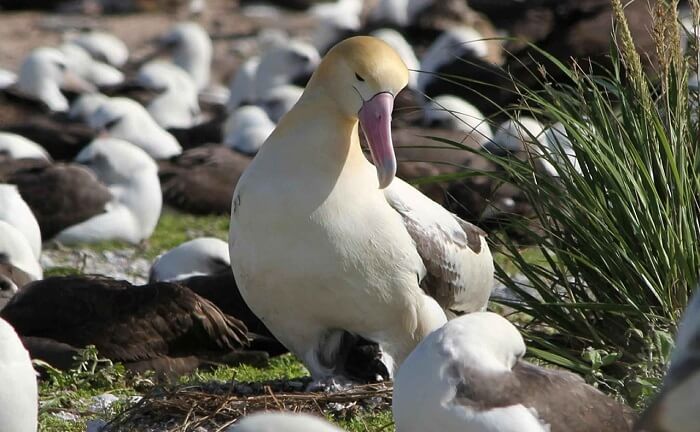 Albatrosses are large seabirds which belong to the biological family Diomedeidae. The adult albatrosses usually have a dark upper-wing and back, and white undersides when they are getting ready to take flight. Albatrosses take several years to get their full adult feathers. The wings of the largest albatrosses can be up to 340 cm (11.2 ft).

They live in the region of the Southern Ocean and the North Pacific Ocean. Albatrosses live together, and they usually nest on islands where no people live. All albatrosses are very good at flying, spending much of their life in the air. They eat squid, fish and krill. Nineteen of the twenty-one species of albatross are endangered. This is partly because animals such as rats and cats attack their eggs, chicks, and sometimes adult birds as well. 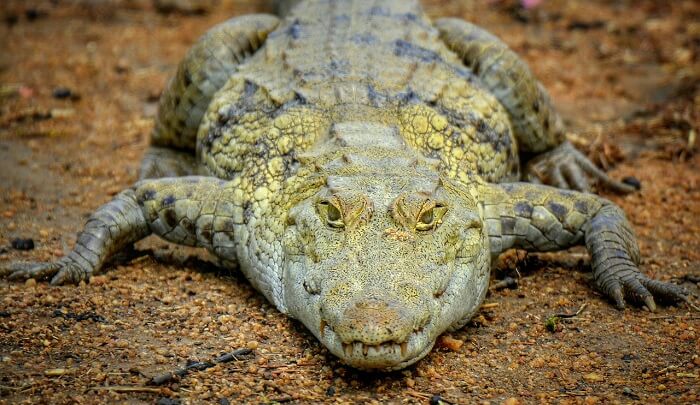 They are known to attack by grasping a limb, then quickly rotating to incapacitate the victim. 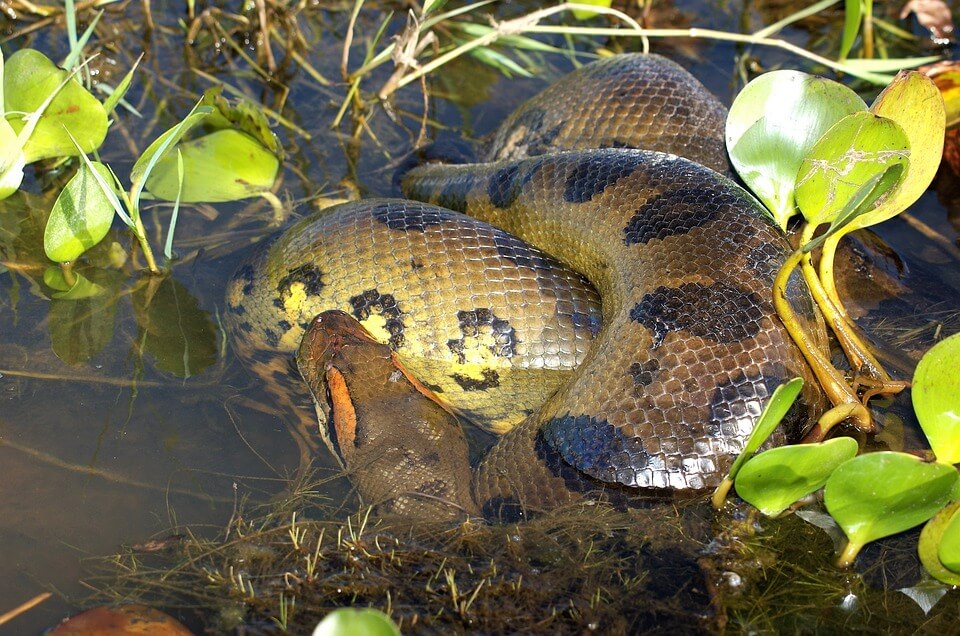 The anaconda is the one of biggest snakes in the world. Also known as the Water Boa, this giant meat-eater lives in swampy areas of tropical (warm) South America. It spends a lot of time in shallow water, hidden from unsuspecting prey. Anacondas are related to boa constrictors. They give birth to live young; 20 to 40 baby snakes are born at one time.

Anacondas are meat-eaters. They mostly hunt at night. Anacondas eat pigs, deer, caiman (a type of crocodilian), birds, fish, rodents (like the capybara and agouti), and other animals. After eating a large animal, the anaconda needs no food for a long time, and rests for weeks. 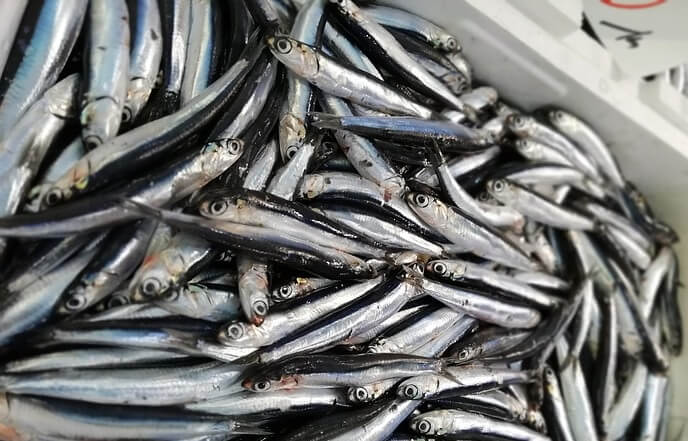 The anchovies are a family of small but common schooling saltwater plankton-feeding fish. They are found in scattered areas throughout the world’s oceans. Anchovies are concentrated in temperate waters, and are rare or absent in very cold or very warm seas.

Spawning occurs between October and March, but not in water colder than 12 °C. The anchovy appears to spawn 100 kilometers from the shore, near the surface of the water. There are many Anchovies in the Mediterranean. 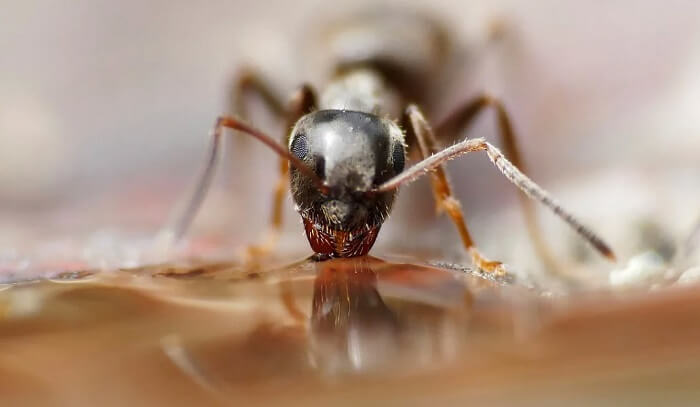 Ants are social insects. There are about 22,000 species of ants. More than 12,500 have been classified. A colony has a female ant, called a queen, who lays eggs. Those eggs will hatch into worker ants. Larger colonies of ants having millions of ants mostly have female ants making groups of workers, soldiers, or other special castes.

Ants have colonies almost everywhere on planet Earth. Ants are usually small, but can carry the weight of twenty ants. Usually, worker ants will carry food back to the colony so that the other ants and the queen can eat. The life of an ant starts from an egg. If the egg is fertilised, the progeny will be female; if not, it will be male. Ants develop by complete metamorphosis with the larval stages passing through a pupal stage before emerging as an adult. The larva is fed and cared for by workers. 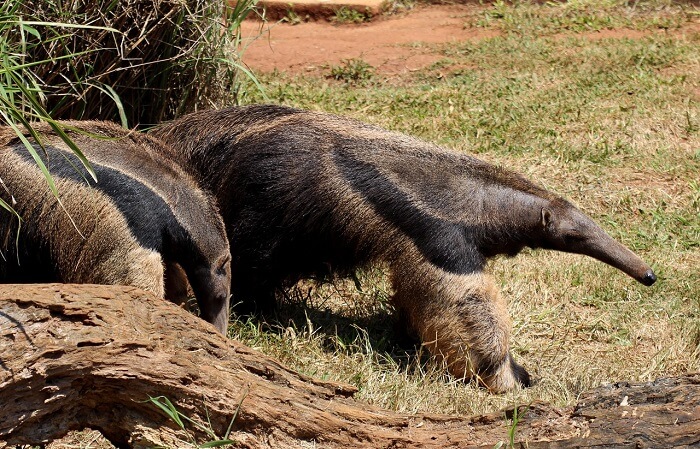 Anteaters are mammals of the family Myrmecophagidae and the suborder Vermilingua. Anteaters live in South America and Central America.

Anteaters eat ants and termites. They have long, sharp claws and a long, sticky tongue. The tongue can be up to 60 cm long, as long as a person’s arm. The anteater opens an ant nest with its claws. Then it licks up the ants with its tongue. 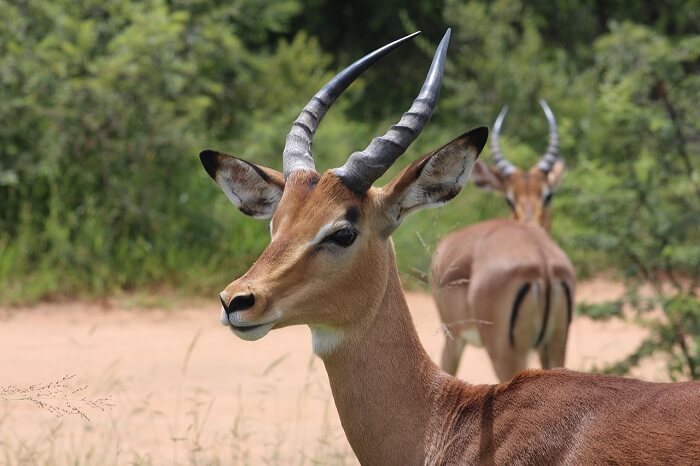 Antelope is a term for many even-toed ungulate species. This is not a strict taxonomic term; they are not a clade. Antelope is a ‘wastebasket taxon’ within the family Bovidae. It includes the old-world species which are not cattle, sheep, buffalo, bison, or goats.

Antelope are found mostly in Africa below the Sahara, and parts of Asia. No antelope are native to North America: the Pronghorn is a member of the family Antilocapridae, another family. True antelope have horns which are unbranched and never shed, while Pronghorns have branching horns, and shed annually. 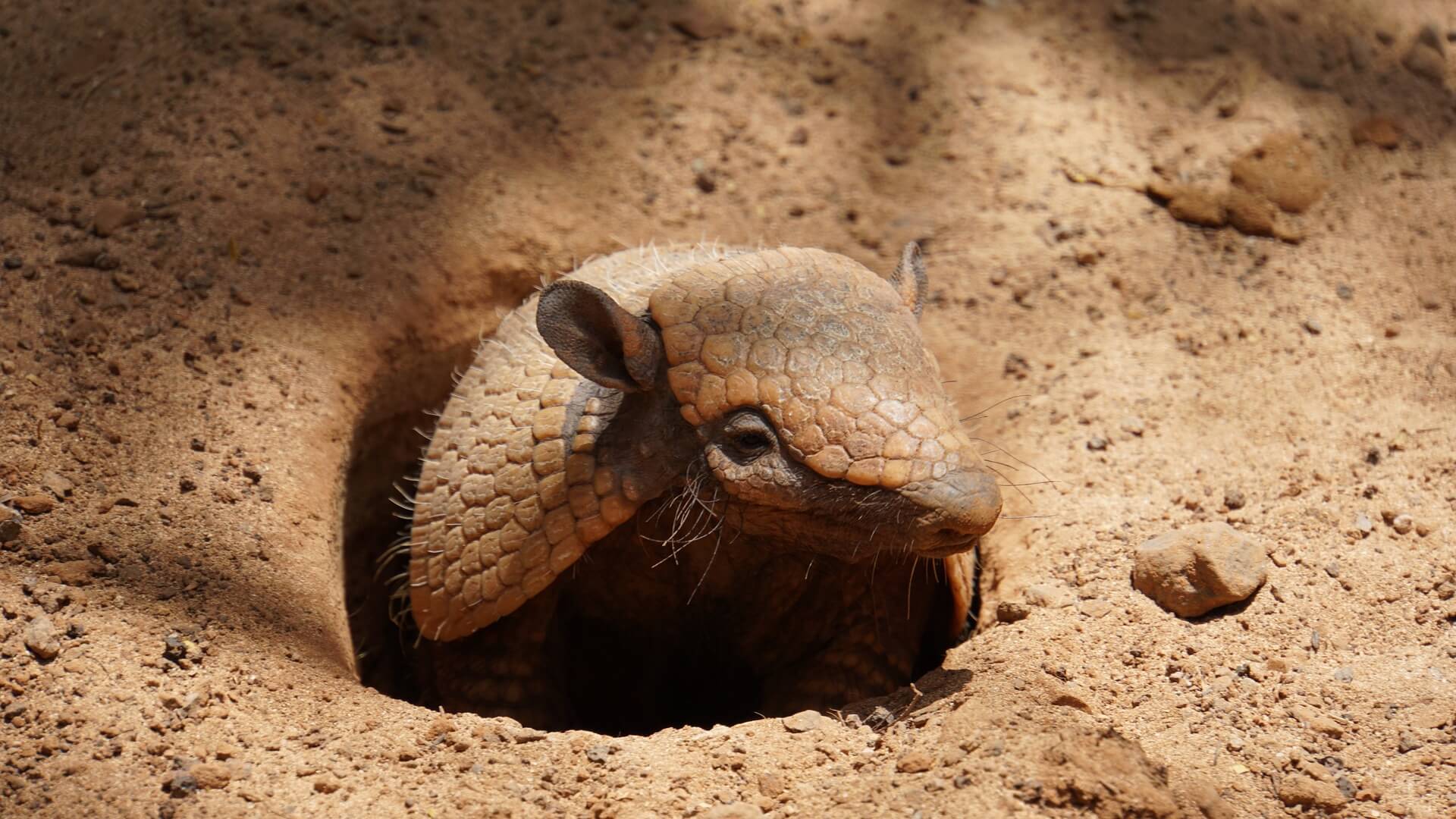 Armadillos are New World placental mammals. They are known for having a leathery armor shell. The word armadillo is Spanish for “little armored one”.

There are about 10 living genera and about 20 species of armadillo. Their average length is about 75 centimeters (30 in), including the tail. The Giant Armadillo grows up to 100 cm (39 in) and weigh 30 kg (66lbs). All species live in the Americas. Most of the 20 species are found in open areas, such as grasslands, but some also live in forests.

Armadillos species are mostly found in South and Central America, especially around Paraguay. Many species are endangered.