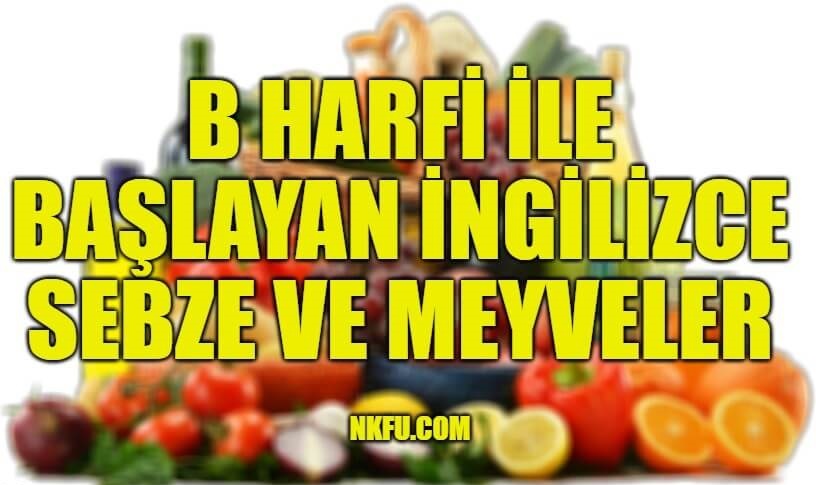 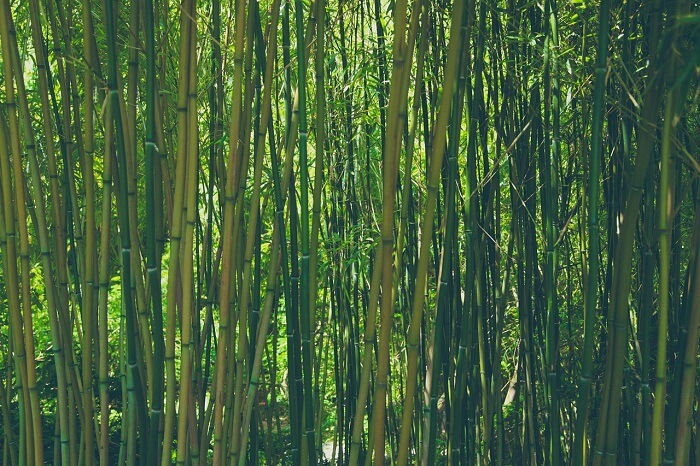 Bamboo is just grass, but it varies in height from dwarf, one foot (30 cm) plants to giant timber bamboos that can grow to over 100 feet (30 m). It grows in many different climates, from jungles to high on mountainsides. Bamboos are further classified by the types of roots they have. Some, called runners, spread exuberantly, and others are classified as clumpers, which slowly expand from the original planting. 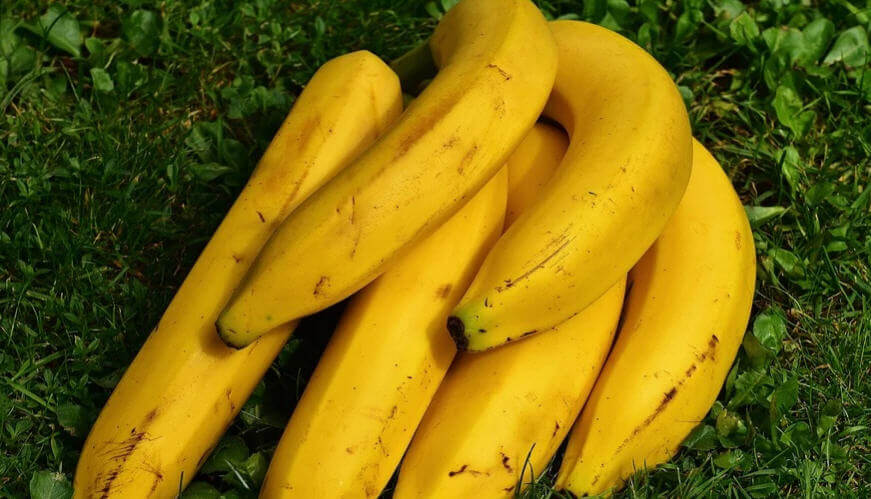 A banana is an edible fruit – botanically a berry– produced by several kinds of large herbaceous flowering plants in the genus Musa. In some countries, bananas used for cooking may be called “plantains”, distinguishing them from dessert bananas. The fruit is variable in size, color, and firmness, but is usually elongated and curved, with soft flesh rich in starch covered with a rind, which may be green, yellow, red, purple, or brown when ripe. 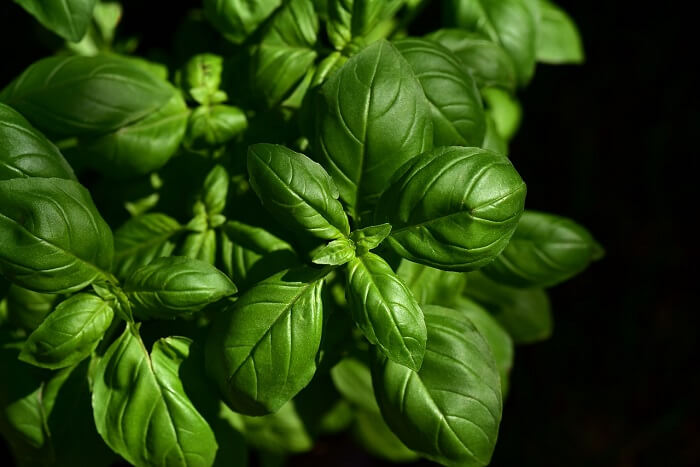 Basil, (Ocimum basilicum), also called sweet basil, annual herb of the mint family (Lamiaceae), grown for its aromatic leaves. Basil is likely native to India and is widely grown as a kitchen herb. The leaves are used fresh or dried to flavour meats, fish, salads, and sauces; basil tea is a stimulant. 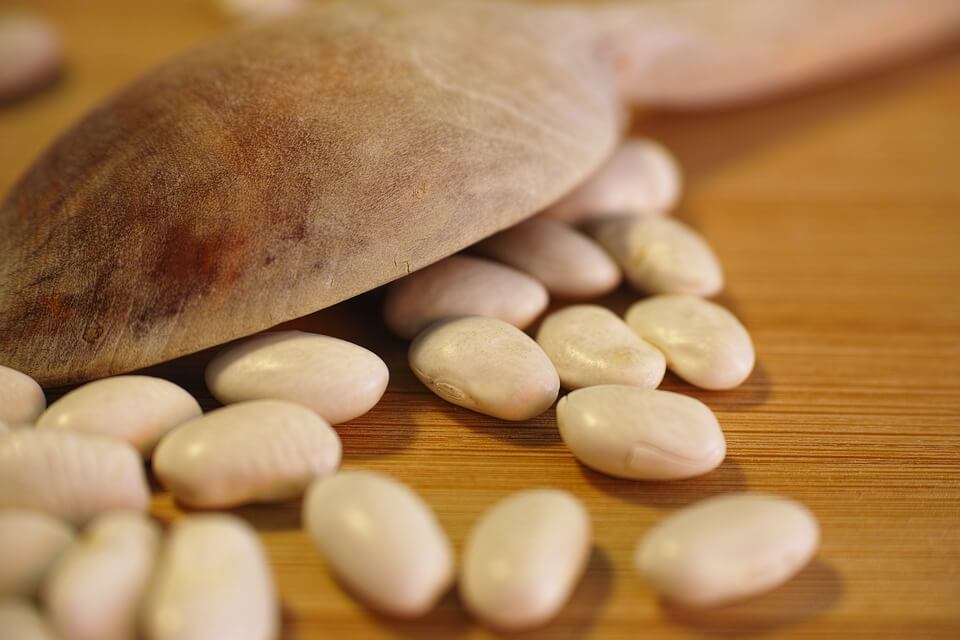 Seeds called “beans” are often included among the crops called “pulses” (legumes), although a narrower prescribed sense of “pulses” reserves the word for leguminous crops harvested for their dry grain. The term bean usually excludes legumes with tiny seeds and which are used exclusively for forage, hay, and silage purposes (such as clover and alfalfa). 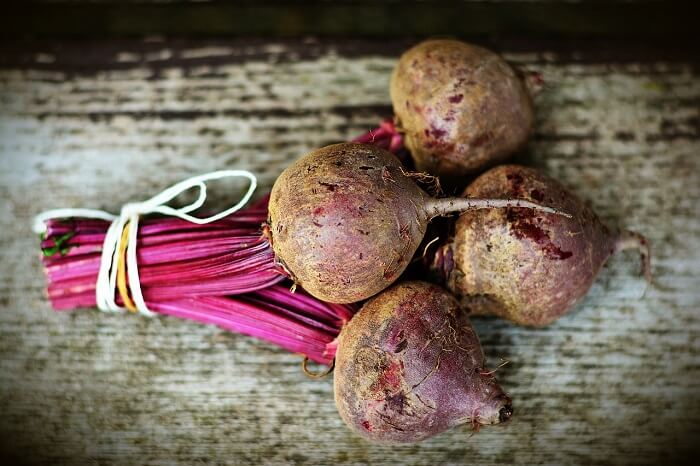 The bell pepper is a cultivar group of the species Capsicum annuum. Cultivars of the plant produce fruits in different colours, including red, yellow, orange, green, white, and purple. Bell peppers are sometimes grouped with less pungent pepper varieties as “sweet peppers”. Peppers are native to Mexico, Central America, and northern South America. Pepper seeds were imported to Spain in 1493 and then spread through Europe and Asia. The mild bell pepper cultivar was developed in the 1920s, in Szeged, Hungary. 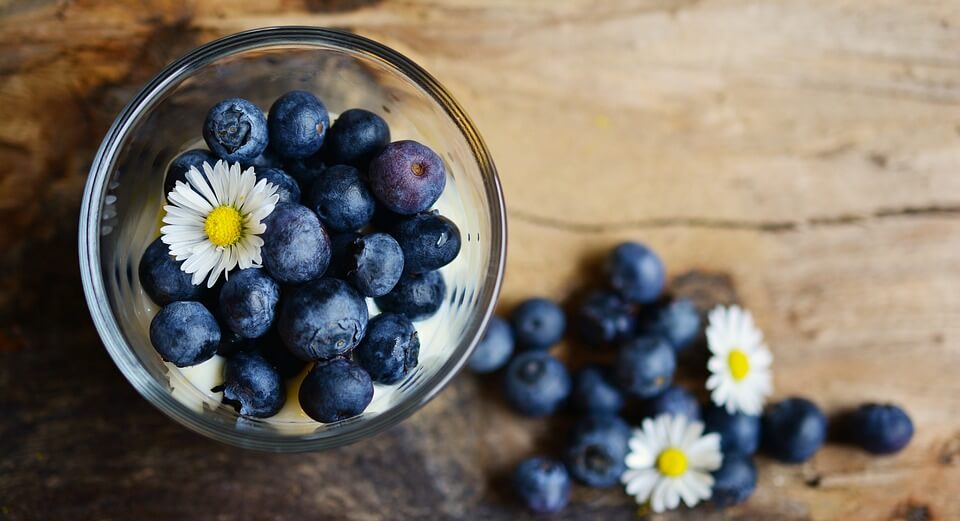 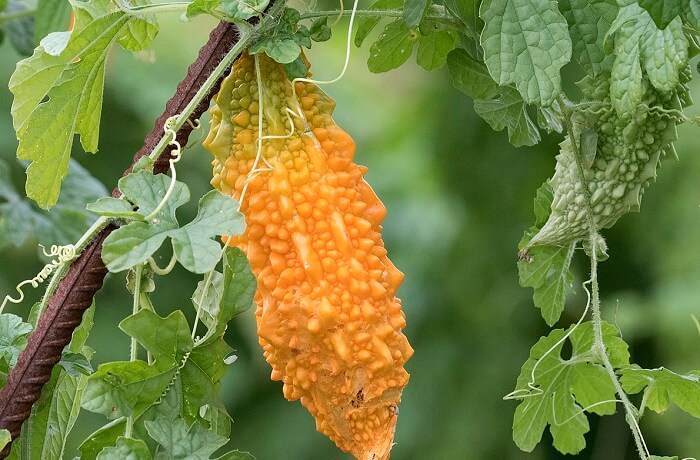 Bitter melon, also known as bitter gourd or karela (in India), is a unique vegetable-fruit that can be used as food or medicine. It is the edible part of the plant Momordica Charantia, which is a vine of the Cucurbitaceae family and is considered the most bitter among all fruits and vegetables. 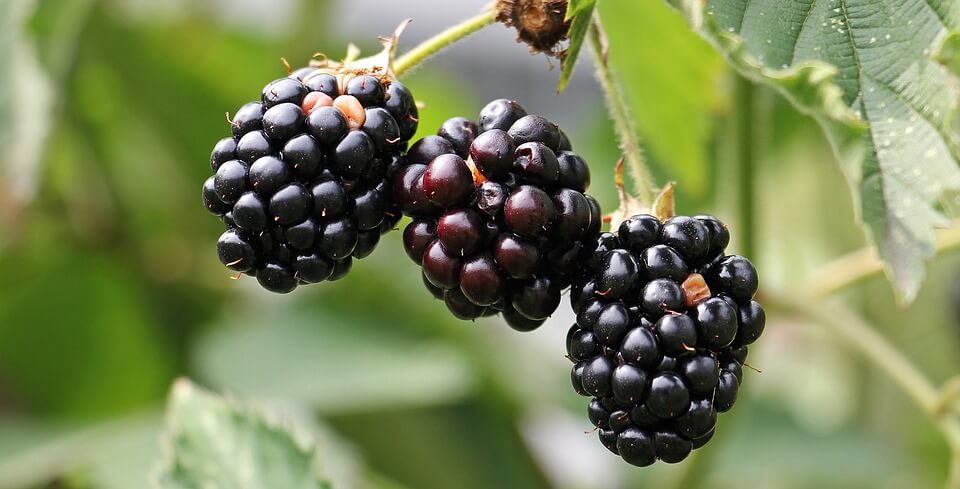 The blackberry is an edible fruit made by any of several species in the Rubus genus of the Rosaceae family. The blackberry shrub is called “bramble” in Britain, but in the western U.S. “caneberry” is the term is used for both blackberries and raspberries. It is a widespread and well known group of over 375 species which reproduce by apomixis. 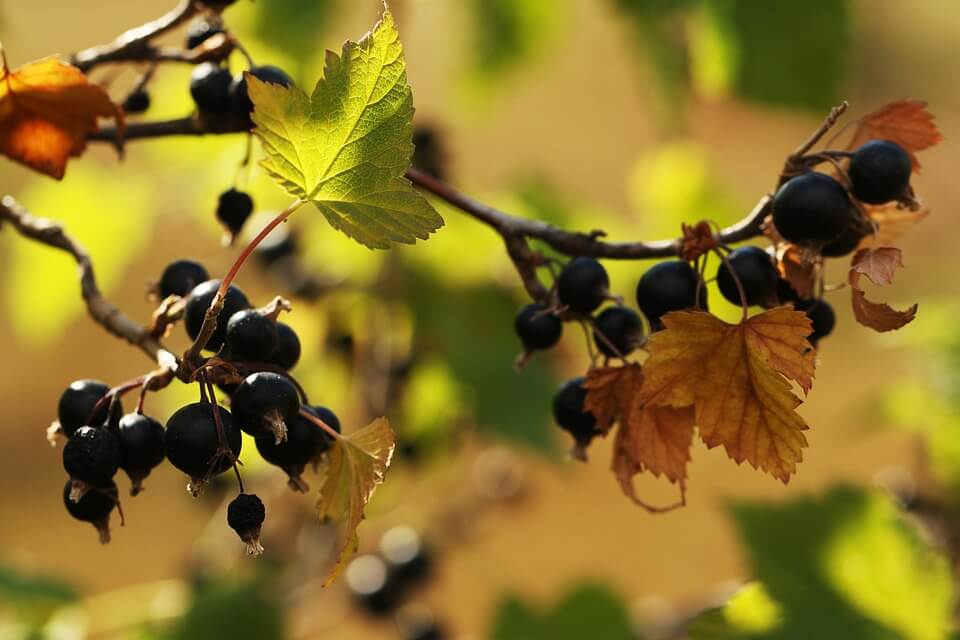 The blackcurrant or black currant (Ribes nigrum) is a woody shrub in the family Grossulariaceae grown for its berries. It is native to temperate parts of central and northern Europe and northern Asia, where it prefers damp fertile soils and is widely cultivated both commercially and domestically. It is winterhardy, but cold weather at flowering time during the spring reduces the size of the crop. 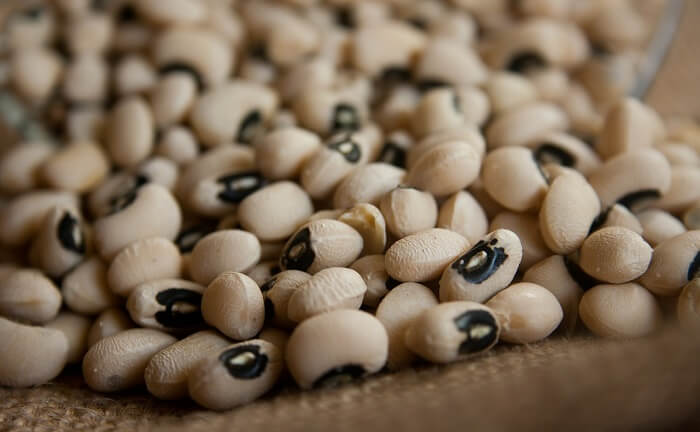 Black eyed peas are small, kidney-shaped beans in the legume family. They are also referred as southern peas or field pea in the Southern states of US, where they desired in specialty dishes. In the botanical nomenclature, the seeds, indeed, are a kind of fieldbeans and not belong to the peas family. 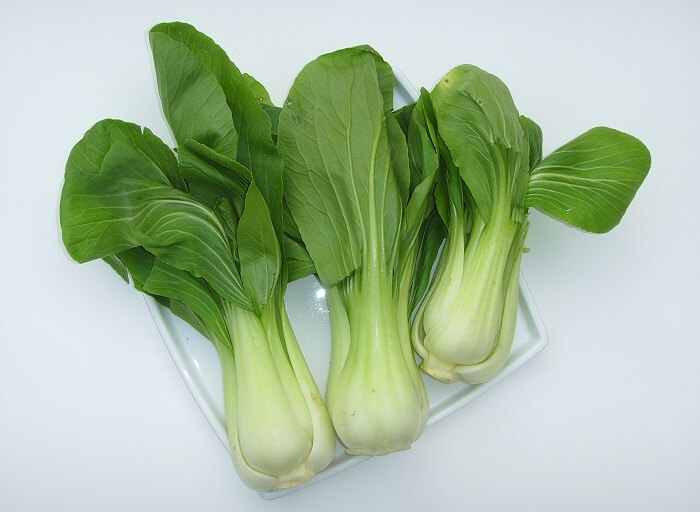 Bok choy is a leafy Asian green that is delicious stir-fried with garlic, ginger and chilli. It contains vitamins A, C and K and it is a good source of dietary fibre. In Victoria, bok choy is at its peak between September and November and also between March and May. 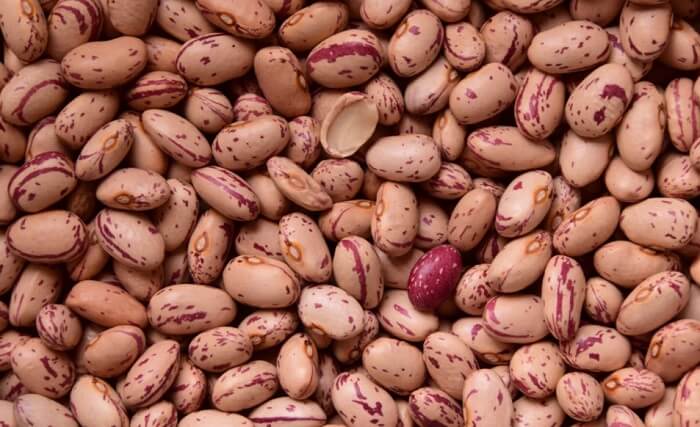 Borlotti beans, also known as cranberry beans or French horticultural beans, are off-white beans with red markings. When you can find them fresh they come in large beige and red pods with colors that resemble the dried beans. In the shell the borlotti’s bright colored pods make a festive table accent. The shell is inedible, but the borlotti beans inside are a culinary treat. 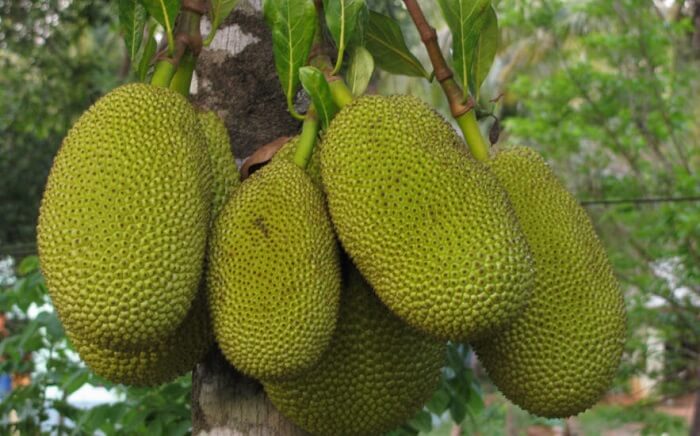 Breadfruit, (Artocarpus altilis), tree of the mulberry family (Moraceae) and its large fruits that are a staple food of the South Pacific and other tropical areas. Breadfruit contains considerable amounts of starch and is seldom eaten raw. It may be roasted, baked, boiled, fried, or dried and ground into flour. 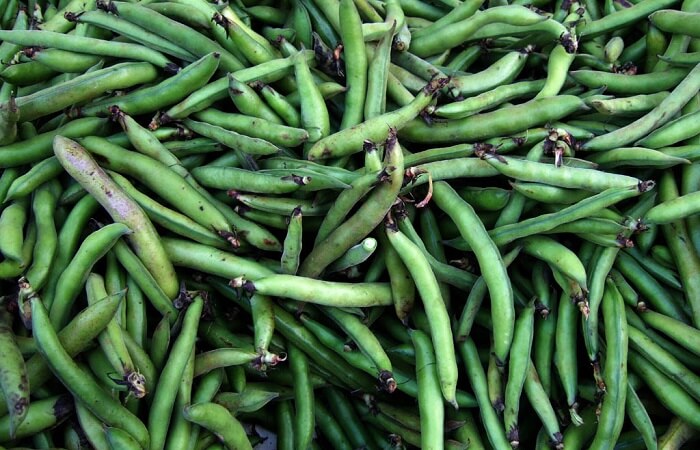 Broad beans are an excellent source of protein and are rich in fibre and vitamin A. In Victoria, they are in season between June and November. When fresh broad beans are not available, canned or dried lima beans can be used as a substitute in recipes. 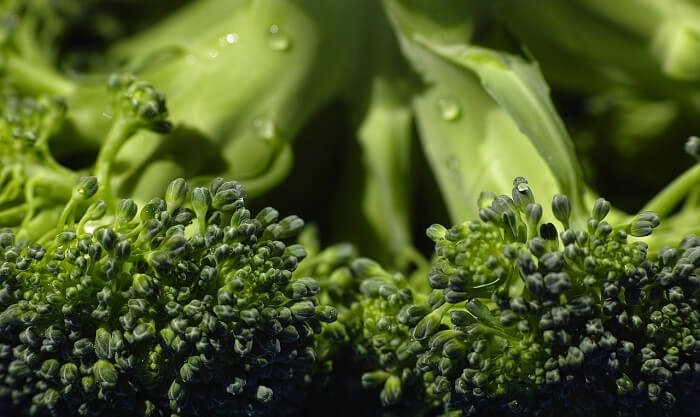 Broccoli is an edible green plant in the cabbage family (Brassicas) whose large flowering head and stalk is eaten as a vegetable. The word broccoli comes from the Italian plural of broccolo, which means “the flowering crest of a cabbage”, and is the diminutive form of brocco, meaning “small nail” or “sprout”. 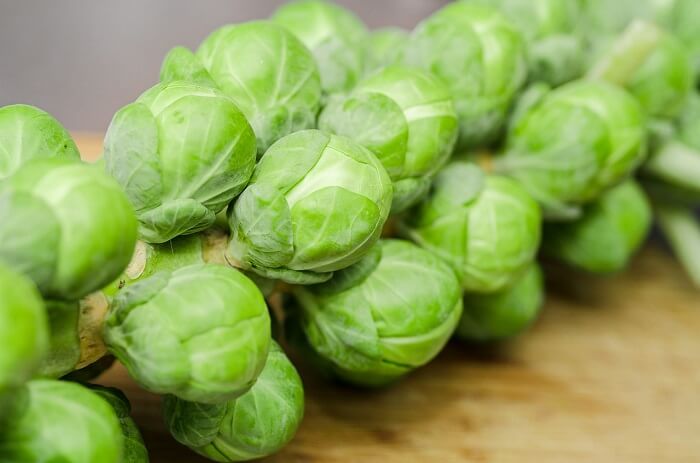 These greens belong to the same Brassica family of vegetables as broccoli, cauliflower and cabbage. They look like mini cabbages that measure about 2.5-4 centimetres in diameter. The buds grow on plants that measure about 60-120cm in height rather than on the ground like broccoli and cabbages. Each stalk has about 15-20 sprouts on it. Brussels sprouts grow best in cool temperatures between autumn to spring. 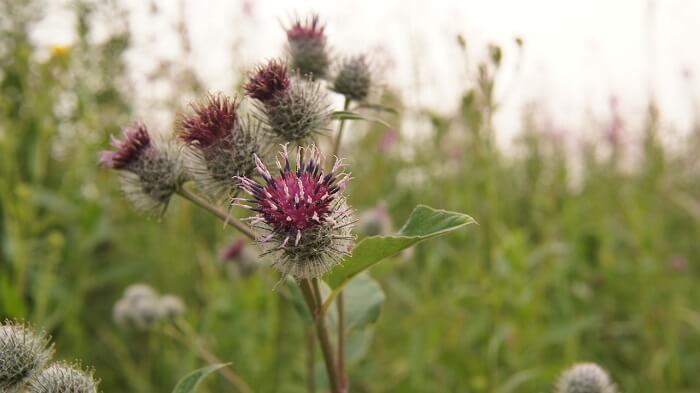 Burdock is a plant that is found all over the world. Burdock root is sometimes used as food. The root, leaf, and seed are used to make medicine. Some people take burdock by mouth to increase urine flow, kill germs, reduce fever, and “purify” their blood.