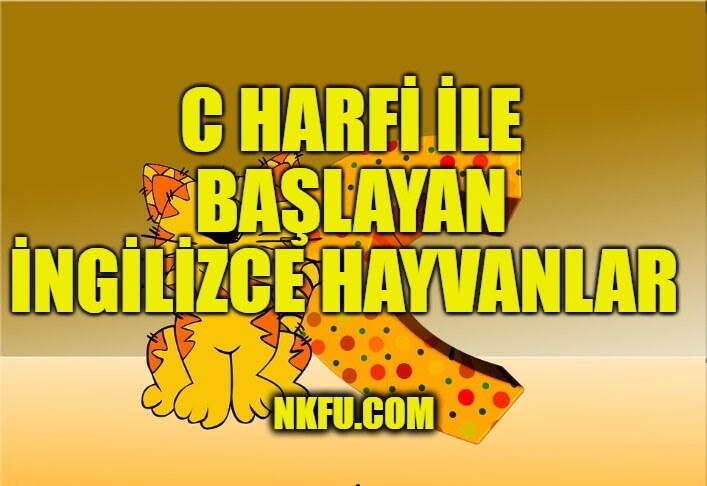 Camel is a large hoofed animal that is most commonly found in the hot deserts of Northern Africa and the Middle East. Thought to have been first domesticated by native people more than 5,000 years ago, these hardy animals have proved vital to the survival of humans in these areas as they are not just used for transporting both people and goods, but also provide a good source of milk, meat and wool. The Camel is one of the most unique mammals on the planet and has adapted perfectly to life in the desert where food and water can often be scarce, and the temperature changes rapidly from the scorching-hot days to the cooler nights. DEVAMI

The Canary bird is set aside from other pet birds because of their beautiful singing ability. Canaries are known for their beauty and their song and have been kept as pets since the 1400s. They are not companion birds and are better admired from afar, but this doesn’t make them any less of a great pet. They do spend a lot of time in their cages, so you need an adaquately sized cage with perches on either end to provide them with maximum flying space.

Carp are a large freshwater fish native to central Asia. Introductions in many countries have helped to make carp the most widely distributed freshwater fish in the world. They are extensively farmed in Europe, Asia and the Middle East, and are a popular angling fish in Europe. However, in North America, Canada and Australia, carp are considered a significant pest.

Cats seem to date back to around ancient Egyptian times, when they were worshipped and heralded as sacred animals to the Gods in Egypt. The cat has since become an honoured and valued member of family homes worldwide. A cat’s senses are superior amongst the animal world, with exceptional sight, smell and taste, cats are able to subtly sneak up on, and catch their prey with immense success.

Cats (domestic cats) seem to date back to around ancient Egyptian times, when they were worshipped and heralded as sacred animals to the Gods in Egypt. The cat has since become an honoured and valued member of family homes worldwide. A cat’s senses are superior amongst the animal world, with exceptional sight, smell and taste, cats are able to subtly sneak up on, and catch their prey with immense success.

Cattle, domesticated bovine farm animals that are raised for their meat, milk, or hides or for draft purposes. The animals most often included under the term are the Western or European domesticated cattle as well as the Indian and African domesticated cattle. However, certain other bovids such as the Asian water buffalo, the Tibetan yak, the gayal and banteng of Southeast Asia, and the plains bison of North America have also been domesticated or semidomesticated and are sometimes considered to be cattle.

The chameleon is a very distinctive and well-known species of lizard, due to the large eyes and curled tail of the chameleon. Chameleons are found throughout jungle and desert alike, in Africa, Asia and parts of Southern Europe and chameleons have also been introduced to parts of North America.

The Chicken is a domesticated bird that is raised to offer eggs and meat. They are very social and often found in coops. They are quite vocal and you will hear them making various noises all day long. This is source of calm interactions for them though.They consume a variety of foods including insects, seeds, and mice. However, in most domestic settings they are given grain as a way to keep them healthy and to offer a cheap source of feed for the Chickens. They can range in size and color depending on the species.

Chickens are omnivorous animals meaning that they eat a mixture of plant and animal matter. Although chickens are commonly seen scratching on the ground in search of seeds, berries and insects, chickens have also been known to eat larger animals such as lizards and even small mice.

Cicadas are oval-shaped, winged insects that provide a buzzing and clicking song heard in nature throughout the summer. Most cicadas appear every year in late June through August, while others emerge only every few years. There are around 3,000 cicada species, so they vary in size from 0.75 to 2.25 in (2.2 to 5.5 cm) long. Cicadas can be black, brown or green and can have red, white or blue eyes. Their wings are transparent and can seem rainbow-hued when held up to a light source.

Cobras, with their threatening hoods and intimidating upright postures, are some of the most iconic snakes on Earth. Their elegance, prideful stance and venomous bite have made them both respected and feared. Cobras are Elapids, a type of poisonous snake with hollow fangs fixed to the top jaw at the front of the mouth. These snakes cannot hold their fangs down on prey so they inject venom through their fangs.

The cockroach, also known as the roach, is found worldwide in every environment and every habitat with the exception of water. The cockroach is one of the most commonly known pests to humans of the insect world but plays a vital role in the ecosystem ingesting decomposing materials. There are thought to be around 4,000 known species of cockroach in existence but only about 30 of the different species of cockroach are the ones that humans come into contact with. 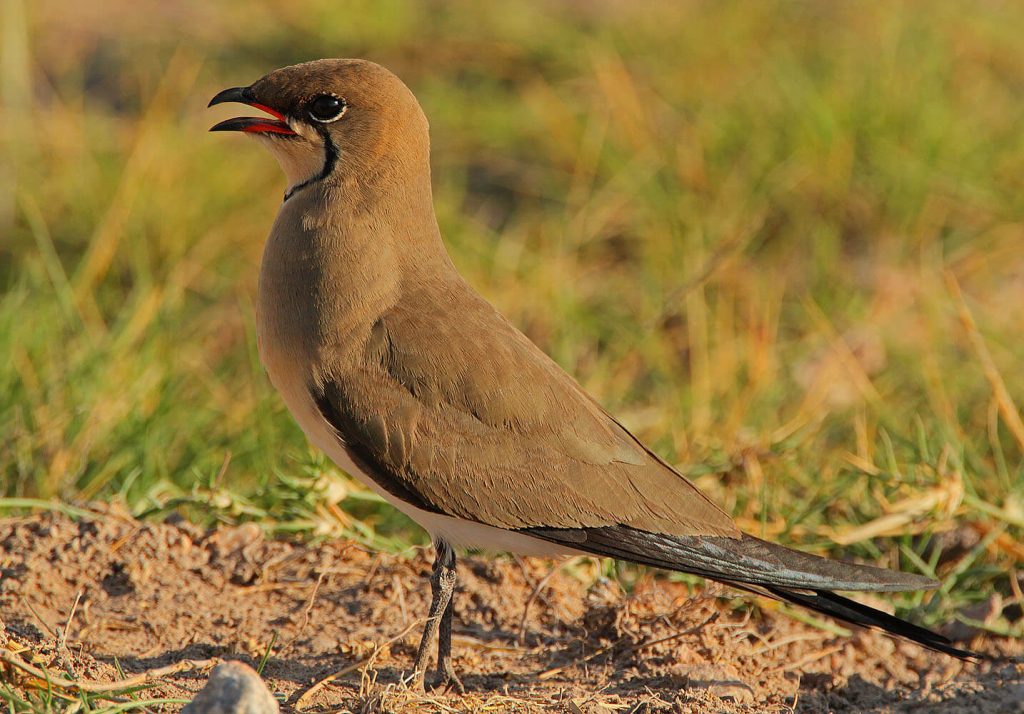 The collared pratincole, also known as the common pratincole or red-winged pratincole, is a wader in the pratincole family, Glareolidae. As with other pratincoles, it is native to the Old World. This pratincole is 24–28 cm (9.4–11.0 in) long with a 60–70 cm (24–28 in) wingspan. It has short legs, long pointed wings, a long forked tail, and a short bill, which is an adaptation to aerial feeding. The back and head are brown, and the wings are brown with darker flight feathers. The belly is white. The underwings are chestnut, but look dark below.

Cows are raised in many different countries around the world, mainly for the cow’s natural resources such as milk, meat and leather. In India, the cow is seen as a sacred animal. There are thought to be nearly 1.5 million cows worldwide, most of the cows are sadly kept by farmers but there is sure to be the odd rouge escaped wild cows somewhere!

Coyotes (prairie wolf) are native to North and Central America although they are believed to have split off from the European grey wolf. They are a species in their own right, differing from wolves in vocalization patterns, ecology, pack structure. Coyotes grow up to about 90cm in length, which is a similar size to a medium dog. The northern subspecies of coyote generally grows bigger than the southern subspecies of coyote.

The crab is a type of crustacean similar to prawns, shrimp and lobster. There are more than 6,700 known species of crab found in waters worldwide and these many crab species are split into around 93 different crab groups. Most crab species are found in the shallower ocean waters where the crabs tend to inhabit rocky pools and coral reefs.

Crocodiles are large sized reptiles with thick, scaly skin that is made up of armoured, waterproof plates that both protects them from potential predators and also prevents their bodies from drying out. These scales come in a variety of colours from dull olive and green, to brown, greys and black meaning that they are very easily camouflaged in the surrounding water and vegetation. Like other crocodilian species, their eyes and nostrils are located on the very top of their broad head and snout so that they can lay in wait in the water with almost none of their bodies exposed in order to more successfully ambush prey. Their vertically flattened tails are immensely strong and are used to propel them through the water, as although they do have webbed feet, they do not use them to aid them when swimming.

Crows are black birds known for their intelligence and adaptability, and for their loud, harsh “caw.” They also have a reputation for damaging crops; however, their impact may be less than previously thought. There are about 40 species of crow, so there are many different sizes of crows. Crows are extremely intelligent birds. They are known for their problem-solving skills and amazing communication skills. For example, when a crow encounters a mean human, it will teach other crows how to identify the human. In fact, research shows that crows don’t forget a face.

The cuttlefish is a small-medium sized mollusc that is found throughout the ocean waters of the world. In the same way as their squid and octopus relatives, cuttlefish have a large, elongated body with tentacles surrounding their mouths. Cuttlefish are found in large numbers throughout the world’s ocean waters from the warm, tropical shallows to the cold depths of the deep ocean.