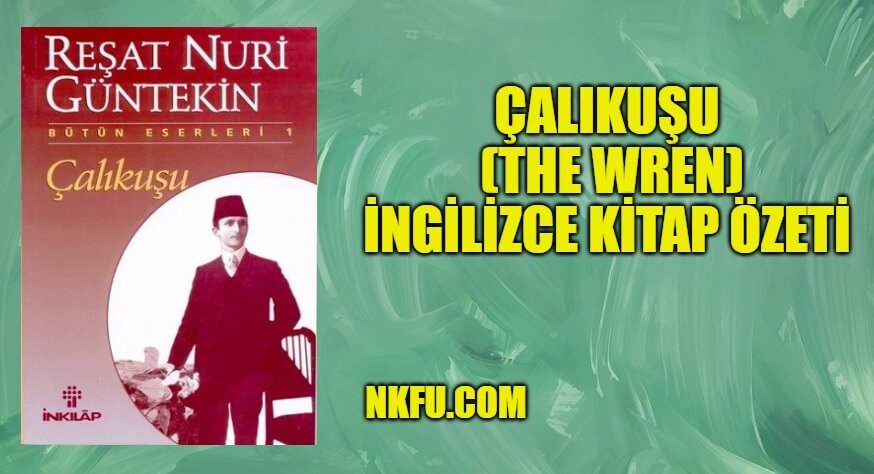 The events in the novel take place in the early twentieth century, in a warweary Ottoman Empire that is about to collapse. Most of the novel is narrated in the first-person point of view by Feride. In the first section, Feride narrates her childhood and the events that brought her to the alien hotel room which she indicates she is in. The second and the largest section of the book is constituted of Feride’s diary entries. The third section is the only one written from the third person point of view, and recounts the events during Feride’s visit to her family.

Feride is the orphaned daughter of an army officer, and as a teenager attends Lycee Notre Dame de Sion in the winter, and stays with one of her late mother’s sisters during the summer holidays. She is given the nickname “the Wren” during her time at school for her vivacity and mischief, two characteristics considered unusual and even a bit inappropriate for Muslim girls at that time. She gets engaged to her charming cousin, Kamran, whom she leaves the night before their wedding, upon discovering that he has been unfaithful to her.

She runs away from home to become a teacher in Anatolia

She runs away from home to become a teacher in Anatolia, although she remains desperately in love with Kamran. She is forced to move from town to town several times during her first three years as a teacher, as a result of the incompetence of officials, the malice of colleagues and the unwanted attention she gets from men because of her beauty and her lively manner. Meanwhile, she adopts a little girl called Munise, finds out that Kamran has married the woman he had cheated on Feride with, and develops a friendship with Hayrullah Bey, an elderly military doctor who treats Feride with fatherly affection. At the end of these three years, Munise dies and Feride is forced to resign from her post and marry the doctor because of the rumors about her “indecent behavior”.

A couple of years later, Feride returns to Tekirdag to visit one of her aunts and her cousin Mujgan, where Kamran, now widowed and with a small child, also happens to be. He has never got over Feride, painfully regrets having cheated on her, and confesses to have married the other woman only out of pity after he heard false rumors about Feride being in love with another man.

The night before her arranged departure

The night before her arranged departure, Feride confesses to Mujgan that her marriage to the doctor has never been consummated and he has in fact died recently. He told Feride to revive her ties to her family as his last wish, and gave her a package to be entrusted to Mujgan. Mujgan takes the package to Kamran, which turns out to be Feride’s diary which was hidden and preserved by the doctor. Finding out that Feride is still in love with him, Kamran arranges to be wedded to Feride the next day without her knowledge.

The novel ends with their long-awaited reunion, and Kamran’s confession that he betrayed her all those years ago because of his insecurity about her love for and loyalty to him, due to her ostensible frivolity and harsh treatment of him.