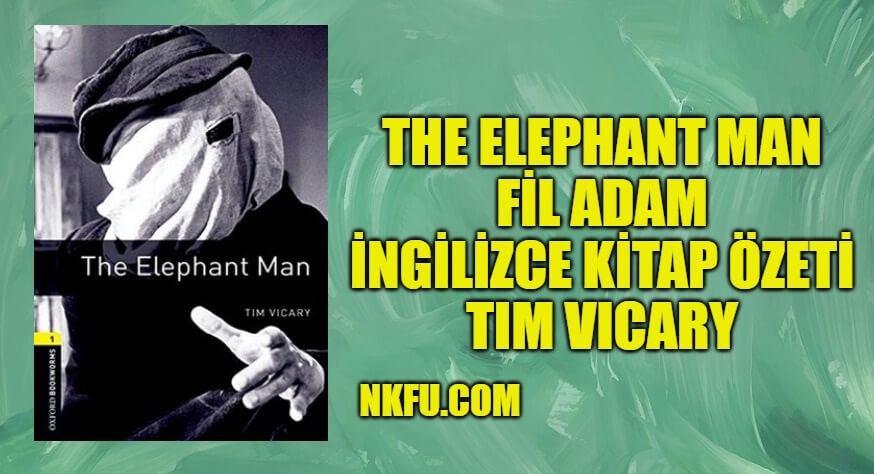 Elephant Man is the true story of the life of Joseph Merrick who lived in England. He was born on August 5, 1862 and died in April 1890. He is remembered for two things: the disease, now known as multiple neurofibromatosis, which made his appearance repulsive to most people; and secondly, his gentle and kind personality which won him many friends and made the last years of his life happy.

Joseph seemed to be a normal baby, but around the age of 21 months, strange growths appeared on his head, face, lips, and right hand. No one knew why this happened. His mother thought it was because she had been frightened and knocked down by an elephant, that had escaped from the fair, when she was pregnant. Somehow, she thought, her fear had caused her young boy to grow ugly, big and wrinkled, like an elephant.

Joseph’s mother loved him very much. She didn’t care about his looks. She sent him to school and tried to treat him like other children. She had another baby, William Arthur, and finally, a daughter, Marion Eliza. Joseph’s mother got sick when she was 36 years old, and she died soon after. Joseph was just 10 years old.

His father remarried – this time to a young widow, named Emma, who had children of her own. She didn’t like Joseph because of his appearance, and treated him badly. He began to run away to his uncle’s place, but usually his father would come to take him home again. Joseph was very unhappy, and one day when he was 15, he ran away, never to return to his father’s house. He never saw his father again.

Joseph lived with his uncle for two years. He was happy. To earn money, he sold gloves and stockings to people in the street. But Joseph became more and more repulsive, and the growths on his body got larger and more grotesque. He quit his work of selling gloves and stockings because people in the street were afraid of him. His uncle couldn’t keep him any longer. And so, just after Christmas in 1879, Joseph moved into a workhouse for poor people. 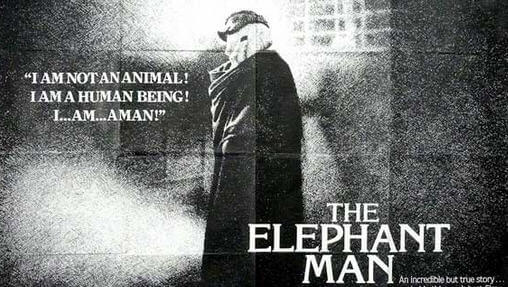 Joseph grew more and more unsightly as he grew older. Although he was only 5’2″ tall, parts of his body were very big. The circumference of his huge head was 36″. His enormous skull was irregular in shape. There were growths the size of oranges popping out of his skull. He had little hair, and kept losing it until he was almost bald. Although his left arm and hand were of normal size and had smooth skin, his right wrist was 12″ in circumference, and it was clumsy and useless to Joseph. His biggest finger was 5″ around.

Strangely, however, his fingernails were perfect. His skin hung in loose folds, or wrinkles, over his body and it was rough. Growths like cauliflowers covered his body. It was hard to keep himself clean, so Joseph wreaked of a foul odor.

Because his lips were so twisted, it was hard to understand Joseph’s speech. Many people thought he was an imbecile, or very stupid. But in fact, Joseph was very intelligent.

The Days of Vanity Fair

Mr. Sam Torr was a comedian and a showman. He sang funny songs and played tricks. He was also interested in exhibiting freaks and monsters such as “The Electric Lady”, midgets, and now, “The Elephant Man”. People would pay a few pennies to see Joseph, nearly naked. They could see his huge right hand, the ugly lumps on his head, and his twisted lips and mouth. The show moved from one town to the next.

When the show reached London a young doctor named Frederick Treves went to see Joseph. He was very interested in Joseph’s sickness and he examined Joseph carefully. He wanted to tell other doctors about this strange human being, hoping they would help in diagnosing Joseph’s problems. Treves’ colleagues, however, were not interested.

The show moved on to other towns and cities. Joseph was cared for and he was earning money. He was content. But then, people stopped coming to the freak shows. They did not think it was funny to see human beings like the Elephant Man. Instead, they felt sorry for him and many people asked the police to close down the show.

Once again, Joseph was alone and poor. He took the train back to London, and having no money, no job, no friends, and nowhere to go, he took a chance on asking Dr. Treves for help. It was Joseph’s saddest moment.

Dr. Treves remembered Joseph immediately, and went to help him. He brought him to the hospital where he gave Joseph a room to himself. The nurses bathed him and fed him.

Soon Joseph was happy again. Although he could not easily leave the hospital because he would frighten people on the street, Dr. Treves found interesting people who came to the hospital to befriend Joseph. These friends didn’t care that Joseph was ugly. They took him to the theatre, on holidays in the country, and came often to his room to visit him. They gave money to the hospital to help take care of Joseph for the rest of his life.

Joseph became famous, and famous people such as the Princess of Wales wanted to be his friend. Dr. Treves was probably Joseph’s best friend. They visited everyday: they talked, looked at pictures and enjoyed each other’s company. Joseph loved to spend time making models of the beautiful cathedral he could see from his window.

Joseph became weaker and sicker. When he was only 27 he was like an old man. His head was enormous, and he was in danger of choking in his sleep from the weight of his head. Dr. Treves knew there was no cure or treatment for the disease. Still, Joseph was happy with the visits of his friends, his few trips out of the hospital, his reading, and writing letters.

The end came on April 11, 1890. Joseph died gently and peacefully in his sleep.