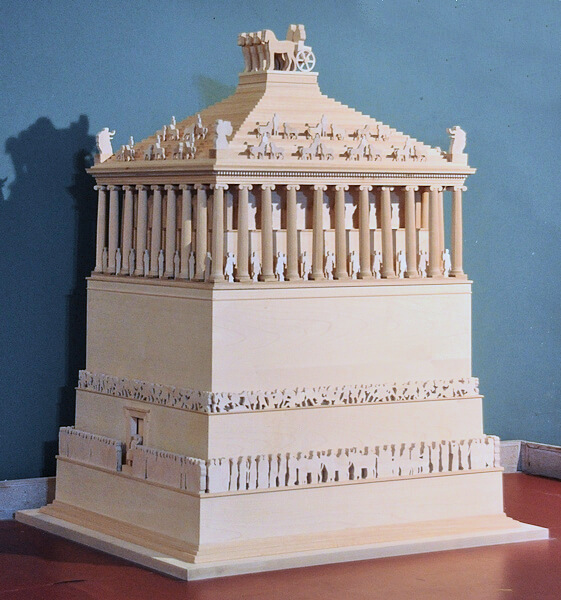 The Mausoleum at Halicarnassus was built by Artemisia after her husband Mausolus died. Mausolus and Artemisia had ruled over Halicarnassus and the region surrounding it for 24 years. When Mausolus died in 353 BC, Artemisia was reported to have been so broken-hearted she hired the most talented artists to create the most magnificent tomb in the world. The finished tomb was 147 feet tall and sat on a hill overlooking Halicarnassus.