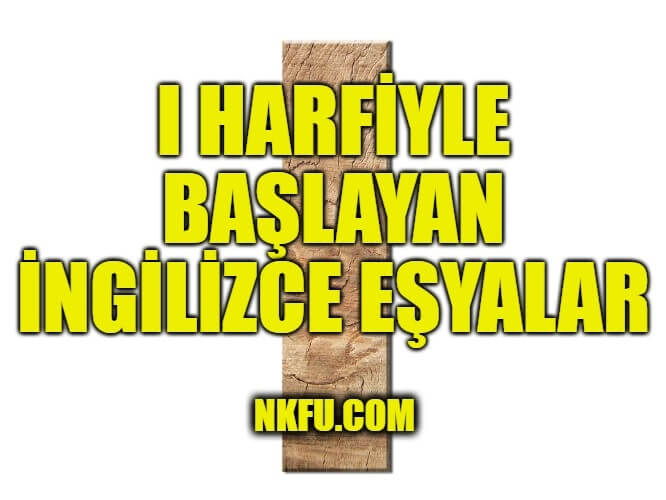 A shoe or light boot with a metal runner or blade fitted to the sole, used for skating on ice.
Türkçesi: Buz pateni

an Eskimo house or hut, usually dome-shaped and built of blocks of packed snow
Türkçesi: Eskimo kulübesi
An igloo also known as a snow house or snow hut, is a type of shelter built of snow, typically built when the snow is suitable. Although igloos are often associated with all Inuit peoples, they were traditionally used only by the people of Canada’s Central Arctic and Greenland’s Thule area. Other Inuit tended to use snow to insulate their houses, which were constructed from whalebone and hides. Snow is used because the air pockets trapped in it make it an insulator. On the outside, temperatures may be as low as −45 °C (−49 °F), but on the inside, the temperature may range from −7 to 16 °C (19 to 61 °F) when warmed by body heat

a colored liquid used for writing, drawing, etc.
Türkçesi: mürekkep
Ink is a gel, sol, or solution that contains at least one colourant, such as a dye or pigment, and is used to color a surface to produce an image, text, or design. Ink is used for drawing or writing with a pen, brush, reed pen, or quill. Thicker inks, in paste form, are used extensively in letterpress and lithographic printing.

The definition of an instrument is a tool for doing work, particularly for scientific or artistic purposes.
Türkçesi: enstrüman

an appliance with a flat metal bottom, used when heated, as by electricity, to press or smooth clothes, linens, etc.
Türkçesi: ütü

A long, narrow padded board, often with collapsible supporting legs, used as a working surface for ironing.
Türkçesi: ütü masası