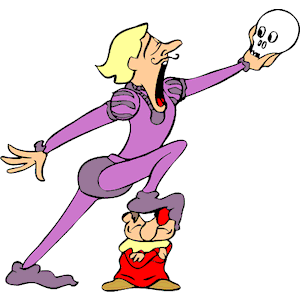 Who are they and what do they do?

The job of an actor is to perform or speak for individual characters in a theatre, on television, radio or in a film. S/he usually specialises either in theatre or film, or in the puppet theatre.

What are the activities of the job?

Working activities include – studying the script of a particular theatre or radio play, television play, TV serial or film (including e.g. fairy tales, sitcoms and other short films) to portray the character played by the actor. S/he will consult with the director about various ways of performing a particular character. Studying his/her part. Participating in rehearsals of the play, serial or film under the director’s guidance, possibly adapting some of his/her own part or even some parts of the original script. Acting in theatre performances on theatre stages – acting in radio and TV plays, in radio or television studios

Acting in individual scenes of the film or serial (recording is quite often carried out over several months in studios and in various other environments). Acting in advertisements and video-clips, including rehearsals with a director – featuring in programmes for children, entertainment programmes, shows, competitions, and at various social undertakings – dubbing (recording a translation) of foreign films and serials. Manipulating and/or speaking for marionettes in puppet performances, including rehearsals with a director.

Where is it done and under what conditions?

The job is done on stages, in studios as well as in outdoor venues which can be town streets, the open air and many other places. Changing weather conditions, and, in particular, unsocial working hours, staying away from home for long periods must be expected.

What tools/equipment do they use?

You need to have graduated in dramatic arts from a theatre or drama school or faculty. Have acting talent, ability to move and speak well. To enter into the spirit of the character, good memory, patience, concentration, ability to improvise, individual and cultivated appearance and manners, ability to work in a team.

What do you need to succeed?

The progress of actor’s career depends on his/her talent and abilities. He/she is either an actor employed by a theatre or a freelance actor who has to negotiate contracts for each individual featuring himself/herself or through an agency or his/her personal manager.