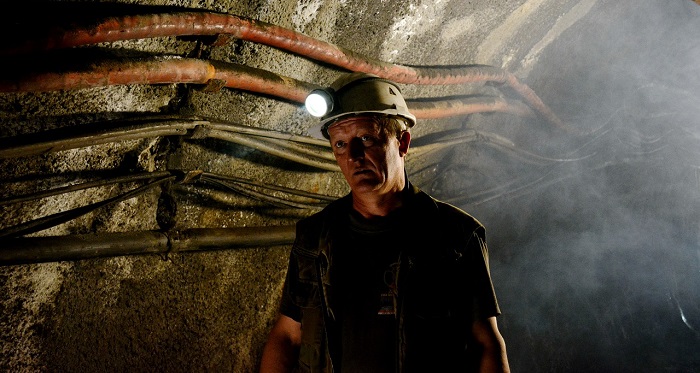 Imagine going to work underground! Some coal miners spend much of their time underground, freeing deposits of coal from the earth, then bringing the coal to the surface where it can be taken to preparation plants and processed. Why coal?

Believe it or not, coal is a very important fossil fuel, meaning that it comes from the remains of plant and animal matter, and we use it for energy. For example, coal is burned to create electrical power that can heat and light our homes. Coal is also used in the manufacturing of steel and plastic.

Some coal is at or near the surface of the earth. Coal miners in charge of extracting this coal don’t have to go underground! They can uncover the coal by using machines to move the rocks and earth above the coal, then scooping it out of the ground. Miners may even use explosives to break up the coal before taking it from the ground. This is called surface mining.

Other miners must dig tunnels underground, then use machines such as chainsaws and drills, or items such as explosives, to free the coal from the ground! This is called underground mining. Some miners don’t remove coal at all! Instead, it is their job to make sure the mines are safe for the other miners. Miners are hard workers who enjoy spending time outdoors and often aren’t bothered by working in dark, damp, or dusty underground conditions!

What Does a Coal Miner Do?

When it comes to searching for a job, many search for a key term or phrase. Instead, it might be more helpful to search by industry, as you might be missing jobs that you never thought about in industries that you didn’t even think offered positions related to the coal miner job title. But what industry to start with? Most coal miners actually find jobs in the construction and energy industries.