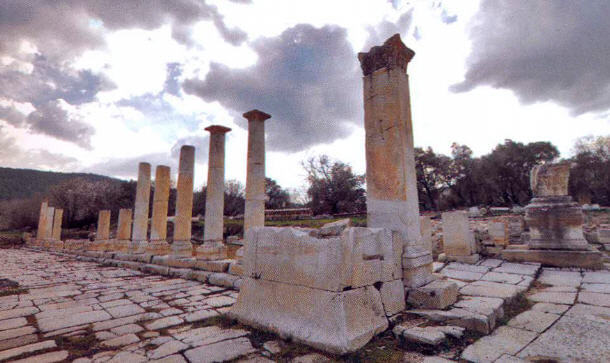 Stratonikei, one of the central Carian Cities, is located in Eskihisar neighborhood of Yatağan. The scientific excavations began in 1977, excavations are still ongoing. Among the attractions in the city are the city walls, the monumental fountain beside the city gate, and a colonnaded street, gymnasium, bouleterion, city bath, temple and theater. Baths of the Emirates period and the houses dating from the late Ottoman period and the streets, cafes and shops that make up the texture of the city, are teeming with ancient habitation. Stratonikeia has attracted the attention of visitors due to a combination of many buildings from different eras. 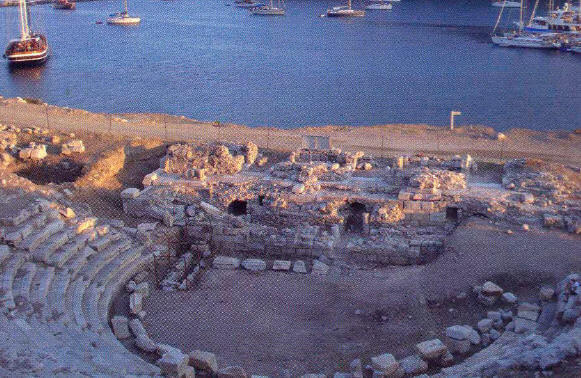 Knidos is in Datça district of Muğla. In 4th century BC, Knidos has been carried to the place where the magnificent remains are seen today, that is also the edge point of the peninsula. Two different harbors had been built by filling the sea between the island and the land. The harbor in the North side was named “Northern Harbor” and used for military purpose. The harbor in the South was used for commerce. Aphrodite of Knidos found in Temple of Aphrodite is the most important archeological finding. Knidos is one of the most important cities of Caria with its two harbors, two theatres, agora and construction ruins on the terraces. 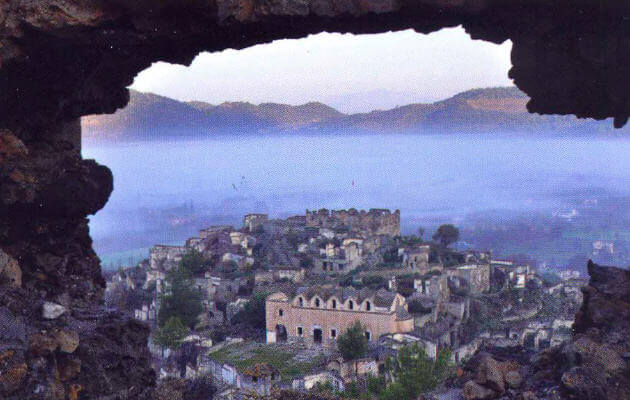 Kayaköy in the world famous Fethiye district, the ancient city dating back to 8000 B.C., has had significance as the place of an uninterrupted life cycle since Karmylassos, where various cultures different from each other blended. Kaya Kdy, inhabited by Greeks in the 19th and 20th Centuries, and known as “Levissi” in those days, is worth seeing with its stone-craft houses built on the hills without interrupting the light, churches, schools, chapels, workshops, and other buildings and with its narrow streets opening each other, which are typical examples of Mediterranean architecture. 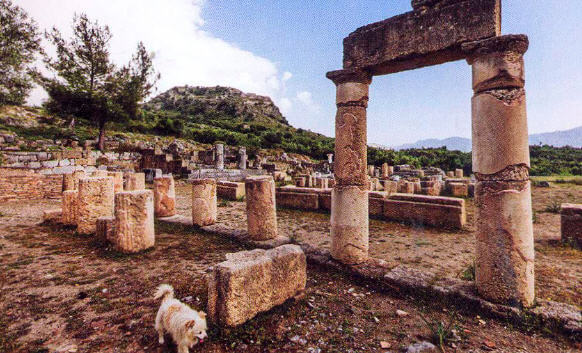 Caunos ancient city is in Çandır village on the direction from Köyceğiz to Sultaniye thermal springs. It is also reached by boats from Köyceğiz and Dalyan. Archeological excavations have continued in the city since 1966 uninterruptedly. The acropolis and the small castle in the Southwest direction of the city are on the small peninsula extending into the sea. Two significant ports, a 5000 seater theater, the Roman bath and the sanctuary of Apollo are amongst the well-preserved structures of the city. The most magnificent structures of Caunos are Rock Tombs, facing the temple and built in a group 6. 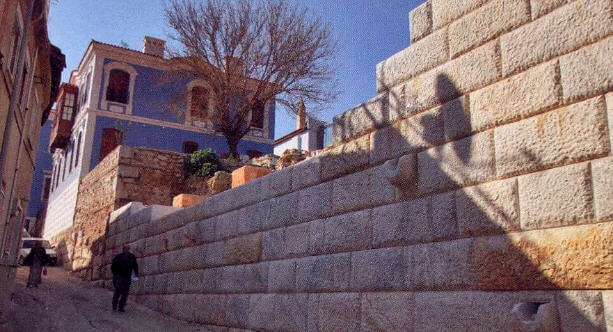 Mylasa is one of the most significant cities of the Caria Region. The city took its part in the stage of history with a war for Lydia in 7th Century B.C. The city experienced its most brilliant times in Hyssaldomos, Hecatomnos, Mausolos times, was the capital of Caria. Zeus Karios Sanctuary national god of the all Carian in Milas at the same time it was the hajj place of all Carian. Gumu§kesen Mausoleum is the small example of Halicarnassus Mausoleum, one of the seven wonders of the world, is in there. Besides, 22 antique cities within the borders of modern Milas, are being waited to discover by history lovers. 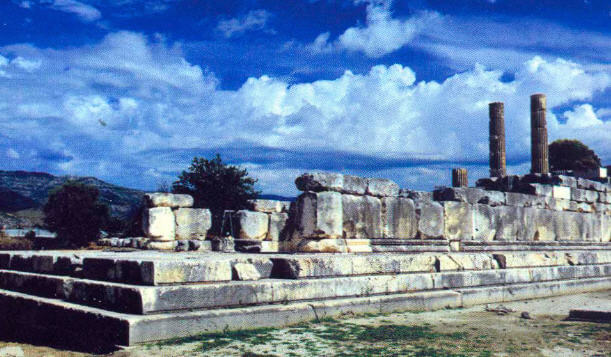 It Is in Kumluova neighborhood of Seydikemer. Letoon was get involved to World Heritage List with Xsantos by UNESCO in 1988. In the sanctuary where the archaeological excavations has been done since 1962, there exist a theater dating back to Hellenistic Period, a portico surrounding the sanctuary, the holly way, a church, a monastery complex, a water pound, and a monumental entrance gate, besides Leto, Apollon and Artemis Temples in the city. Beyond the sanctuary, Sidyma (Dodurga), Oinenonda (Yaylaceylan), Araxa (Ören), Tlos (Yaka Village) Pin ara (Minare Village), Arasada (Ara) ve Pydnai (Karadere) antique cities are the worth-seeing locations.

The most famous building of Halicarnassus, one of the Seven Wonders of the World, splendid Maussolleion’s construction was initiated by Maus-sollos and completed by his wife Artemisia after his death. As a result of the importance of this giant mausoleum that unites Greek architecture with its columns and Egyptian architecture with its pyramidal roof, it becomes the eponym for all latter stately tombs. Due to a great earthquake, it was destroyed. The reliefs, Maussollos and Artemisia sculptures and pieces of the carriage with four horses found by English researcher C. Newton had taken to the British Museum. The area where Maussulleion used to be located had been rearranged as a museum. One of the two-tonner rectangular blocks, that close the burial chamber can be seen on the hallway.