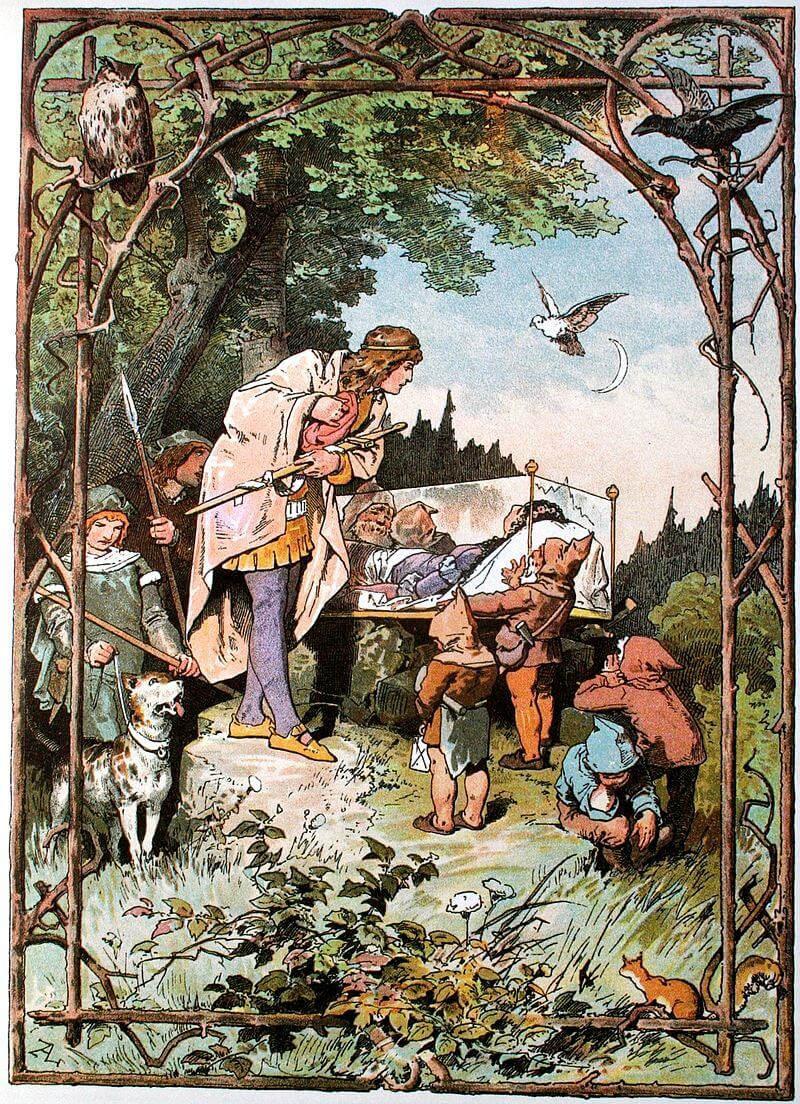 The dwarfs place her in a glass coffin on a mountain top. One day a prince rides by. He falls in love with her. The dwarfs give him permission to take the coffin to his castle. The prince’s friends lift the coffin. The bit of poisoned apple in Snow White’s throat is loosened. She awakens. The prince rejoices. He marries Snow White. The evil queen is forced to dance in red-hot iron shoes at the wedding. She dies.