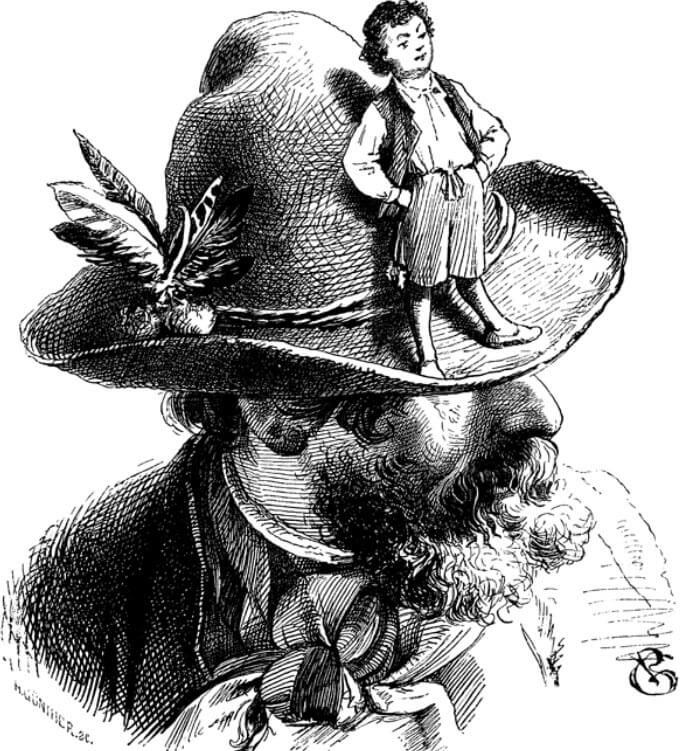 Thumbling is born to parents who wish they had a child, any child, even if he were tiny and no bigger than their thumbs. Wish granted. And let that be a lesson to you Shmoopers—whenever folks wish for something in a fairy tale, it almost always comes true, though often not exactly in the way they want it to.

Despite the fact that Thumbling is super tiny, he’s also a “clever and nimble fellow,” and we totally see that cleverness and nimbleness in action. He’s got a good eye for opportunity, too; he tells his father to sell him to some men who want to show him off for money, and then he can escape and return home. Ah, the budding con man.

Foresight is perhaps not Thumbling’s strongest suit, though, and he soon finds himself caught up in some crazy adventures before he can make it back to his proud parents. At one point, he proposes to help some thieves steal stuff, but then rats them out. So maybe he’s got a good moral compass, or he’s just being opportunistic yet again (because it’s far nicer to sleep inside a wealthy person’s house than on the road with fugitive thieves).

Either way, there’s no denying that this dude’s one sweet talker. When he ends up swallowed by a wolf (in an homage to “Little Red Cap,” perhaps?), he talks the wolf into going to his father’s house where the wolf can fill up on meat in the pantry. No sooner has he done that than he squeals again, and brings his father into kill the wolf. From then on, he decides to stay home where he’s less likely to be swallowed or waylaid. Smart choice, kid. The takeaway point here? Boy, does it pay to be clever.