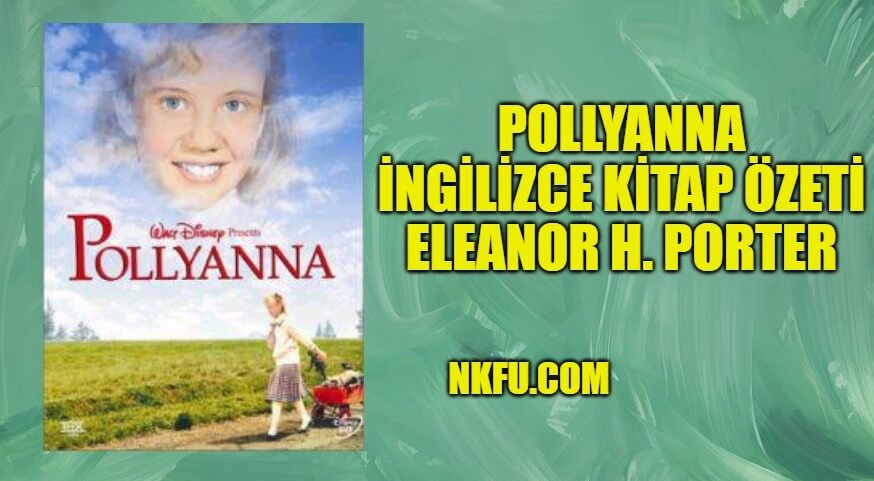 The title character is named Pollyanna Whittier, a young orphan who goes to live in Beldingsville, Vermont, with her wealthy but stern and cold spinster Aunt Polly. She does not want to take in Pollyanna, but feels it is her duty to her late sister. Pollyanna’s philosophy of life centers on what she calls “The Glad Game,” an optimistic and positive attitude she learned from her father. The game consists of finding something to be glad about in every situation, no matter how bleak it may be. It originated in an incident one Christmas when Pollyanna, who was hoping for a doll in the missionary barrel, found only a pair of crutches inside. Making the game up on the spot, Pollyanna’s father taught her to look at the good side of things—in this case, to be glad about the crutches because “we didn’t need to use them!”

With this philosophy, and her own sunny personality and sincere, sympathetic soul, Pollyanna brings so much gladness to her aunt’s dispirited New England town that she transforms it into a pleasant place to live. The Glad Game shields her from her aunt’s stern attitude. When Aunt Polly puts her in a stuffy attic room without carpets or pictures, she exults at the beautiful view from the high window; when she tries to “punish” her niece for being late to dinner by sentencing her to a meal of bread and milk in the kitchen with the servant Nancy, Pollyanna thanks her rapturously because she likes bread and milk, and she likes Nancy.

Soon Pollyanna teaches some of Beldingsville’s most troubled inhabitants to “play the game” as well, from a querulous invalid named Mrs. Snow to a miserly bachelor, Mr. Pendleton, who lives all alone in a cluttered mansion. Aunt Polly, too—finding herself helpless before Pollyanna’s buoyant refusal to be downcast—gradually begins to thaw, although she resists the glad game longer than anyone else.

Eventually, however, even Pollyanna’s robust optimism is put to the test when she is struck by an automobile and loses the use of her legs. At first she doesn’t realize the seriousness of her situation, but her spirits plummet when she is told what happened to her. After that, she lies in bed, unable to find anything to be glad about. Then the townspeople begin calling at Aunt Polly’s house, eager to let Pollyanna know how much her encouragement has improved their lives; and Pollyanna decides she can still be glad that she at least has had her legs. The novel ends with Aunt Polly marrying her former lover Dr. Chilton and Pollyanna being sent to a hospital where she learns to walk again and is able to appreciate the use of her legs far more as a result of being temporarily disabled and unable to walk.

Pollyanna Whittier is an orphan girl, who used to interpret everything with extreme positive attitude, which is called “the Glad Game”. This was taught by her father, a priest, in one Christmas when Pollyanna, who was hoping for a doll in the missionary barrel (a gift box), found only a pair of crutches inside. He taught her how easy to make yourself console by looking at the good side of things. In this incident he told her to be glad about the crutches because “we don’t need ’em!”. After her father deceased, she had to shift to her wealthy but strict Aunt Polly in Beldingsville, Vermont. Even she was left with nothing; she could take that so called learning of the glad game with her. She used this and her cheerful personality as a method to transform this boring New England town into a pleasant place. 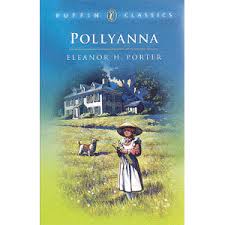 When her aunt was stern to keep Pollyanna in an airless attic room without carpets or pictures, she played the game by delighting for the beautiful view from the high window. When her aunt tries to punish her for being late to dinner by giving her a meal of only bread and milk in the kitchen with the servant, Nancy; Pollyanna played the game by liking the bread and milk, and liking Nancy so much.

She could teach this game to many people in the area including “most difficult” Mrs. Snow and “stingy and friendless” Mr. Pendleton. Her aunt of course was another player but after resisting the game longer than anyone else. However, Pollyanna is able to make her spinster aunt talk and feel the love and care. Then all these happy times becomes shaky with Pollyanna gets hit by a car. Loses the use of her legs. At this time her little thoughts become shaky. Then, all others who experienced the encouragement from her and from her glad game come to convince her to be glad that she had legs. At the end of this first book Aunt Polly is getting married to her former lover. Pollyanna learns to walk again after the treatments.