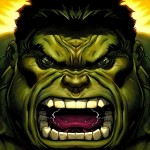 The bright and courageous Mustafa Kemal Atatürk is known well throughout parts of the world such as the Middle East and Europe. He is one of a few people that would do so much for their country and its people. Kemal should be recognized as a very significant person in the world and Turkey because he protected the country from foreign powers, declared its independence, and attempted to make the country more Westernized. After Kemal became Turkey’s first president, he wanted Turkey to be a modern nation so he had numerous reforms to meet Western standards. He was the one who founded the Republic of Turkey, which still continues today.

According to John F. Kennedy, he was “one of the greatest figures of our century.” Winston Churchill called him “a great hero,” and former French President Charles de Gaulle said, “He was the greatest achiever among all the world leaders, because he modernized his nation”. The great man is Ataturk, the idol of the Turks. His original name is Mustafa Kemal, but in 1934 his constituents gave him the name Ataturk, which means, “Father of the Turks.” He was the first president of the Republic of Turkey, and without his reforms and leadership, Turkey would not be what it is today. His endeavor was to modernize Turkish life; he wanted to give his nation happiness, better life standards and equality. In his view, modernization of the nation and the state could become real by replacing Arab alphabet with Latin alphabet, giving women the right to vote and participate in the congress, and abolishing the Ottoman Empire’s sovereignty with a secular government and a contemporary constitution. 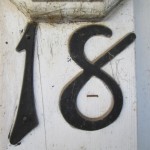