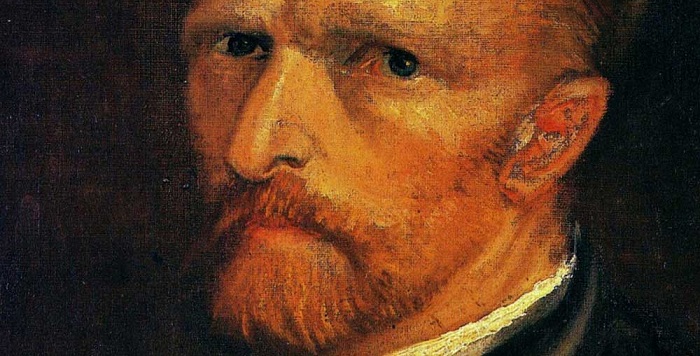 Vincent van Gogh was born in the Netherlands on March 30, 1853. His mother had given birth to an already dead baby (stillborn) one year earlier, also on March 30. That baby had also been named Vincent. Over the course of his 37 years, Vincent painted some of the most renowned paintings of our time and went a little crazy in the process.

Vincent van Gogh quit school when he was only 15 and headed off to England in 1869. There he began a career not as a painter but as an art dealer with the firm Goupil & Cie. Van Gogh spent seven years with the firm, but became unhappy and decided to try his hand teaching at a Catholic school for boys. In the following years, Vincent went from job to job, living in various cities in Europe. Finally in 1880, van Gogh decided to head to Brussels to begin studies in art. During the next ten years, Vincent van Gogh painted 872 paintings.

Although Vincent van Gogh is a world-famous artist today, he did not get much recognition during his lifetime. Van Gogh only sold one painting while he was alive, which was Red Vineyard at Arles. For most of his life he was very poor, often spending his money on art supplies instead of food.

Vincent also suffered from severe depression and was admitted to an asylum in December 1888, after chopping off his own ear. He would be in and out of asylums for the next year. It is thought that Vincent van Gogh was actually epileptic (a condition of the brain that causes seizures) and that is why people thought he had fits of insanity throughout his life. While in the asylum Vincent painted one of his best-known paintings, Starry Night. In mid-May 1890, Vincent left the asylum and spent the last few months of his life in Auvers, France. On July 27, 1890 Vincent van Gogh shot himself in the chest with a revolver. Two days later he died with his younger brother, Theo, by his side.

For the last few months of van Gogh’s life, he was seeing Dr. Gachet about his mental instability. Van Gogh’s Portrait of Dr. Gachet remains one of the most expensive paintings in the world. In 1990, Japanese businessman Ryoei Saito, paid $82.5 million for the painting. But since his death in 1996, the painting has not been seen.