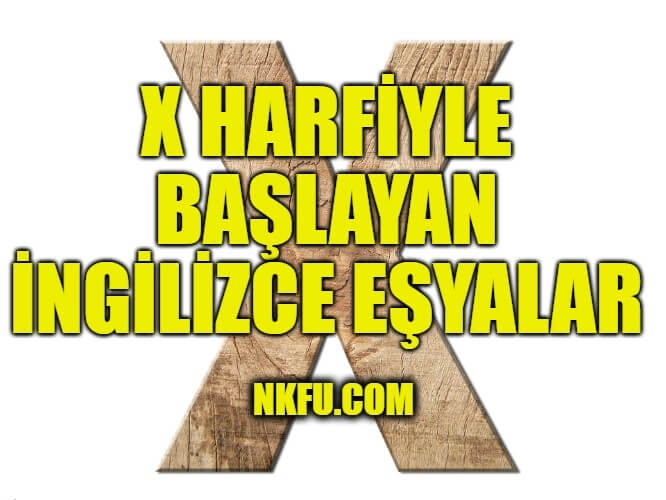 a brand name for a copying machine for reproducing printed, written, or pictorial matter by xerography.
Türkçesi: fotokopi
Xerox is a machine that makes copies of documents and other visual images onto paper or plastic film quickly and cheaply. Most modern photocopiers use a technology called xerography, a dry process that uses electrostatic charges on a light-sensitive photoreceptor to first attract and then transfer toner particles (a powder) onto paper in the form of an image. The toner is then fused onto the paper using heat, pressure, or a combination of both. Copiers can also use other technologies, such as inkjet, but xerography is standard for office copying.

a form of electromagnetic radiation, similar to light but of shorter wavelength and capable of penetrating solids and of ionizing gases.
Türkçesi: Röntgen
An X-ray, or, much less commonly, X-radiation, is a penetrating form of high-energy electromagnetic radiation. Most X-rays have a wavelength ranging from 10 picometers to 10 nanometers, corresponding to frequencies in the range 30 petahertz to 30 exahertz (30×1015 Hz to 30×1018 Hz) and energies in the range 124 eV to 124 keV. X-ray wavelengths are shorter than those of UV rays and typically longer than those of gamma rays.

a musical instrument consisting of a graduated series of wooden bars, usually sounded by striking with small wooden hammers.
Türkçesi: ksilofon
The xylophone is a musical instrument in the percussion family that consists of wooden bars struck by mallets. Like the glockenspiel, the xylophone essentially consists of a set of tuned keys arranged in the fashion of the keyboard of a piano. Each bar is an idiophone tuned to a pitch of a musical scale, whether pentatonic or heptatonic in the case of many African and Asian instruments, diatonic in many western children’s instruments, or chromatic for orchestral use.