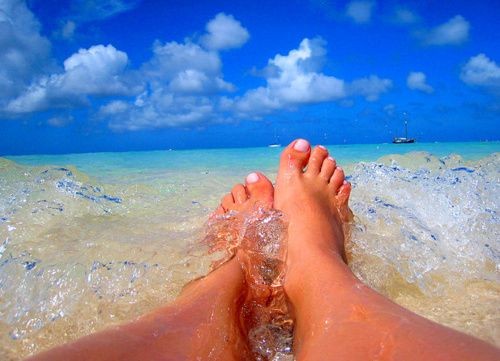 In the northern hemisphere, summer is the warmest season of the year; extending from the summer solstice through to the autumnal equinox. This season introduces the raining season, because of the heat, water is evaporated and the vapours are safely stored in the atmosphere, in turn these vapours are turned into clouds that fall as rain for four months.

Summer is especially warm because during this time that part of the earth is directly under the sun and its rays are focused on the area, drying up ponds and lakes; this has/can lead to a scarcity of water. For most people this time of the year is associated with fun as schools break on holidays and most offices are not fully active.

Summer brings back lots of outdoor social activities impossible in the freezing cold winter. Most people visit picnics, beaches and parks to relax and unwind themselves under clear skies. For the party rockers, summer time is ‘open season’ so many parties are held to take advantage of the fine weather ,with clear skies the summer hosts a very bright moon, ideal for this purpose.

This season brings bright and longer days, which exposes the beauty of nature, grasses are green, flowers bloom and myriad birds and animals return to the melted and blossoming fields. Everyone dresses with light materials to feel cool under the hot sun; most will be spotted in shorts, sunglasses, summer dresses and scandals. Some fruits such as mangos and pineapples, become ripe during summer, so this season present the opportunity for people to enjoy them.

For some, summer is much disliked, backed by complaints of discomfort caused by the high heat levels and slowdown of business activity during this time (well, that depends on the line of business). Generally, people try to keep indoors and have cold beverages to supplement on liquid being lost from their system through constant perspiration. The hottest period of the summer season is around midday, mornings and evenings are relatively cool

Summer days can be extremely hot and people usually the elderly suffer from heat strokes, in the past this has resulted in some deaths, during this season children may also suffer from summer boils. Due to the heat people become easily tired as their bodies sweat continuously. Scientists believe that rising summer heat levels is as a result of global warming and predict that if nothing is done, in years to come the temperatures due in future summers may become too hot to play or even survive in.

True to their admonition, summer season in the last couple of years has reached record heat levels, unprepared for this it resulted in many deaths and emergencies, most people ordered air conditioners or went out to cool in pools and public fountains. As with all harmful natural phenomena, the poor bears the brunt whilst the rich hide behind the latest technology for comfort.

Summer is associated with life, birth and rebirth, it is deduced that plant and animal life go into a state of rest/hibernation during the cold months of winter; it is as though the teeming colours and sounds of nature have disappeared. The summer gives life/birth/rebirth to life around us, plants blossom, animals happily resume activity and nature feels ‘alive’ again. This has been and is still the most celebrated aspect of this season.