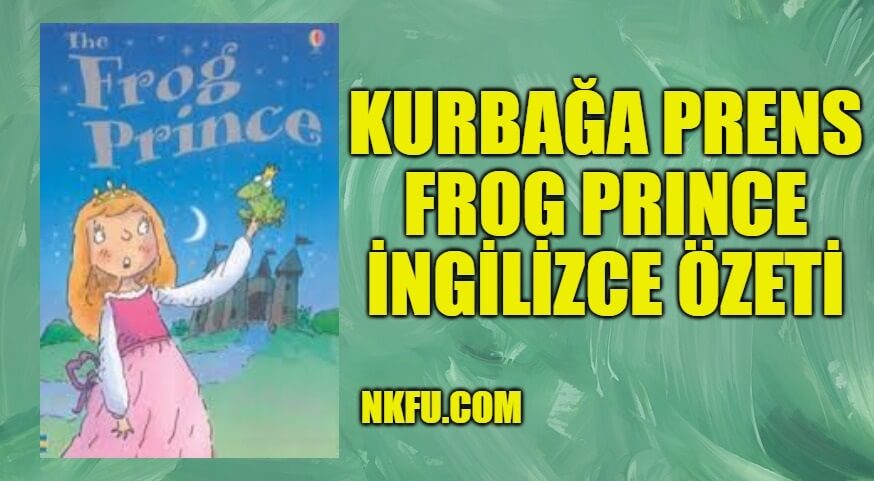 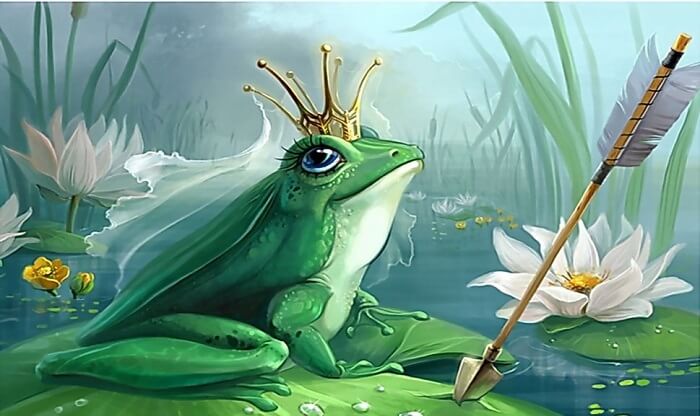 Later, the frog appears at the castle, and expects to sit and eat with the princess. She doesn’t like the idea, but her father, the king, says she must keep her promise to the frog. After the meal, the frog asks to sleep next to the princess. The idea repulses the princess, but once again, the king makes his daughter live up to her word. However, when they are up in the princesses room, she is so disgusted with the idea of having the frog sleep in her bed that she violently throws the frog against the bedroom wall. With that, the frog turns into a prince and reveals that he has been under a witch’s spell.

In the end, the prince and the princess marry and ride a carriage back to the prince’s kingdom. The carriage is driven by the prince’s servant, Iron Henry, who had bars put around his breaking heart when his master was put under the witch’s spell. The bands break apart because Henry is so happy to have his master return. Henry’s loyalty is quite different from the princess’s selfishness. But eventually the king teaches her how important it is to always keep your word, even when you don’t really want to.

Sometimes keeping a promise can change your life. In this lesson, you’ll learn more about a young princess who kept her promise and ended up with her ‘happily ever after’ in ”The Frog Prince.”