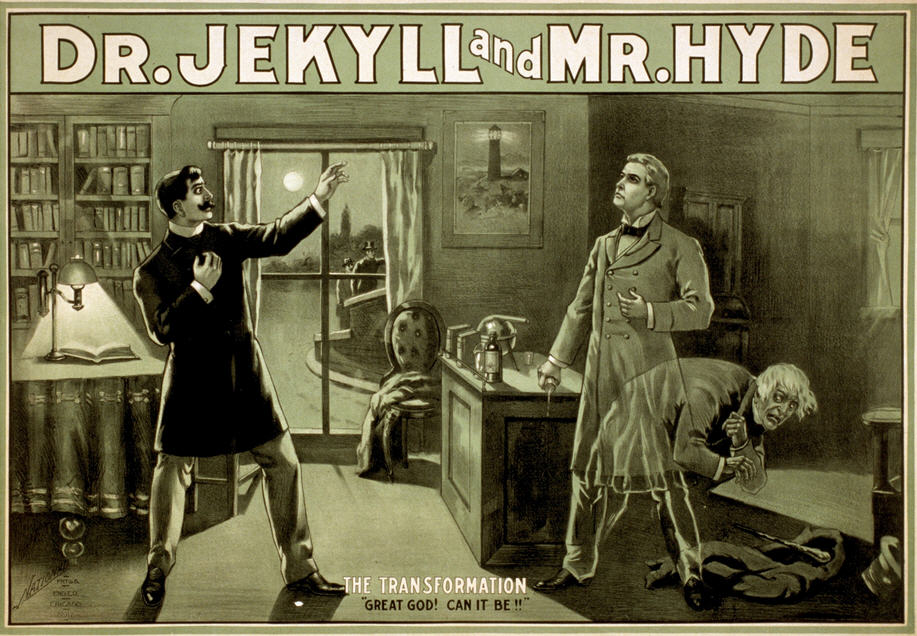 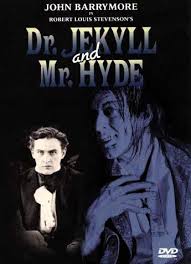 Dr Jekyll and Mr Hyde; Dr Jekyll and Mr Hyde is a classic horror story. Dr Jekyll is a kindly old doctor, with two very old friends, Utterson and Lanyon. Mr Hyde is a smaller, younger man, with a capacity for evil that seems to emanate from him and repels everyone he meets. But there are links between them. Hyde gives the family of a child he has beaten a cheque signed by Jekyll. Hyde has a key to the back entrance to Jekyll’s house, and Hyde can come and go at will and give orders to Jekyll’s servants. Most disturbing of all for Mr Utterson, Dr Jekyll’s lawyer, is the doctor’s will, which leaves all the doctor’s money to Hyde should the doctor disappear for three months or die. Clearly, Hyde has some power over the doctor, and the lawyer fears he may murder him for his money.

Gradually, Hyde’s acts of cruelty get worse, culminating in the murder of a famous man. Finally, we learn the truth about the two men. They are one and the same. Jekyll has been conducting experiments to release the evil man inside his good self, but the experiments get out of control. Mr Hyde emerges at will and it takes stronger doses of chemicals to return to the form of Jekyll. Jekyll runs out of chemicals and Hyde emerges forever, only to kill himself before he can be captured.

On one of their regular walks through London, Mr Enfield, Mr Utterson’s friend, points out a door to a dark, ugly house. He then tells Utterson a story about something that happened to him when he was on his way home one night at three o’clock in the morning. He saw an ugly, little man step on a child and then walk away. Enfield ran after the man and caught him. The crowd of people that had gathered around the little girl were very angry and demanded money from the little man, whose name was Mr Hyde. Hyde went through the door to an ugly house and came back with a cheque signed by another man, who Enfield knew to be kind and famous for his work. Enfield doesn’t say who this man is, but Utterson believes he knows anyway that the man is Mr Hyde.

Utterson has Dr Jekyll’s will. His beneficiary is Hyde, the ugly, little man who nobody likes and Utterson is very unhappy about this. He goes to see Dr Lanyon, an old friend of both his and Dr Jekyll’s, to ask if he knows anything about Mr Hyde. Lanyon knows nothing but he tells Utterson that he no longer sees Jekyll very much because of his strange scientific ideas. One day, Utterson meets Mr Hyde by the door to the old house and he realizes that there is something evil about the man.

He asks to see Dr Jekyll, as the door is really a back entrance to Jekyll’s house, but Hyde says he is not at home. Later, Utterson goes to the main entrance of Jekyll’s house, but the servant also says that the doctor is not at home. He tells Utterson, however, that Mr Hyde is free to come and go in the house and that he can give orders to the servants when Jekyll isn’t there. About two weeks, later after a dinner, Utterson asks Jekyll about Mr Hyde, but Jekyll reveals little and he makes Utterson promise to help Hyde with the will if anything happens to him.

Nearly a year later, a servant sees an old man murdered with a stick from her window. The murderer behaves like an animal and the servant recognizes him as Mr Hyde. She informs the police, who find a letter addressed to Utterson in the old man’s pocket. The police visit Utterson and he takes them to Hyde’s house, but he isn’t there. Utterson then visits Jekyll and finds him looking very ill. Jekyll shows Utterson a letter from Hyde in which he says sorry for the things he has done. Later, Utterson shows the letter to his chief clerk, who claims that the handwriting is very similar to that of Dr Jekyll.

For some time, nobody hears anything about Mr Hyde, and Jekyll begins to socialize again. One day, however, Jekyll refuse to see Utterson. Utterson goes to see Lanyon, who is dying. Lanyon tells Utterson that he will know a terrible secret after his death. When Lanyon dies, Utterson receives a letter that can only be opened after Jekyll’s death. Utterson, a good and honest lawyer, puts it in his safe. One day, on a walk with Enfield, Utterson decides to shout up to Jekyll from the courtyard and invite him to go with them for a walk. They see Jekyll at the window looking very sick. He refuses their offer kindly, but suddenly Utterson sees a terrible look of fear on Jekyll’s face.

Jekyll’s servant visits Utterson and tells him something is terribly wrong. Utterson goes with the servant to Jekyll’s house and when they knock on the door of the doctor’s workroom, they hear a voice that is not his. The servant shows Utterson a note, which was left outside the room asking for a chemical. The handwriting seems to be Jekyll’s. The servant also says he saw a person come out of the workroom and he suspects that it’s Hyde. They break the door down and find Hyde wearing Jekyll’s clothes. He’s dead. There’s a letter from Jekyll asking Utterson to read Lanyon’s letter. Lanyon explains that Jekyll drinks chemicals that transform him into the evil person, Mr Hyde. He says he saw the transformation himself in his office.

We learn about Jekyll’s story from a letter he left for Utterson. When he was a young man, Jekyll realized he had a good side, which wanted to work hard as a doctor, and a bad side, which had a great love of fun. He began thinking about the possibility of separating the two sides. Through experiments with chemicals he managed to do this and Mr Hyde was created. At first, Jekyll was happy, but then the experiments got out of control. Hyde began emerging at will, becoming stronger than Jekyll. Jekyll began to worry about the bad things that Hyde was doing. Progressively, Jekyll had to take stronger doses of chemicals to become himself again. Finally, he ran out of chemicals and Hyde emerged forever. Fear of being hung as a murderer, however, makes him commit suicide.