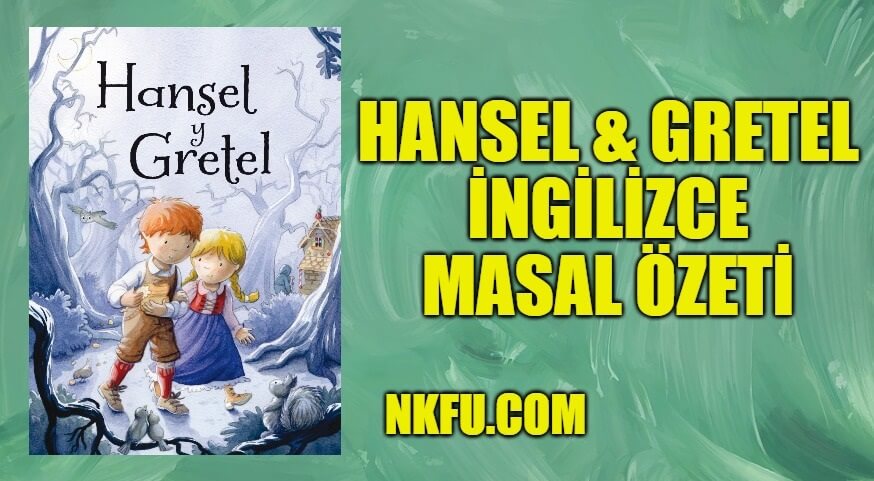 Lost in the forest, they find a house made of bread (later versions call it gingerbread), with sugar windows, which they begin to eat. The inhabitant of the house, an old woman, invites them in and prepares a feast for them. The woman, however, is a witch who has built the house to entice children to her, so that she may fatten and eat them. She cages Hansel, and makes Gretel her servant. While she prepares to boil Hansel, she tells Gretel to climb into an oven to be sure it is ready to bake; but Gretel guesses that the witch intends to bake her, and tricks the witch into climbing into the oven, closing it behind her.

Taking jewels from the witch’s house, they set off for home to be reunited with their father, whose wife has since died. “Then all anxiety was at an end, and they lived together in perfect happiness.” 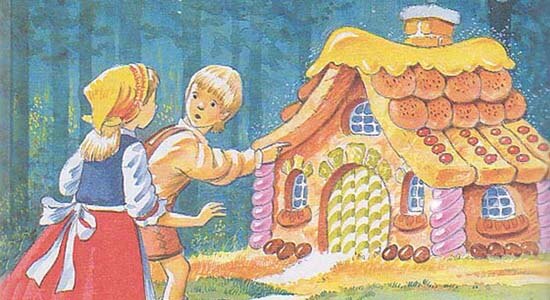 There is a great famine in the country and woodcutter’s family is starving. His wife suggests to take their kids (they are his and his late first wife’s children) into the woods, so they would have two hungry mouths less to feed.

After some hesitation he agrees and they leave kids in the wood. Hansel and Gretel heard about the plan and return home thanks to the stones Hansel was using to mark the path. But at the next attempt, Hansel can’t load his pocket with stones because the doors were locked. Instead of stones he used bread crumbs, but they are eaten by the birds, so the woodcutter and his wife succeeded and children were lost in the woods.

They find a mysterious hut made of sweets. There is a witch living inside. She is a cannibal and intends to eat them.

But they are too lean, so she decides to feed Hansel first, using Gretel as a slave and for some time children manage to postpone their tragic end. Witch has very poor sight, so she is checking Hansel’s fat by pinching his finger. Instead of the finger he gives her a chicken bone, what postpones his death for a few days.

Finally, the witch prepares an oven and plans to bake both kids. Fortunately, Gretel outsmarts her and throws the witch in her oven where she is burned. Kids search the hut, find gold, jewelry and other valuables and with a help of some birds safely return home.

Their stepmother died in the mean time and together with their regretful father they lived happily ever after.