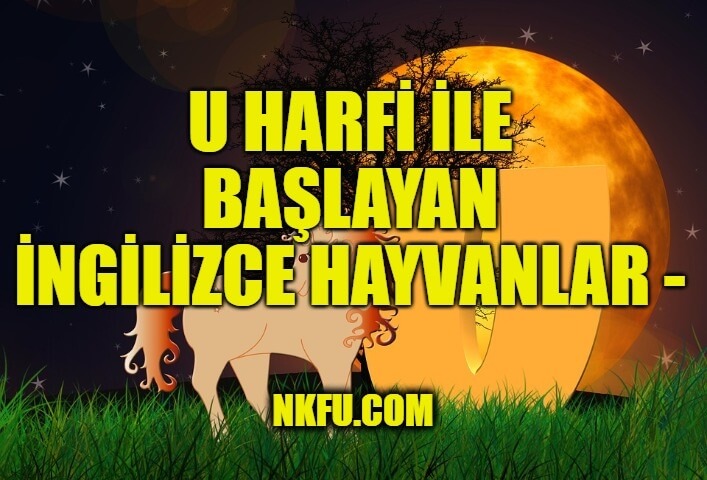 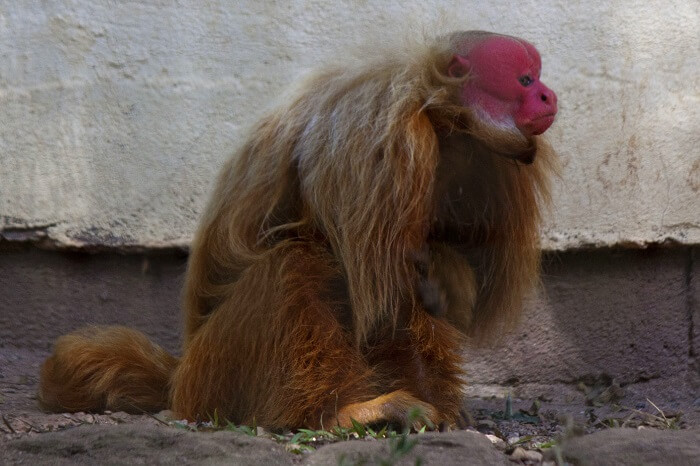 The Uakari is a small sized primate growing to an average of 45cm in length, and weighing around 3kg. The tail of the Uakari is very short relative to its body size, and particularly small compared to those of other South American monkey species. The fur that covers the Uakari’s body is long and coarse and tends to vary in colour, from red, to brown, to black, to white, depending on the species. The hairless face of the Uakari is their most distinctive feature, and can be deep red in colour in some individuals (although it generally ranges from pink to red, and can be paler or even black in some species). Their hands and feet are strong and agile with their opposable thumbs allowing the Uakari to hold onto fruits and tree branches. 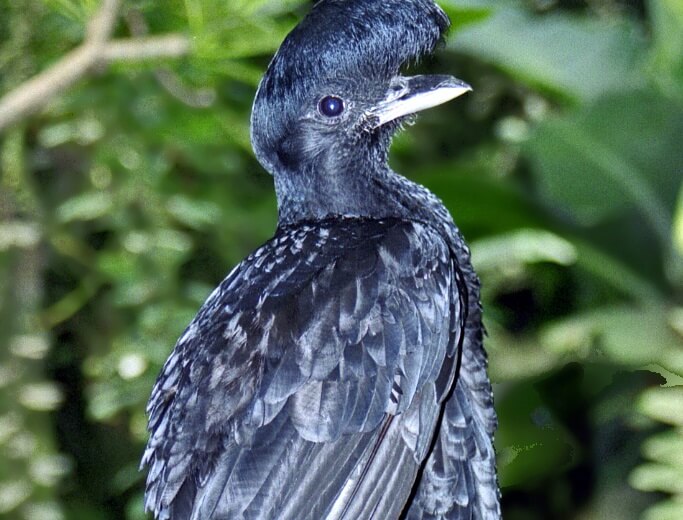 The most distinctive feature of the Umbrellabird is the large crest on the top of its head. During mating, the males fan their crest out so that it nearly covers the whole of their head and they then begin to make rumbling sounds to attract a female. The long, curved feathers are then retracted, making the Umbrellabird more discreet the rest of the time. All three Umbrellabird species are similar in size and have coarse black feathers covering their bodies, but each subspecies does have its own fingerprint. The Long-Wattled Umbrellabird has a wattle on its throat that can grow up to 35cm long; the Amazonian Umbrellabird tends to be entirely black and the males are thought to be the largest of all three species; the Bare-Necked Umbrellabird is easily distinguished by the reddish, featherless patch of skin on its throat.