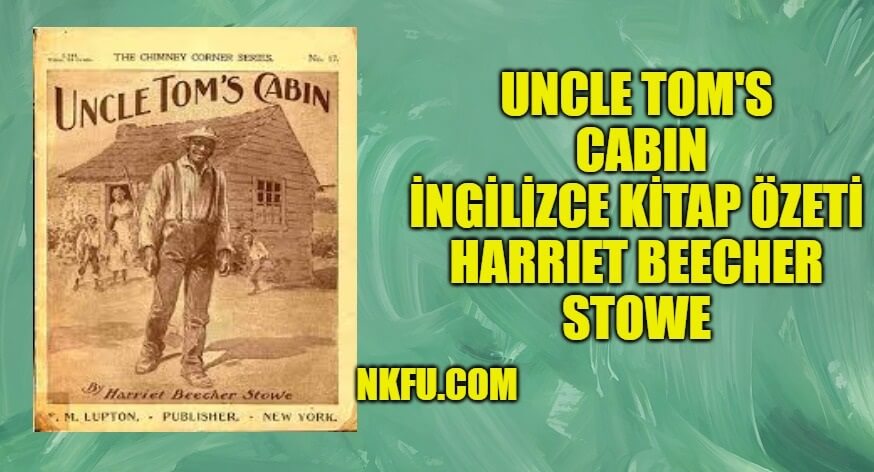 The novel starts in the South, a couple of years before the Civil War. Arthur Shelby, a decent master, has a plantation in Kentucky but needs to get rid of some debt, so he has to sell some slaves. He meets with Haley, a bastard of a guy, who wants to buy Harry, Eliza and George’s son, and Uncle Tom, Shelby’s favorite. Shelby doesn’t want to sell, but he has to. Eliza learns that she’s going to be separated from Harry, so she grabs her son and runs to Uncle Tom’s cabin to see if Tom wants to escape with her (her husband, George, is already making his way to Canada).

Uncle Tom wants to stay loyal to Shelby so he doesn’t go. Haley chases after Eliza but Eliza makes it to the Ohio river. It’s freezing and she and Harry almost get carried away by the force of the water, but they keep going. Mr. Symmes helps her from the water and brings her to the Birds. They are kind to Eliza and Harry even though Mr. Bird has recently signed the Fugitive Slave Act which makes helping runaway slaves illegal. The Birds hand Eliza and Harry off to the Quakers. They stay with the Hallidays. It turns out that George is there, too, so the Harris family is reunited.

Haley’s a turd, but a persistent one.

Haley’s a turd, but a persistent one. He hires slave hunters (Loker and Marks) to find Harry but Eliza, Harry, and George get on a ship and head to Canada. Haley goes back to the Shelby’s and gets Tom. He wants to see how much he can get for Tom in New Orleans. Everyone’s bummed that Tom is leaving. Tom’s wife and kids don’t want to be separated. Tom gets onto the boat to New Orleans and tries to read his Bible. Eva St. Clare is on the boat – she’s a sweet little kid, the vision of white purity with golden curls. When Tom makes toys for her, she gives him some food. They become friends. When Eva falls overboard, Tom jumps in the water and saves her. Eva tells her dad to buy Tom. He does.

At the St. Clare’s plantation, Tom has an okay life. He and Eva stay friends. Topsy, a slave child, spends time with them. Eva helps Topsy learn that she is a valuable person. Ophelia St. Clare is put in charge of teaching Topsy. Eva is a good girl but she gets sick. She has a big death scene where she gives her golden hair to the slaves. She says she wants to see the slaves in heaven and makes her dad promise to let Tom go free. With Eva gone, Mr. St. Clare is a mess. He wants to let Tom go, but he gets killed before he makes those arrangements. Mrs. St. Clare has to sell a bunch of slaves since she’s in debt.

Tom is bought by Simon Legree, a total ass.

Tom is bought by Simon Legree, a total ass. At Legree’s plantation, a big but crappy place, Tom is treated horribly. Legree is a big lush and beats his slaves. Tom doesn’t take help from Cassy, another slave, but suffers quietly on his own. He believes that this is his fate. This pisses Legree off more so he is even worse. Cassy and another slave, Emmeline, make plans to escape. Meanwhile, George Shelby finds where Tom is and tries to buy him back from Legree, who laughs at him. Legree has beaten Tom so badly, Tom is about to die.

George stays with Tom until he’s dead and buries him and then helps Cassy and Emmeline. On the way north, Madame de Thoux is found out to be George Harris’s sister. It turns out that Cassy is Eliza’s mom! In Kentucky, George Shelby goes back to his plantation and frees all the slaves. Cassy, Emmeline, and Madame de Thoux all go to Canada and reunite with their families. They go to France and then come back after four years. George wants to find his people and be where he belongs so ho takes his family to Africa to work.

At the end of the book, Harriet Beecher Stowe writes about her visions of the wrongs of slavery, and how it’s impossible to be a Christian and yet make other people slaves. She thinks Christianity is the answer, but that people need to be humane Christians. She wants the people of the North to help to end slavery in the South.