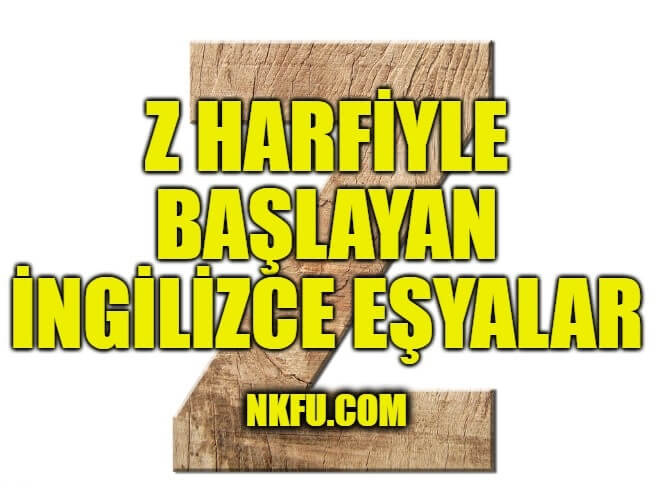 a large dirigible balloon consisting of a long, cylindrical, covered framework containing compartments or cells filled with gas, and of various structures for holding the engines, passengers, etc.
Türkçesi: Zeplin
A Zeppelin is a type of rigid airship named after the German inventor Count Ferdinand von Zeppelin who pioneered rigid airship development at the beginning of the 20th century.

a device used for fastening clothing, valises, etc., consisting of two toothed tracks or spiral metal or plastic coils, each bordering one of two edges to be joined, and a piece that either interlocks or separates them when pulled.
Türkçesi: fermuar
A zipper, zip, fly, or zip fastener, formerly known as a clasp locker, is a commonly used device for binding the edges of an opening of fabric or other flexible material, such as on a garment or a bag. It is used in clothing (e.g., jackets and jeans), luggage and other bags, sporting goods, camping gear (e.g. tents and sleeping bags), and other items. Zippers come in all different sizes, shapes, and colors. Whitcomb L. Judson, who was an American inventor from Chicago, is sometimes given credit as the inventor of the zipper, but his device was used for footwear not clothing. The method, still in use today, is based on interlocking teeth. Initially, it was titled the “hookless fastener” and was later redesigned to become more reliable.

a musical instrument, consisting of a flat sounding box with numerous strings stretched over it, that is placed on a horizontal surface and played with a plectrum and the fingertips
Türkçesi: kanuna benzer bir çalgı
Zither is a class of stringed instruments. Historically, the name has been applied to any instrument of the psaltery family, or to an instrument consisting of many strings stretched across a thin, flat body. This article describes the latter variety.