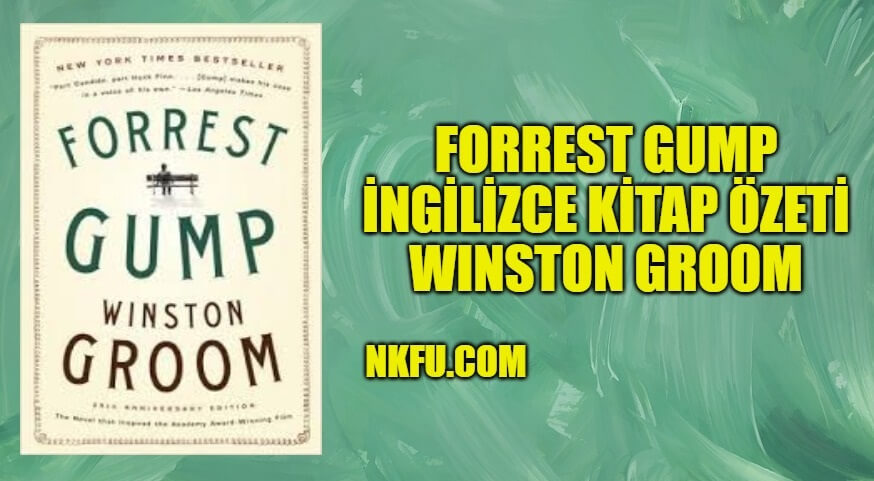 Forrest Gump, named after General Nathan Bedford Forrest, narrates the story of his life. The author uses misspellings and grammatical errors to indicate his Southern accent, education, and cognitive disabilities. While living in Mobile, Alabama, Forrest meets Jenny Curran in first grade and walks her home.

By the time Forrest is sixteen years old, he is 6’ 6” (1.98 m), 242 pounds (110 kg), and plays high school football. Miss Henderson, whom Forrest is infatuated with, gives him reading lessons. He reads Mark Twain’s The Adventures of Tom Sawyer and two other books that he doesn’t remember. While he enjoys the books, he doesn’t do well on tests.

He gains popularity as a football player, joining the All State team. When Forrest is called to the principal’s office, he meets Bear Bryant, who asks if he’d considered playing college football. After high school, Forrest takes a test at a local army recruitment center, and is told he is “Temporarily Deferred.”

Forrest and Jenny meet again in college. They go to see Bonnie and Clyde, and play together in a folk music band at the Student Union, covering songs by Joan Baez, Bob Dylan, and Peter, Paul and Mary.

When he and Jenny get together, “we done all sorts of things that… I never even dreamt of in my wildest imagination… We rolled all over the living room an into the kitchen… When we is finally finished, Jenny jus lie there a while, an then she look at me an say, ‘Goddam Forrest, where have you been all my life?’

Forrest flunks out of The University of Alabama after one semester. He and his friend Bubba join the Army. Bubba dies in the Vietnam War. He meets Lieutenant Dan, who has lost his legs, in the infirmary.

He also plays in a Ping-Pong championship in China, and goes on a mission for NASA with a female astronaut and an ape named Sue. After their re-entry, they are captured and held by cannibals for four years. Forrest also has brief careers as a chess champion, a stunt man with a naked Raquel Welch in Hollywood, and as a professional wrestler called “The Dunce”.

At the end of the book, Forrest honors Bubba’s memory by starting a shrimp business.