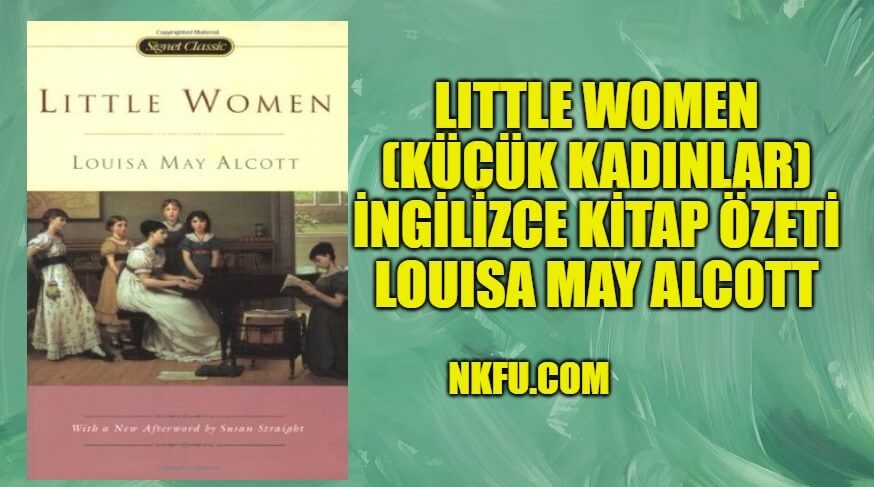 Four sisters live with their mother, facing Christmas without their father as the US Civil War is underway. The family is settled in a new neighborhood, living in genteel poverty after the father lost their money. Meg and Jo March, the elder sisters, both work outside the home for money to support the family. Meg teaches four children in a nearby family, while Jo aids her grand-aunt March, a wealthy widow whose strength is failing. Beth helps around the house, and Amy attends school. Their nearest neighbor is a wealthy man whose orphaned grandson lives with him. The sisters introduce themselves to the handsome shy boy, who is the age of Jo.

Meg is the beautiful sister

Meg is the beautiful sister; Jo is the tomboy; Beth is the musician; and Amy is the charming artist with blond curls. Jo is impulsive and quick to anger. One of her challenges in growing up is to control acting out of anger, a challenge that also faced her mother, Marmee. Marmee advises Jo on speaking with forethought. The boy Laurie enjoys his neighbors, joining the family often in play and home theatrics written by Jo. His grandfather, Mr. Laurence, is charmed by Beth, and gives her the piano used by Laurie’s dead sister.

Beth contracts scarlet fever after tending to a family where three children died of it. Her poor condition forces her sisters and the Laurences to call Marmee back from Washington, where she has gone to tend her husband, who contracted pneumonia. Beth recovers, but never fully. Jo tends Beth in her illness. Amy, not yet exposed to scarlet fever, is sent to live with Aunt March, replacing Jo after Beth recovers. Jo has success earning money with her writing. Meg spends two weeks with friends, where there are parties for the girls to dance with boys and improve social skills.

Laurie is invited to one of the dances

Laurie is invited to one of the dances, as her friends incorrectly think Meg is in love with him. Meg is more interested in the young tutor for Laurie, John Brooke. Brooke traveled to Washington to help Mr. March, staying there when Marmee comes back to tend Beth. While with both March parents, Brooke confesses his love for Meg. The parents agree, but suggest they are both too young to marry, as Meg is just seventeen. They agree to wait. In the interim, Brooke serves a year in the war, is wounded, returns home and finds work so he can get a house for their upcoming marriage. Laurie’s need for a tutor ends, as he goes off to college. The war ends.

Meg and John marry and settle in the house, close to the March home. They learn how to live together, and soon have twins. Meg is a devoted mother that first year, and John begins to feel left out. Marmee advises Meg on how to balance caring for her children and being with her husband. Meg accepts help in watching them from the March family cook, and sees that John is a good father, rejuvenating their marriage. Laurie graduates from college, putting in effort to do well in his last year, at Jo’s prompting.

Jo decides she needs a break

Jo decides she needs a break, and spends six months with a friend of her mother in New York City, serving as governess for her two children. The family runs a boarding house, with new people for Jo, the writer, to consider. She takes lessons in German from Professor Bhaer, who lives in the house. He has come to America from Berlin to care for the orphaned sons of his sister.

For extra money, Jo writes stories without a moral, which disappoints Bhaer. Amy goes on a European tour with her aunt, uncle and cousin. Jo returns home, where Laurie proposes marriage to her, and she turns him down. He is heartbroken; both he and his grandfather go to Europe. Beth’s health has seriously deteriorated, as Jo sees on her return. She devotes herself to the care of her sister, until Beth dies. In Europe, Laurie encounters Amy, who is growing up. On news of Beth’s death, the two meet for consolation, and their romance grows strong, as Amy learns how to manage him.

They marry in Europe, as Amy’s aunt will not allow Amy to return with Laurie and his grandfather and no other chaperone. The day they return home, Professor Bhaer shows up at the March home. He spends two weeks there, on the last day proposing marriage to Jo. Their marriage is deferred as Bhaer teaches at a college in the west. Aunt March dies, leaving her large home, Plumfield, to Jo. She and Bhaer marry, turning the house into a school for boys. They have two sons of their own, and Amy and Laurie have a daughter. In the fall at apple-picking time, Marmee’s 60th birthday is celebrated at Jo’s place, with her three daughters, their husbands, her husband, and her five grandchildren.