Poet, Narrator and Turkish playwright, born in Thessaloniki in 1902 and died in Moscow in 1963. Humanist fruitful and versatile, equipped with a vast intellectual curiosity and a tolerant cosmopolitan spirit that allowed it to assimilate various formal and thematic influences in his literary work was distinguished primarily by the cultivation of a straightforward poetry whose main purpose was to transmit to any type of reader the richness of his life experience, marked by some of the most outstanding political events of the 20th century. 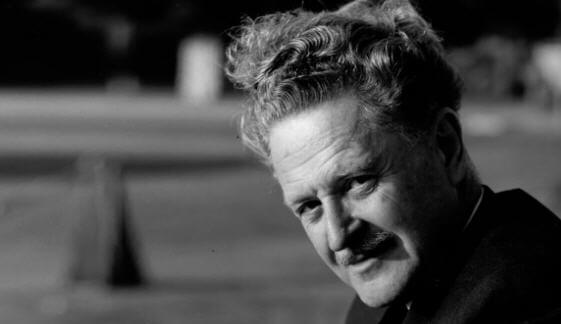 Son of an Ottoman official compelled by his work to various destinations abroad, the young Nazim Hikmet lived in Moscow between 1921 and 1923, period in which, already decided to follow the route that was dragging her innate literary vocation, he/she came into contact with some of the most prominent Russian poets of the era, such as Sergei Alexandrovich Esenin (1895-1925) and Vladimir Vladimirovich Mayakovsky. After a brief step by Turkey in 1923, he/she returned over the course of that year to the Soviet capital to install is there for the space of five years (1923-1928), already fully imbued in the Communist ideology that dominated the country and, above all, that Soviet culture of Vanguard which had had access in the hands of the aforementioned two poets.

Back to their homeland, it soon was noted among the Turkish intellectual class, both for his brilliant collaborations published in different media and by his early interest in the world of cinema, he/she gave a remarkable boost in the Turkey of the 1930s. But their status as Communist and his apparent opposition to the dictatorial regime of Mustafa Kemal Atatürk (1881-1938) ended his fledgling intellectual prestige and gave their bones in prison in 1938, where he/she was deprived of liberty until 1950 (i.e., from the thirty-six to forty-eight years of age). Once released, he/she left definitely Turkey to settle back in Moscow, where it resided permanently until the end of his days.

That voracious humanist curiosity directed his steps since his youth allowed him to achieve a knowledge of notable not only of the Western tradition and the European avant-garde, but also of Eastern poetry, who left a clear mark on its new poetic compositions (patent, above all, the adoption of traditional Arabic and Persian poetries metric molds).

Later, Nazim Hikmet assimilated Western techniques to go creating a splendid lyric production of maturity in which triumphs with every step the assertion of individual freedom, within a voluntary Triangulating his political experience which, on the one hand, arrived with great sharpness readers (as intended), but, at the same time, attracted about the suspicions of official Soviet criticis mengaged at the time in denigrating any artistic manifestation that might not sign up within the rigorous formal and thematic boundaries of socialist realism. Among his most important poetic works, it is worth recalling here the titled 835 lines (1928); In this year of 1941 (one of the most beautiful epic poems of the contemporary Turkish literature); Last poems written in Turkey; Emigration is worse than death; Turkish telegrams (1956); The hard job of exile (1958) and the collection of poems of love (1933-1962).

In his facet of writer

In his facet of writer, Nazim Hikmet wrote the autobiographical narrative the romantics (1963), which saw the light in France a few days after the death of the poet of Thessaloniki. Most interesting is, however, stop theatrical production, in which it is obliged to mention stark satire would really exist Iván Ivánovich?, which was carried to the Moscow stage in 1956, taking advantage of the timid opening favored by the Soviet authorities in the first years of the “thaw”. Conceived as a harsh satire against the Stalinist excesses and a firm rejection of the personalist cult paid throughout the village Soviet their leader, this splendid comedy once again to highlight the intellectual lucidity, personal courage and independence critical of an author who, for bringing these values, to its ultimate consequences had suffered already more than ten years of deprivation of liberty.