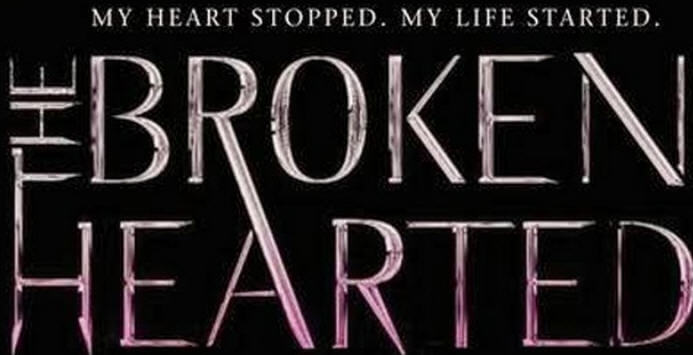 The Brokenhearted by Amelia Kahaney is a beautifully written origin story of an unlikely avenger.

Anthem Fleet seems like the girl who has it all. Safely ensconced in her family’s wealthy world of the North Side of the city of Bedlam, Anthem is dating the District Attorney’s gorgeous son Will. She is poised to be valedictorian, and is all but assured a place in the city’s professional ballet corps when she graduated.

But Anthem is uneasy with her good fortune and the expectations that come with it. Her parents are distant, and her Will makes demands of her that she isn’t sure she’s ready to fulfill.

So when Anthem’s best friend convinces her to go clubbing on the crime-ridden, drug-riddled South Side of Bedlam, she agrees. Her life is changed forever when she meets the mysterious and tormented South Sider Gavin, who makes Anthem feel like she never has before.

But nothing is as it seems in Bedlam, and a terrible series of events culminates in Anthem nearly losing her life. Her human heart is replaced with a “chimeric” hybrid, a genetically modified machine that beats so fast, Anthem finds herself capable of physical feats beyond anything she could have imagined.

Set in the Gothamesque (and aptly-named) city of Bedlam

Set in the Gothamesque (and aptly-named) city of Bedlam – think a crumbling Chicago blended with fragments of Paris and other metropolises – The Brokenhearted is an unusually relevant incarnation of a dystopian city. The violence, corruption, addiction and exploitation that personify Bedlam beneath the “Crime Line” are vividly explained, painting a larger-than-life version of the vices of our own world. The sharp class divisions that define Anthem’s world are all too familiar, and at their strongest they evoke the best elements of Christopher Nolan’s Batman films – holding up a mirror to a world we would rather not see.

Anthem herself works well as the unlikely hero of this origin story. Her delicate features and quiet personality serve as an interesting counterpoint to the violence around her, especially as the story progresses. Though it can become harder to connect to Anthem as the unlikely powers of her chimeric heart become more apparent, it is always encouraging to see a female hero who finds her own ways to change the world.

Well-paced and written in lush, lovely prose, The Brokenhearted by Amelia Kahaney is a well-paced and exciting debut that will pull reader along in search of the answers Anthem seeks.