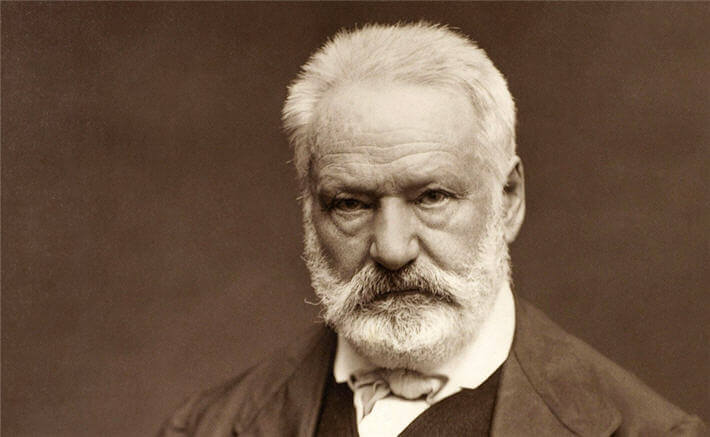 The French author Victor Hugo, is regarded by many as the supreme poet of French romanticism (a style in the 1800s that emphasized a free form of writing and expressed strong emotions, experiences of common people, and imaginative expressions and passion). He is known for producing large amounts of work, the ability to easily write poetry or novels, and his incredible vision.

Victor Marie Vicomte Hugo was born in Besançon, France, on February 26, 1802, to Joseph Leopold Sigisbert Hugo and Sophie Trebuchet. He and his two older brothers, Abel and Eugène, lived with their mother in Paris, France, while their father, a general and the governor of the Italian province of Avellino, lived in Italy. Hugo’s mother had a special friendship with General Victor Fanneau Lahorie, who became an enemy of the French government.

She let him hide in their house, and it was during this time he became a teacher for the Hugo boys. The boys frequently traveled to see their father and these trips caused breaks in their education. As a young boy, Hugo showed an interest in writing poetry. When he was twelve years old, Victor and his brothers were sent to school at the Pension Cordier. There they studied the sciences and spent their leisure time writing poetry and plays. When Victor was fifteen, he won the poetry contest held by the Académie Française and the next year placed first in the Académie des Jeux Floraux’s contest. Victor’s reputation as a poet developed early in his life, and he received a royal salary in 1822.

In 1822 Hugo married his childhood sweetheart, Adèle Foucher, one and a half years after the death of his mother, who had opposed their marriage. The couple later had four children. Their apartment in Paris became the meeting place for the ambitious writers of the Romantic Movement. In 1822 Hugo also published his first signed book, Odes et poésies diverses.

In 1824 a few of Hugo’s friends began a group called Muse française. All were young writers who were beginning to break with neoclassicism (a style of writing that was based on the styles of ancient Greece and Rome in which logical, clear, and well-ordered writing was valued). After his visit to Alphonse de Lamartine (1790–1869) and his discovery of German balladry (putting stories to music in an artistic way), in 1826 Hugo published Odes et ballades, in which his rejection of neoclassicism was clear.

The years 1826 and 1827 were successful ones for the Cénacle, the name given to a group of young romantics who were supporters of Hugo and his poetry. They called him the “prince of poets.” Hugo stopped writing flattering odes (poems that express positive emotions and feelings about people or events) to King Charles X (1757–1836) and instead began praising Napoleon I (1769–1821). With the support and advice of friends, Hugo created the attitude of romanticism. This belief was expressed in the preface to his unproduced play, Cromwell, published in October 1827. He felt that poetry should follow nature, mixing the beautiful and the good with the ugly and the displeasing. The Bible, Homer (c. ninth century B.C.E. ), and William Shakespeare (1564–1616) were the inspirational sources of his new literature. 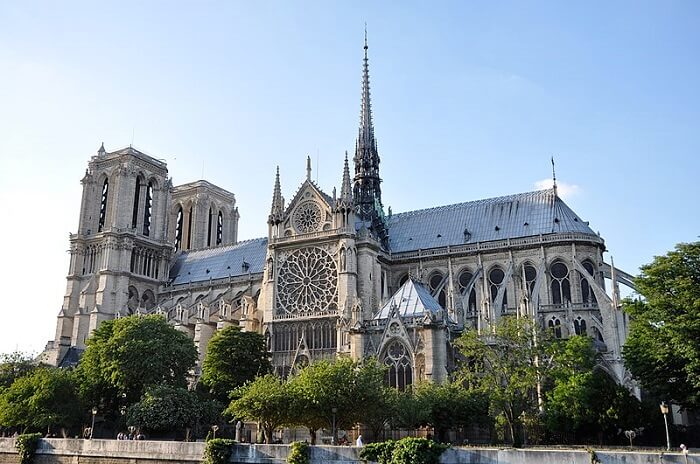 Convinced that romanticism must prove itself in the theater, Hugo followed Cromwell with a number of other plays. On February 25, 1830, the famous “battle of Hernani” took place, with Hugo’s supporters out shouting the neoclassicists and antiromantics (people who opposed the romantic movement) who had come to show their disapproval for the play. Hernani was performed forty-five times (an unusual success for those days).

In 1831 Hugo published his novel Notre Dame de Paris. He is best known in the United States with this work. In this he wished to convey the true spirit of the late Middle Ages through his creation of the Cathedral of Notre Dame and his characters: Frollo the archdeacon, Quasimodo the hunchback, and Esmeralda the gypsy girl. Although some readers were shocked that Frollo (who had taken holy orders) should fall in love with Esmeralda, the tale was a huge success.

Also in 1831 Hugo published one of his most beautiful collections of poetry, Les Feuilles d’automne. Once again, Hugo wrote about private topics. This volume expressed the sadness he felt about events in his past as the poet approached his important thirtieth birthday. It was not only the fact that he was aging that made Hugo depressed; his wife, tired of bearing children and frustrated by the poet’s immense selfishness, turned for comfort to the poet’s friend, the critic Sainte-Beuve. The sadness of this double betrayal is felt in Feuilles d’automne.

Due to Hugo’s loneliness from his wife’s rejection, he fell in love with the young actress and prostitute (a person who receives money for performing sexual acts) Juliette Drouet. He took it upon himself to save her. He paid her debts and forced her to live in poverty, with her whole life focused entirely upon him. From this time on she lived solely for the poet and spent her time writing him letters.

With the arrival of the July Monarchy, Hugo became wealthy and famous, and for fifteen years he was the official poet of France. During this period a large variety of new works appeared, including three plays: Le Roi s’amuse (1832), Lucrézia Borgia (1833), and the triumph Ruy Blas (1838).

In 1835 came Chants du crépuscule, which included many love lyrics (poems telling of emotion or love) to Juliette. In 1837 came Les Voix intérieures, a memorial of his father, who had been a Napoleonic general. Les Rayons et les ombres (1840) was another of his written works that was a statement of his personal emotions.

Hugo was now seized with a new ambition: he wished to become a statesman. When Louis Philippe was defeated in the Revolution of 1848, he allowed himself to be elected a deputy to the Assembly.

When Louis Napoleon began to achieve fame, Hugo supported him. But his enthusiasm for the new president was short-lived. He made a stirring plea for freedom of the press. At last, in 1849, he broke with Napoleon III (1808–1873).

Louis Napoleon seized power on the night of December 2, 1850, and declared himself emperor. Hugo called for the people to fight back, and many were killed in this process. Hugo’s involvement in the events put his life in danger. Juliette saved the poet, found him shelter, and organized his escape to Brussels, Belgium. From there he went to the British Channel islands of Jersey and Guernsey.

During Hugo’s long absence from France, he explored the dark side of his personality. There were many séances (meetings of people attempting to contact the dead) in his home. He believed that he was communicating with famous spirits. The “visit” that touched him most was that of his favorite daughter, Léopoldine, who had tragically drowned in the Seine with her young husband in 1843.

Indeed, Hugo’s family was doomed with many tragedies. While his life in England energized his poetry, his wife and children became depressed. They longed for their friends and the familiar surroundings of Paris. His daughter, Adèle, withdrew into a fantasy world until at last she ran away from home. Hugo continued his experiments with the supernatural until stopped by the fragile mental state of his son, Charles. Hugo’s wife left him to live in Brussels, where she died in 1868. Only Juliette remained loyal during the seventeen years the poet spent in England.

In 1856 Hugo published Les Contemplations, a work described as the progression of life from infancy to its end, complete with all of the emotional experiences that happen to a person during this process. Many of these poems predict Hugo’s next major work La Légende des siècles (1859), conceived as part of an enormous uncompleted work whose mission was to “express humanity.” Hugo dreamed of an all-inclusive vast poem. It would show that man and his soul were basically good and that the human spirit would come out and away from its concern with material things.

In 1862 Hugo published Les Misérables, a major novel, the work of many years. His guiding interest was a social and humanitarian concern for the disadvantaged. The book was not just an adventure story but a love story and a mystery as well. It solidified Hugo’s concern for people who were treated unfairly in society and once again amazed the reading public with the range of his literary powers.

When Victor Hugo died in Paris on May 22, 1885, he was a time-honored man, crowned with worldwide glory, still enthusiastic and emotionally devoted to the last.