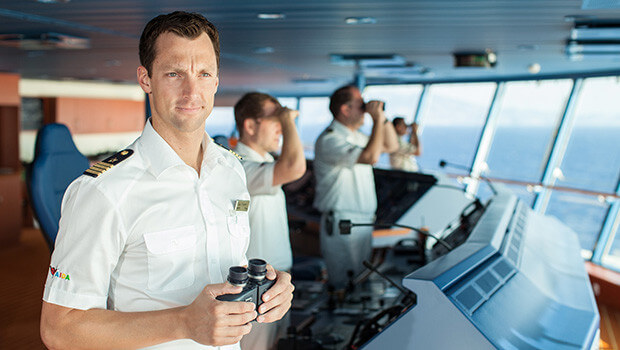 What is a Ship Captain?

A ship captain is the leader of an entire vessel, which can range in size from a small yacht to an entire cruise liner. He or she has vast experience with ships and their operation, and has likely worked their way through the ranks of other ship-related positions.

Duties on the ship fall far beyond the scope of a management position, as the ship captain must be proficient in every aspect of running a ship, from ship operation to maintenance, and in the instance of touring ships, playing host to the passengers. The entire success of a ship’s voyage lies on the captain’s shoulders and how well he or she manages the crew.

What do they do?

Ships and boats provide important forms of transportation that help both people and cargo to get where they need to go! Different kinds of water vessels are run by different types of specialized workers, such as captains, officers, deckhands, sailors, and mates! Sometimes, a ship’s operator is even known as a “pilot”! Usually, the captain (or sometimes “master”) is the one in charge who oversees the work of all the other crew members.

Depending on the size of the boat or ship, where it’s going, and what it’s carrying, a captain and his crew will carry out lots of different tasks. They must calculate the20 ship’s route and how fast it will go. They have to steer around obstacles like tides and winds as well as natural geography of the water they’re in. They also have to perform maintenance and work with engineers to ensure that all of their gear and equipment is working properly, such as boilers, pumps, and engines! Crew members are also usually responsible for anchoring the boat, keeping it clean and rust-free, and looking after things like lifeboats.

In order to start working on a boat, captains, crew, and other workers must obtain the right licenses and pass certain tests, since they are responsible for the safety of themselves and everyone else on board! While some workers who work on ships that travel long distances may have to be away from home for long periods of time, those who love being out on the water can find it to be a great job!