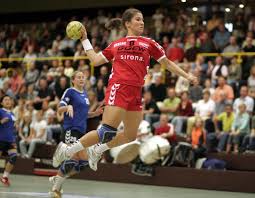 -One player must defend goal of respective team

-Players can take up to three whole steps with the ball

-Each team has to attack the goal when in possession of the ball, otherwise they will be penalized

-A throw-in occurs when the ball goes out-of-bounds

-A foul occurs when a player endangers an opponent, dives on the floor for a rolling ball or intentionally knocks the ball out of the hands of an opponent

International Rules of the Game:

These rules are very similar to those of the standard rules of the game, but have a few additions to some of them:

-In each game, not only should there be two referees overseeing the action, but also a timekeeper and scorekeeper to equally keep track of the time and score of the game

-International rules call for more ways for a referee to call unsportsmanlike conduct by a player including: a goalkeeper doesn’t try to stop a seven-meter throw and if a free-throw shooter hits an opposing player’s head and the opposing player is not moving their head in the area where the ball was traveling.