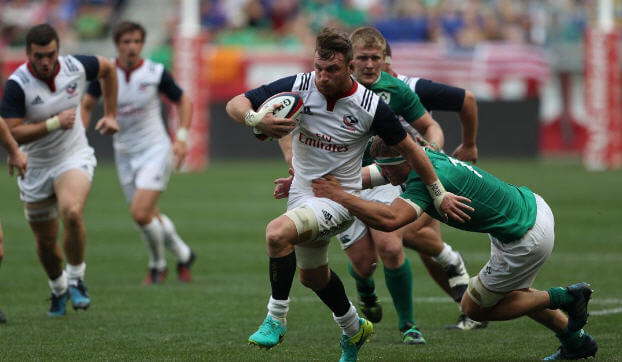 How To Play Rugby

Aim of the game

You play on a rugby fieldand you aim to beat the opposition by scoring more points. You do this mainly by scoring tries. You are awarded 5 points for each one.

You get a try by grounding the ball in the opposition’s ingoal area. Roughly speaking the “in goal” is the area marked out at each end behind the goal posts.

You can also get points by kicking at the goals. It involves kicking the ball both between the uprights and over the cross bar in a number of clearly defined situations.

Score as many tries as possible. The nearer the posts the better. Any player may score a try… you feel terrific when you do it!

The ball is kicked to start the game. It’s called the kick-off.

To make things difficult the odd shaped ball must be bounced before you kick it. It`s called a drop kick

The ball must stay in play (not go over the touch lines) and must travel a minimum of 10 metres. A line on the pitch shows this distance.

During general play the team with possession of the ball are allowed to carry, pass or kick the ball.

Moving the ball around the field during play