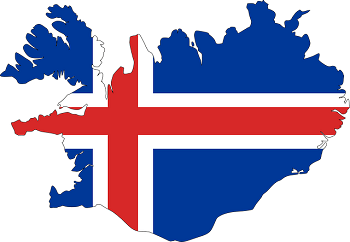 Iceland
Iceland is an island country located in Northern Europe’s Arctic region in the North Atlantic Ocean. The first explorer to establish that Iceland is an island was the Swedish explorer Garoar Svavarsson, in 870. From then on the island was inhabited and settled, first as the Icelandic Commonwealth, then as part of the Norwegian crown. In the 17th and 18th centuries the Dutch trade restrictions, natural disasters, epidemics, and famine greatly reduced the population of Iceland. Denmark granted Iceland limited independence in the late 1800s, and in 1918 it became a fully sovereign state. In 1944 Icelanders voted to end their Denmark union, and became the Republic of Iceland on June 17th, 1944.