In 1520 Selim was succeeded by his son Süleyman, known in the West as “the Magnificent” and in the East as Kanuni, “the Lawgiver.” . His reign of 46 years was to witness the apogee of Ottoman power and glory, towering above all rivals and competitors. His title of “Lawgiver” refers to his redistribution of the provinces of the empire and his provision of each with an individual statute of obligations and privileges, the financial aspects of which were based on actual land surveys. This was the first attempt ever made to estimate systematically the revenues of the empire, though it must be acknowledged that the information seldom seems to have contributed to the elaboration of a definite economic policy.

His political objectives, however, were well defined: the conquest of Hungary, the domination of the Mediterranean, control of the Tigris-Euphrates regions, and the neutralization of Safavid Persia. The first of these brought him into conflict with Habsburg Austria and so redoubtable an adversary as the Emperor Charles V. Süleyman captured Belgrade in 1521, and in 1526 he defeated King Louis II of Hungary at the famous Battle of Mohâcs. By 1528 the Ottoman army was besieging Vienna. 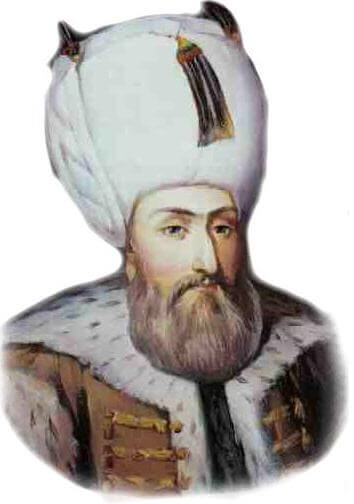 Budapest was taken the following year

Budapest was taken the following year, and by 1541 Transylvania was an Ottoman protectorate; from 1547 onward, Austria found it more expedient to pay an annual tribute to the Porte than to resist its arms. In these wars Süleyman was acting more or less as an ally of France. His particular contribution to the alliance was made in the Mediterranean where, following the capture of Rhodes from the Knights of St. John in 1522, Ottoman strength had been growing relentlessly.

In 1533 Barbarossa was made grand admiral of the fleet, and until his death in 1546 he was seldom effectively challenged in these waters. Tunisia fell to him in 1534, becoming another corsair state within the empire. In 1538 his defeat of Andrea Doria off Preveza put the seal of Ottoman supremacy on the Mediterranean. So confident had Süleyman become that he even thought to contest Portuguese power in the Persian Gulf by sending a fleet to Gujarat, India, in 1538 and again in 1554, but neither of these were to experience anything but disaster.

Most of the islands of the Aegean were annexed (Chios fell in 1566), though Malta, to which the Knights of St. John had come after losing Rhodes, successfully resisted a determined siege in 1565. Iraq was invaded and the capital city of Baghdad taken in 1534, assuring control of this key center of the economic life of the Middle East. Though at least two other campaigns were directed against the Safavids, their chief result was the intimidation of the unquiet territories through which the armies passed. Süleyman died in 1566 during the siege of Szigetvâr, and with him the heroic age of Ottoman history comes to an end.