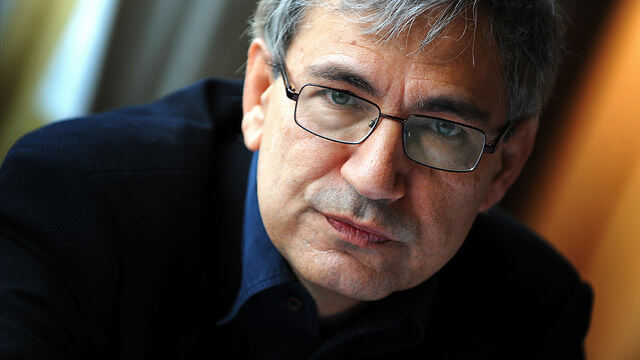 Pamuk was born in Istanbul in 1952 and grew up in a wealthy yet declining bourgeois family; an experience he describes in passing in his novels The Black Book and Cevdet Bey and His Sons, as well as more thoroughly in his personal memoir Istanbul. He was educated at Robert College secondary school in Istanbul and went on to study architecture at the Istanbul Technical University since it was related to his real dream career, painting. He left the architecture school after three years. However, to become a full-time writer, and graduated from the Institute of Journalism at the University of Istanbul in 1976. From ages 22 to 30, Pamuk lived with his mother, writing his first novel and attempting to find a publisher. He is a Muslim. He describes himself as a cultural one who associates the historical and cultural identification with the religion.

On 1 March 1982, Pamuk married Aylin Türegün, a historian. From 1985 to 1988, while his wife was a graduate student at Columbia University, Pamuk assumed the position of visiting scholar there, using the time to conduct research and write his novel The Black Book in the university’s Butler Library. This period also included a visiting fellowship at the University of Iowa.

Pamuk returned to Istanbul, a city to which he is strongly attached. He and his wife had a daughter named Ruya born in 1991, whose name means “dream” in Turkish. In 2001, he and Aylin were divorced.

In 2006, Pamuk returned to the US to take up a position as a visiting professor at Columbia. Pamuk is currently a Fellow with Columbia’s Committee on Global Thought and holds an appointment in Columbia’s Middle East and Asian Languages and Cultures department and at its School of the Arts.

In May 2007, Pamuk was among the jury members at the Cannes Film Festival headed by British director Stephen Frears. In the 2007-2008 academic year Pamuk returned to Columbia once again to jointly teach comparative literature classes with Andreas Huyssen and David Damrosch.

Pamuk was also a writer-in-residence at Bard College. He completed his latest novel, Masumiyet Müzesi (The Museum of Innocence) in the summer of 2008. The book was released in Turkey on the 29th of August.

Plans for an English translation have not been made public, but Erdag Goknar received a 2004 NEA grant for the project. His elder brother Sevket Pamuk – who sometimes appears as a fictional character in Orhan Pamuk’s work — is a professor of economics, internationally recognized for his work in history of economics of the Ottoman Empire, working at Bogazici University in Istanbul. In autumn 2009, Pamuk was Harvard’s Charles Eliot Norton Lecturer, delivering a series of lectures entitled “The Naive and Sentimental Novelist”.

On 12 October 2006, the Swedish Academy announced that Orhan Pamuk had been awarded the 2006 Nobel Prize in literature, confounding pundits and oddsmakers who had made Syrian poet Ali Ahmad Said, known as Adonis, a favorite. Many Turkish people believe that his being awarded the Nobel Prize was politically motivated.