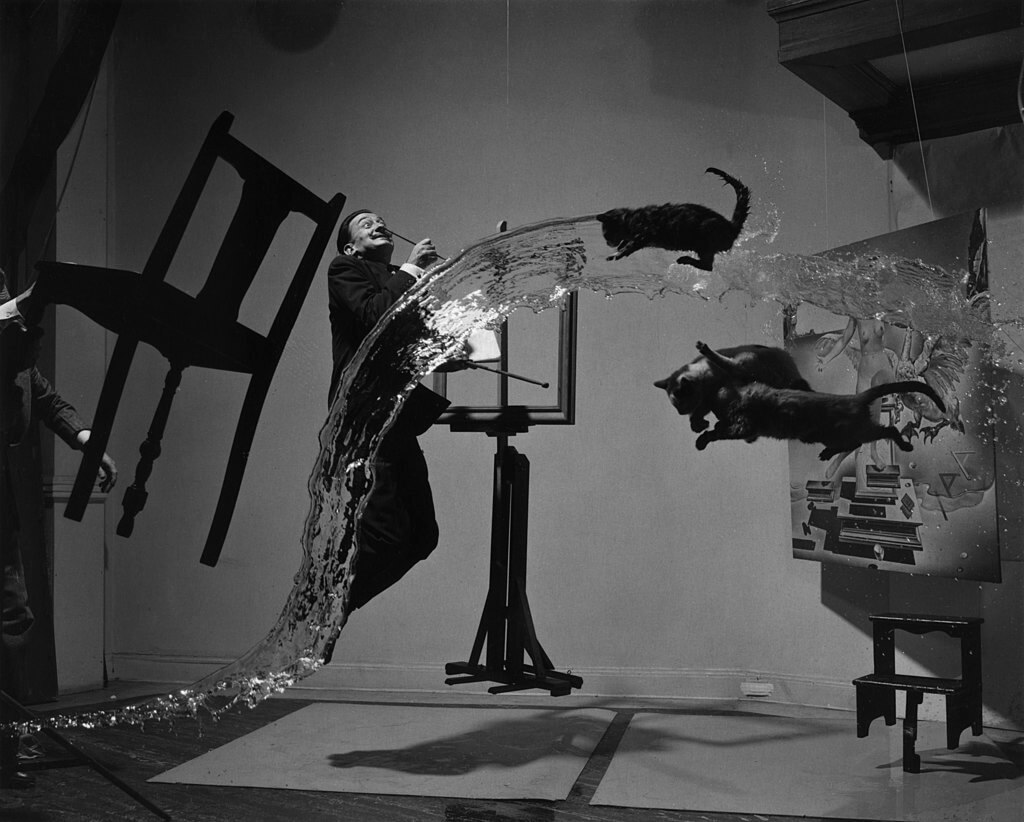 Salvador Dali was a prominent Spanish surrealist painter born in Figueres, Catalonia, on 11 May 1904. Dali’s father was strict in the education of his children unlike the mother. Dali had a brother named Salvador who was born nine months before him and died of gastroenteritis. When he was five, Dali was taken to his brother’s grave and was told that he was his brother’s reincarnation.

At an early age, Salvador Dali’s parents encouraged him to produce highly sophisticated drawings and was sent to drawing school in Figueres, Spain, in 1916.

In February 1921, Dali’s mother died of breast cancer. Dali was 16 years old; he later said his mother’s death was the greatest blow he had experienced in his life. After her death, Dali’s father married his deceased wife’s sister. Dali did not resent this marriage, because he had a great love and respect for his aunt.

The development of his own style

In 1922, Dali moved to Madrid and studied at the Real Academia de Bellas Artes de San Fernando where he already drew attention as an eccentric and dandy. He was influenced by several different artistic styles, including Metaphysics and Cubism. Dalí was expelled from the Academy in 1926, shortly before his final exams when he was accused of starting an unrest.

Later, Dali visited Paris where he met Pablo Picasso whom he revered. Picasso had already heard favorable reports about Dalí from Joan Miró, a fellow Catalan who introduced him to many Surrealist friends. As he developed his own style over the next few years, Dalí made a number of works heavily influenced by Picasso and Miró.

In August 1929, Dali met his lifelong and primary muse, inspiration, and future wife Gala. She was a Russian immigrant ten years his senior. They married in 1934. In addition to inspiring many artworks throughout her life, Gala would act as Dalí’s business manager.

Dali was a skilled draftsman, best known for the striking and bizarre images in his surrealist work. His painterly skills are often attributed to the influence of Renaissance masters. His best-known work, The Persistence of Memory, was completed in August 1931. Dalí’s expansive artistic repertoire included film, sculpture, and photography, in collaboration with a range of artists in a variety of media.

Dali attributed his “love of everything that is gilded and excessive, my passion for luxury and my love of oriental clothes” to an “Arab lineage”, claiming that his ancestors were descended from the Moors.

Dali was highly imaginative, and also enjoyed indulging in unusual and grandiose behavior. His eccentric manner and attention-grabbing public actions sometimes drew more attention than his artwork, to the dismay of those who held his work in high esteem, and to the irritation of his critics.

In 1980 at age 76, Dali’s health took a catastrophic turn. His right hand trembled terribly, with Parkinson-like symptoms. His near-senile wife allegedly had been dosing him with a dangerous cocktail of unprescribed medicine that damaged his nervous system, thus causing an untimely end to his artistic capacity.

His wife Gala died on 10 June 1982, at the age of 87. After Gala’s death, Dali lost much of his will to live. On the morning of 23 January 1989, while his favorite record of Tristan and Isolde played, Dalí died of heart failure at Figueres at the age of 84.