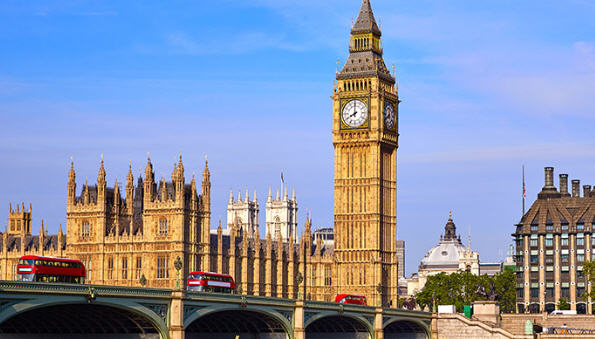 Big Ben is a bell located in the clock tower of the Palace of Westminster in London, England. Big Ben is the nickname of the Great Bell, cast in 1858 to replace the first bell cast in 1856 (which cracked during testing). Big Ben also cracked, but was repaired and is still in use today. Big Ben is located in the Palace of Westminster’s north end, in Elizabeth Tower (renamed to celebrate the Diamond Jubilee of Queen Elizabeth II. Big Ben was cast at Whitechapel Bell Foundry in East London, and weighs about as much as a small elephant. Big Ben was cast from copper and tin, as well as pieces of the original Big Ben that cracked in 1857 and had to be replaced.