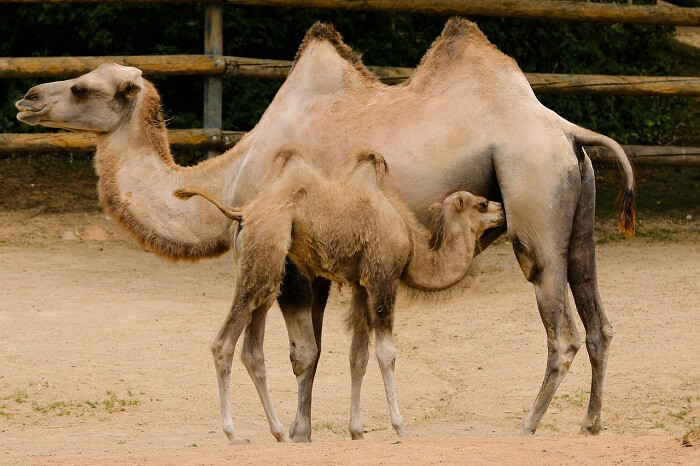 Camels are unique-looking creatures that are easily recognized because of their humps. They live in the desert areas of Africa and Asia. There are 2 types of camel: Dromedary, which has one hump, and Bactrian, which has two humps. Both types can be domesticated. Wild Bactrian camel is on the edge of extinction because domesticated variety eats all their food.

Camels can run 40 miles per hour.