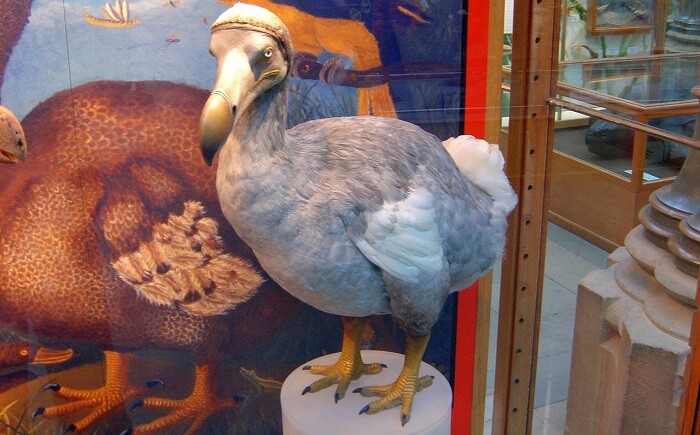 The dodo bird lived on the island of Mauritius, which is off the coast of the continent of Africa. The dodo birds were gray in color. They were about 3 feet tall, and they weighed 22-40 pounds. The dodo birds are known for their very large hooked beaks, which were either pale yellow or green in color.

Dodo birds had very small wings, but they couldn’t use them to fly. Dodo birds were flightless birds because they did not have any predators (animals or human) on the island of Mauritius and didn’t need to fly. Therefore, they ate fruits, nuts, and seeds on the ground. Even though they couldn’t fly, they could run very fast. They also went into the water and ate crabs or shellfish.

Reasons for Extinction and Consequences