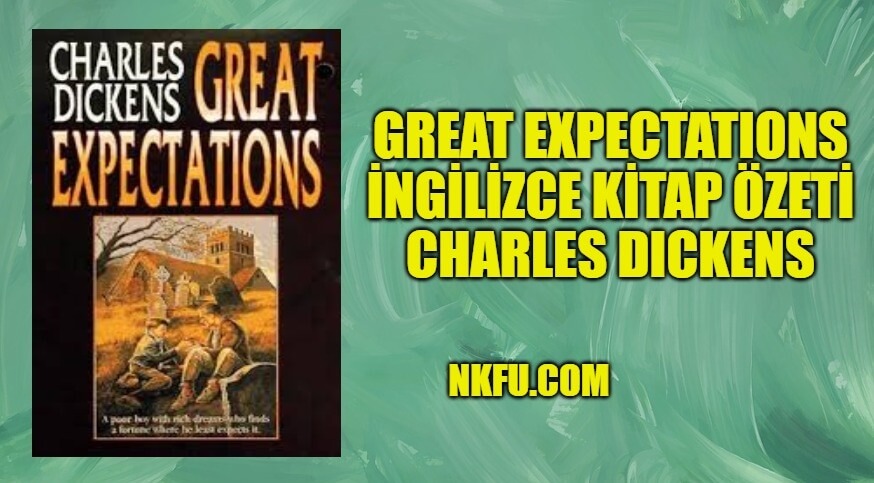 As a young child, the orphan Pip lives with his sister and brother-in-law, the village blacksmith. On Christmas Eve, Pip is walking through the marshes when he meets an escaped convict who threatens him into bringing back food and a file to break the leg-irons. On Christmas Day, the convict is captured and returned to the prison ships known as The Hulks. He never reveals Pip’s assistance when he is caught and asked how he escaped his irons.

Much later, young Pip is sent to entertain Miss Havisham, a wealthy old lady who lives in a mansion known as Satis House. Miss Havisham is a bitter woman who was jilted on her wedding day long ago. She still wears her wedding gown, and the now-rotten wedding cake sits atop her dining room table. Her adopted daughter, Estella, is beautiful, and Pip instantly falls in love with her. But Estella is cold and distant. Over time, she softens somewhat toward Pip, but her affection is erratic. She tells him she can never love anyone.

Pip is dismissed from Miss Havisham’s service and becomes an apprentice to Joe. But Estella has instilled in him a shame in his commonness. He longs to be a gentleman, not a blacksmith. His discontent grows. One day he learns that an anonymous benefactor has left him an enormous sum of money. He is to move to London, where he will be trained to act as a gentleman. A lawyer, Jaggers, will oversee his inheritance. Pip is certain his benefactor is Miss Havisham, and believes he is being trained as Estella’s future husband. Pip’s happiness is unfathomable as he moves to London, away from the only family and friends he has ever known. He is educated by Mr. Mathew Pocket and strikes a great friendship with his son, Herbert. 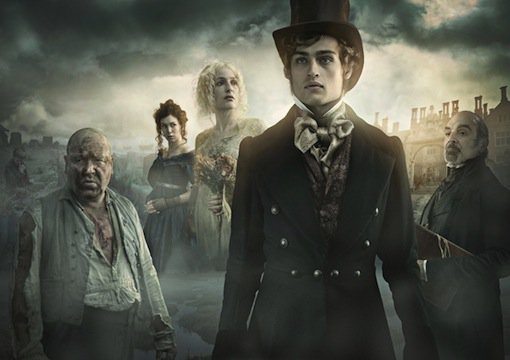 His wealth and position changes him, and soon Pip leads a dissipated life full of idleness.

His wealth and position changes him, and soon Pip leads a dissipated life full of idleness. He is ashamed of Joe and Biddy, and wants little to do with them. He thinks association with them will lower him in Estella’s eyes. Estella continues to be a powerful factor in his life. She has been trained by Miss Havisham to break men’s hearts, and is constantly put in Pip’s life to toy with him. Even though she warns him she cannot love him, Pip persists in loving her.

On his twenty-fourth birthday, Pip learns that his benefactor is not Miss Havisham, but the convict from long ago. He realizes he is not meant for Estella, and also that Miss Havisham deliberately let him assume incorrectly. As well, he realizes with shame that he has mistreated his good friend Joe, who was always faithful to him. Though Pip is ashamed of the convict, Magwitch, he is grateful and loyal, so he commits himself to protecting Magwitch from the police, who are looking for him. His friend, Herbert Pocket, helps him.

Pip’s moral education begins. He decides he can no longer accept the convict’s money. He becomes compassionate towards Magwitch, realizing the depth of the convict’s love for him. He tries to help Magwitch escape, but in the chaos, Magwitch is injured and caught. Magwitch dies, but not before Pip discovers that adopted Estella is Magwitch’s daughter and tells Magwitch how lovely she is. Estella marries Pip’s enemy, Drummle. Miss Havisham dies, but not before repenting of the bitterness that has ruined her life.

She leaves a good deal of money to Herbert Pocket, at Pip’s request, in the hope that it will earn her forgiveness. Pip goes to Joe and Biddy, who have married one another since the death of Pip’s sister. He atones for his sins against them then sets off on his own, determined to make things right in his life. The novel ends when he meets Estella after many years. She has left Drummle, who has since died. She is remarried. She and Pip part as friends and Pip realizes she will always be a part of his life, as surely as all the other memories of his once-great expectations.