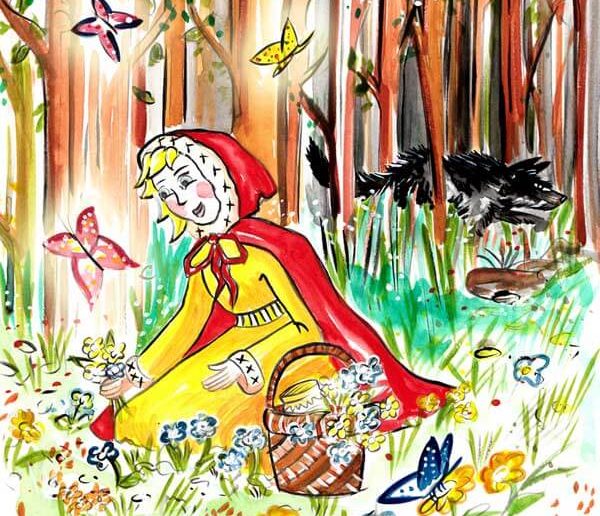 The Brother’s Grimm version of the traditional tale “Little Red Riding Hood” is a story about a girl who wears a red riding hood and who is asked by her mother to take some food to her ailing grandmother who lives across the woods. Little Red Riding Hood, who is quite young, walks from her house, through the woods from her house to her grandmother’s house, carrying a basket of food. On the way to her grandmother’s house, she meets a wolf. The wolf asks her many questions about what she’s doing and where she’s going. After a bit, the wolf goes on his way, leaving Red Riding Hood to continue on her way alone.