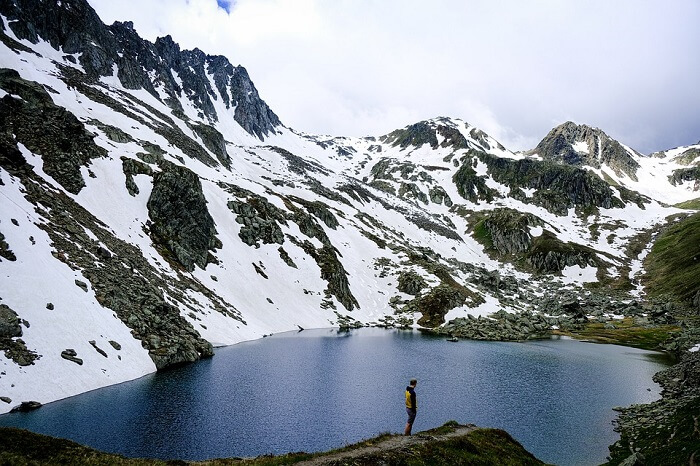 Winter is the coldest season of the year in some parts of the northern and southern hemisphere, this season is characterized by falling snow and freezing cold temperatures, usually exacerbated by strong winds. The season which usually lasts about three months is caused by the winter-stricken area being farthest away from the sun in the earth’s orbit around it.

Most schools take breaks during this period, whilst business in offices slows and schedules are rearranged according to the whims of the season. Around this time, the days are short and nights longer, this usually reverse slowly as the season progresses. The sun comes out very late on winter mornings and when it does is not hot.

People rarely come outdoors until daylight; most sit indoors by the fireside in the mornings and evenings. Everyone sees the essence of the weather report during winter, this service assumes added importance as the information they present can be the difference between having proper protective clothing and freezing to death, knowing if the roads would be navigateable tomorrow morning, or if the night’s blizzard has called off engagements on their behalf.

Most people wake up to shovel snow out of their paths on winter mornings. On some particularly severe occasions, snow and strong winds has blocked roads and grounded flights, even frozen rivers for days, week and months.

People clothe themselves in thick apparels during winter to ward off the cold and keep their bodies warm, over the year’s winter clothing has evolved, today styles and designs are incorporated into them, far from the tattered animal skin that early man in these areas used to protect himself from the same grim weather.

In winter affected areas of the world, several outdoor and sporting activities have been designed to take advantage of the weather and give the people a chance to exercise and bring themselves some joy. These activities, taken as tradition and practiced at every winter (some depending on the ice level) includes; curling, ice skating, ice racing, ice sculpture, ice hockey, ice fishing, ice climbing, ice boating and more.

Plants and animal life respond to winter in varying ways. Some animals such as birds migrate when the winter season is approaching and only return during the summer, this is to ensure food supply as most of their food sources freeze in the winter.

Others go into hibernation, a state resembling sleep where the animal remains inactive, usually housed in a shell, remaining so until summer arrives. Some animals profusely gather and store food, in preparation for winter months when the sources are dead and gathering impossible. In response to the weather most animals have also adapted themselves, by developing thick furs that keep them warm during this season, others such as the snowshoe hare changes colour to white and becomes indistinguishable from the snow as a survival tactic.

Whilst some plants completely die off in winter, others actually need the season to complete their life cycle. Some plants buried in snow are as a result insulated by it and survive the weather, some trees lose all their leaves during this season, but their roots are active, protected by the thick layers of snow that covers the earth surface.

Winter is also a time of fruits, many fruits such as guava and oranges as well as many vegetables become available during winter. Often times people complain of winter, cursing the cold and praying for the summer, but if we did not have winter, can we truly appreciate summer and vice versa?