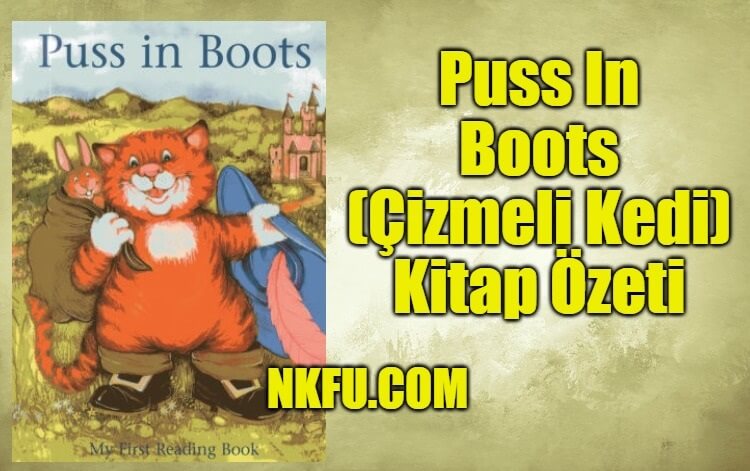 There was once a miller who had three sons, and when he died his estate was divided among them. The older sons fared very well, but the youngest received nothing but the cat, and he often complained bitterly of his lot.

“My brothers may get their living easily enough,” he said, “but as for me, I may soon die of hunger and want.”

The cat, who had heard this, came out of the cupboard where he had been listening.”

“Do not worry, my good master,” he said. “You have only to give me a bag and have a pair of boots made for me, and you shall see that your portion is not so bad as you imagine it to be.”

The cat’s master obtained both bag and boots, and watched the cat pull on the boots and throw the bag over his shoulder. Then Puss in Boots sallied forth.

He went to a warren in which there were a great number of rabbits. He put some bran and some parsley into his bag. Then waited for some innocent rabbit to feast on the dainties. Soon two young rabbits jumped into his bag and Puss in Boots drew the strings and caught them.

Puss in Boots was very proud of his prey

Puss in Boots was very proud of his prey, and hurried with it to the palace and asked to speak to the king. Bowing low, Puss said, “Sire, I have brought for you rabbits from the warren of my noble lord, the Marquis of Carabas (the title Puss gave to his master), which he commanded me to present to your majesty with his compliments.”

The king was much pleased and said, “Tell your lord Marquis of Carabas that I accept his present with pleasure.”

In this manner the cat continued to carry presents of game to the king at least once a week for two or three months.

Then one day Puss in Boots said to his master, “If you will only follow my advice, your fortune is made. Go to the river and bathe just where I show you.”

The Marquis of Carabas did exactly as the cat advised, and while he was bathing, the king passed by, riding in his coach with his daughter, the loveliest princess in the world.

Then Puss in Boots began to cry out, “Help! Help! My lord Marquis of Carabas is going to be drowned!”

Hearing the cries, the king ordered his attendants to go to the rescue of my lord Marquis of Carabas.

While the servants were drawing the young man from the river, Puss in Boots came up to the coach and told his majesty that thieves had run off with his master’s clothes, though in reality he himself had hidden them under a stone.

After the marquis was dressed

After the marquis was dressed, the king was much impressed with him. And asked him to ride in the royal coach; and it was not at all strange that the king’s daughter at once fell deeply in love with him.

Quite overjoyed, Puss in Boots marched before the coach, giving orders to the workmen he met along the way.

Presently as the king came by, he saw some mowers working in a meadow. Then asked them to whom the meadow belonged.

To my lord Marquis of Carabas!” the mowers answered, as the cat had instructed them.

“A very fine piece of land you have there, my lord marquis,” said the king.

“You speak the truth, sire,” replied the young man, “for it never fails to bring me a most bountiful harvest.”

Soon the coach passed another field where laborers were working industriously. When the king asked to whom the field belonged, they answered, “To my lord Marquis of Carabas!”

The king once more complimented the marquis upon his rich possessions.

At last Puss in Boots arrived at a stately castle. It belonged to an ogre, the richest ever known, and all the lands through which the king had passed that morning belonged to him.

The Ogre received Puss as civilly as an ogre could do and asked him to sit down.

“I have been told,” began Puss in Boots, “that you are able to change yourself into any kind of creature that you have a mind to. You can, for example, transform yourself into a lion, an elephant, or the like.”

“That is true,” answered the ogre very briskly; “and to convince you, I shall now become a lion.”

The cat was so terrified at the sight of a lion

The cat was so terrified at the sight of a lion so near him that he leaped onto the roof, which caused him even more difficulty, because his boots were of no use at all to him in walking on the tiles. However, the ogre resumed his natural form, and the cat came down, saying that he had been very frightened indeed.

“I have further been told,” said the cat, “that you can also transform yourself into the smallest of animals, for example, a rat or a mouse. But I can scarcely believe that. I must admit to you that I think that that would be quite impossible.”

“Impossible!” cried the ogre. “You shall see!”, and in an instant he became a mouse and began to scamper about the floor.

No sooner had Puss seen the Ogre in the form of a mouse than he sprang upon him, eating him in an instant

In the meantime the king’s coach approached the Ogre’s castle. The king desired to visit it, and ordered the attendants to drive up to the gates. Hearing the wheels on the drawbridge, Puss in Boots hastened out.

“Your majesty is indeed welcome to the castle of my lord Marquis of Carabas!” he said.

“And is this splendid castle also yours, my lord Marquis of Carabas?” inquired the king. “Let us go in, if you please.”

The marquis gave his hand to the princess

The marquis gave his hand to the princess, and they followed the king into the castle. In the spacious hall they found a splendid feast which had been prepared by the Ogre for some of his friends.

The king was so charmed with the good qualities of my lord Marquis of Carabas that when he had partaken of the banquet he said:

“It will be your own fault if you do not soon become my son-in-law, my dear lord Marquis of Carabas!”

So after a short courtship the princess became the bride of the marquis and they lived happily ever after.

Puss in Boots was made a great lord and wore the most beautiful clothes, and never again ran after mice, except for entertainment.