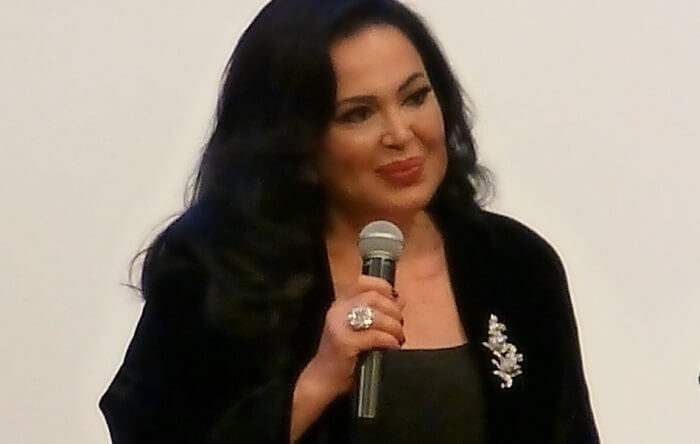 Türkan Soray was born on June 28, 1945 in Istanbul, Turkey. Türkan Soray is one of four big female stars of the old Turkish cinema.

Türkan was born to a railway-officer father and a housewife mother. She started in Turkish cinema at the age of 15, when she accompanied to her friend, neighbor Emel Yildiz (also known as Panther Emel due to her sensitivity for animal rights) while going to a film set. There, she was discovered by Turker Inanoglu and the leading actress role was taken from Emel and given to her in that film, Köyde bir kiz sevdim (1960). After that her career had developed steadily and she had become the most desired women in movies due to her beauty and talent at 1960s.

Even, since her movies having similar plots was shown in cinemas, her movies made some losses. Due to the high interest of the producers, she could forced some principles, frequently mentioned as “The rules of Turkan Soray”, to the producers. These laws consisted of some constraints about place, non-nudity, working hours, some penalties in violations and so on. These rules couldn’t been opposed by the producers because of her popularity and box offices of her movies. She had many national and international nomination and awards and was chosen to be a “Artist of State” by Ministry of Culture of Turkey Republic.

In 1990s, she made some works for TV. Especially, Ikinci Bahar and Tatli Hayat TV series could be assumed to be one of the best series in their kinds at their times. She has been making a biographical cinema program, Sinema Benim Askim(Cinema is My Love) for NTV channel.

On 12 March 2010, she was chosen to be a goodwill ambassador by UNESCO.

In her personal life, she had shared her life with Ruchan Adli in early times of her career. Mr. Adli helped and advised her in her career development. They didn’t marry but separated after 20 years. In 1983, she married Cihan Unal, but they divorced in 1987. They have a daughter called Yagmur.