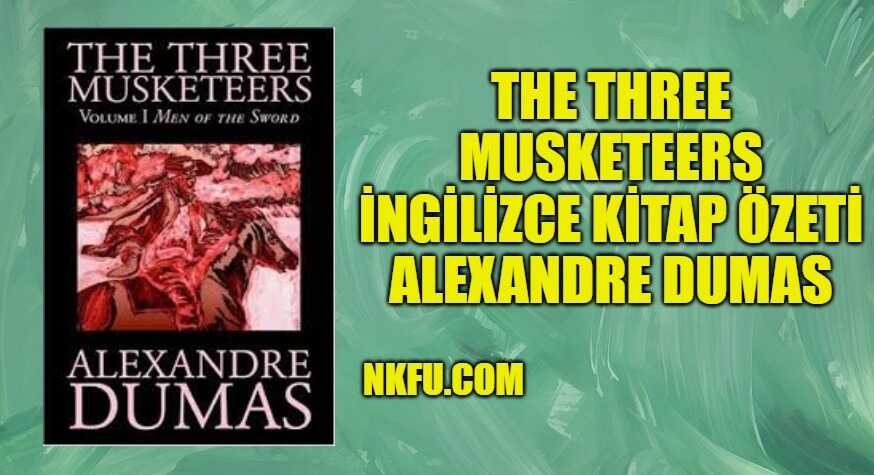 At the age of eighteen, d’Artagnan goes to Paris with a letter of introduction from his father to Monsieur de Tréville, the Captain of the King’s Musketeers. On his way, d’Artagnan gets into trouble. At an inn in Meung, a group of men laugh at his horse and he gets into a fight. The letter of introduction is taken from him. When he recovers, he sees one of the men talking to a woman he calls Milady. He tries to catch him, but he falls to the ground. In Paris he meets Monsieur de Tréville. Before they start talking, de Tréville calls three musketeers in, Athos, Porthos and Aramis. Only two arrive, as Athos is very ill. There was a fight between the Cardinal’s guards and the King’s musketeers. They were taken by surprise, two musketeers were killed and Athos was wounded. D’Artagnan then tells de Tréville about his stolen letter and his desire to become a musketeer. D’Artagnan sees the man from Meung again and runs after him.

While pursuing him, he offends three musketeers. First, he collides with Athos, then he jostles Porthos, and finally, he offends Aramis by bringing attention to a lady’s handkerchief. He is challenged to a duel by each of them. Later, he meets the musketeers and begins dueling with Athos. They are all threatened with arrest by the Cardinal’s guards because of a law against dueling. D’Artagnan and the musketeers drive the Cardinal’s men away. So, just after his arrival in Paris, d’Artagnan becomes an intimate friend of the three musketeers.

The Cardinal organises a dinner and dance and wants the Queen to wear the diamond pins the King had given her as a present. The Queen, however, has given the pins to her lover, the English Duke of Buckingham. The Cardinal, who knows this, has sent Milady to steal at least two of the diamond pins. The Queen, in her desperation, confides in her servant, Constance, who offers to help her by asking d’Artagnan to take a letter to the Duke. On their way to London, the three musketeers are continually attacked by the Cardinal’s men, and prevented from completing the journey to England with d’Artagnan.

D’Artagnan hands the Queen’s letter to the Duke. He discovers two diamond pins are missing and realises that Lady de Winter (Milady) took them. He has two new pins made and gives them to d’Artagnan, who returns to Paris. On the day of the great dinner, the King notices the Queen is not wearing the pins and asks her to put them on. While she gets them, the Cardinal gives the King a box containing two diamond pins. The King expects her to be wearing the remaining ten pins, but she returns with the complete set of twelve. The Cardinal is very angry. Afterwards, the Queen rewards d’Artagnan with a diamond. D’Artagnan finds his three friends, each at the inn where he left them. Porthos is recovering from an injured leg. Aramis is about to join the Church, but d’Artagnan gives him a letter from his love, which makes him change his mind. Athos is sad because his wife turned out to be a bad woman. She is Lady de Winter, otherwise known as Milady.

The Cardinal and the King decide to attack the Huguenot city of La Rochelle. While the musketeers are on their way to the city, Athos overhears the Cardinal’s conversation with Milady in an inn. He is telling her to go to England and speak to the Duke again and tell him the Cardinal knows of his love affair with the Queen and will reveal the secret if the Duke helps the Huguenots in La Rochelle. The Cardinal says the Duke will die if he supports the Protestants in France. She asks the Cardinal to kill d’Artagnan and Constance. Athos confronts Milady and takes the Cardinal’s permit from her. Athos tries to tell his friends about Milady’s plans but there are people listening. He makes a bet with some guards that they can have breakfast at St Gervais Bastion. The losers will pay for a dinner for eight.

The four men fight some workmen who have come to the bastion. They take control of the place by propping up dead men to make them seem to be alive, thus confusing the opposing forces. They win the bet. Milady is killed on her arrival in England. The Cardinal learns that she was a murderess and that everything was done under his permit. He rewards d’Artagnan by making him a musketeer.