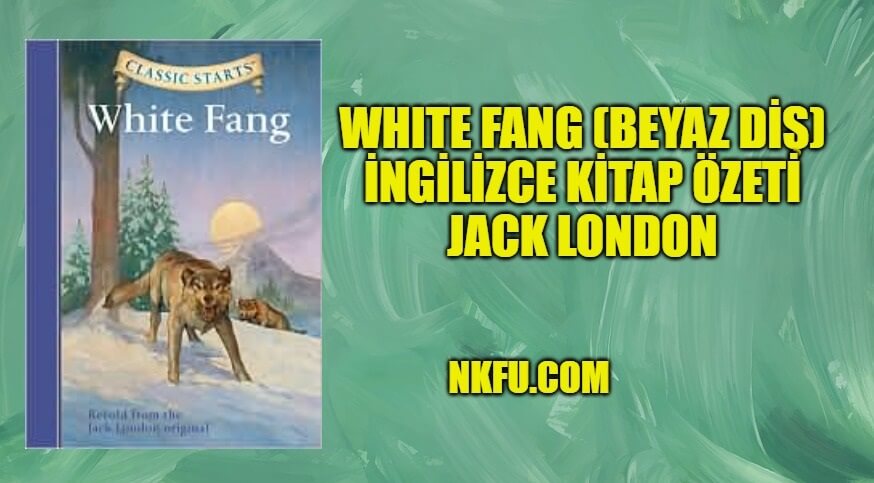 The novel opens as two men, Bill and Henry, carry the dead body of Lord Albert south to be buried. Over the course of the journey, their dog sled is pursued by a hungry pack of wolves. The sled dogs are picked off one by one as they try to join the pack. The dogs are lured by the she-wolf running with the pack, who is part dog herself and knows how to communicate with them. Soon, Bill is eaten by the pack. Just as Henry is about to be eaten by the wolves, he is rescued by soldiers who are looking for Lord Albert.

The wolf pack runs away and travels together. The she-wolf is courted by several other members of the pack. A wolf named One Eye finally succeeds, and they go off to hunt together. The she-wolf becomes pregnant, and they find a cave where she bears her young. There is a famine, and all of her litter die of starvation except for one cub, a little gray wolf. One Eye does not return from his hunting.

One day the cub and she-wolf encounter Indians.

One day the cub and she-wolf encounter Indians. One of them calls to the she-wolf by a strange name: Kiche. They name the cub White Fang. Kiche and White Fang become the dogs of one Indian named Gray Beaver. When they reach the Indian camp, White Fang is tormented by an older puppy named Lip-lip. White Fang learns that Gray Beaver is his master, and that he can never bite Gray Beaver. He is abused by all the dogs in the Indian camp, and becomes vicious and ferocious.

White Fang is put on the sled team of Gray Beaver’s son, Mit-sah. After they return to the camp, famine strikes again, and White Fang goes into the Wild to live. When the famine passes, he returns to Gray Beaver and travels with him to Fort Yukon, where Gray Beaver becomes addicted to whiskey. He sells White Fang to Beauty Smith, who keeps him caged and forces him to fight other dogs. He becomes a killer. He wins every fight until he comes up against Cherokee, a mastiff. Cherokee’s jaws clamp down on his throat and he can’t escape. Weedon Scott, a stranger visiting the area, rescues him.

Weedon Scott and his friend Matt realize how intelligent White Fang is and try to tame him, but are unsuccessful at first. Scott shows White Fang that he will not be cruel. White Fang begins to love Scott, and when Scott has to go back to his home in California, White Fang forces Scott to take him along.

White Fang is out of place in California, and is not entirely trusted by the Scott family. One of Scott’s dogs, Collie, particularly distrusts him. However, White Fang dramatically proves himself. First, White Fang saves Scott by getting help when Scott falls off his horse and breaks his leg. Then, he earns the title “Blessed Wolf” by killing an escaped convict who was intent on murdering Weedon Scott’s father.