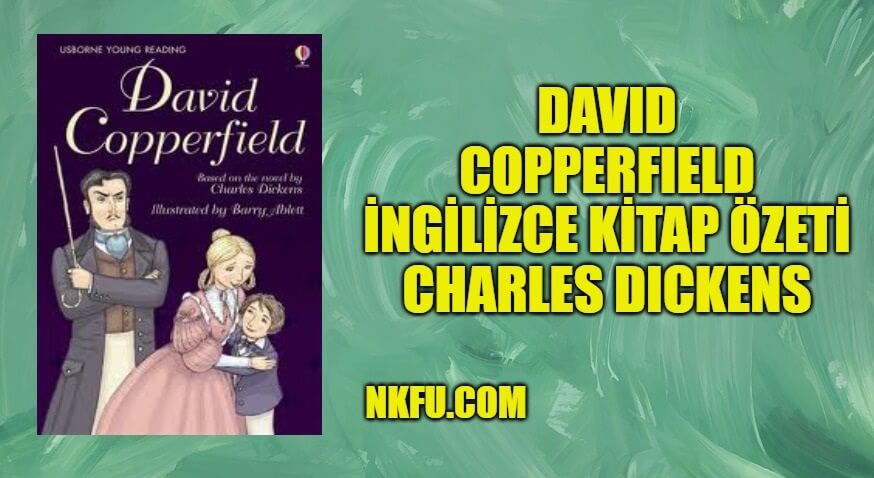 David Copperfield is the story of the narrator’s life from early childhood to adulthood. In it, David describes all the obstacles he had to overcome in order to acquire peace of mind and economic stability.

David enjoys a happy childhood with his mother and her faithful servant, Peggotty, until his mother marries again and proves powerless to protect him from the cruelty of his stepfather, Mr Murdstone.

Mr Murdstone sends David to a boarding school in London where he makes friends with Steerforth and Traddles. When David’s mother and his baby brother die, David is sent to work at Mr Quinion’s business.

While he works at the wine-bottling business David stays at Mr Micawber’s house but when the latter leaves London, owing to his debts, David decides to go in search of his only relative, Miss Trotwood, whom he finds in Dover. Davis is sent to school again and becomes a great friend of Agnes Wickfield’s, at whose house he stays when he’s not at school.

After finishing school David goes to Yarmouth to visit Peggotty, who has married Mr Barkis. There, he meets Steerforth who seems upset that Emily, Mr Peggotty’s niece, is marrying her friend Ham. At Mr Spenlow’s, with whom David is going to study law, he falls in love with Dora, his daughter.

David arrives at Yarmouth after Mr Barkis’s death. There he hears that Emily has run off with Steerforth. Mr Peggotty is devastated and starts searching for her. Back in London David proposes to Dora and is accepted.

When Miss Trotwood informs David that she has lost all her money, all his plans collapse. He starts learning shorthand to find a good job in order to be able to marry Dora. In the meantime, Uriah Heep, a disgusting man who lives with the Wickfields, wants to marry Agnes. Mr Peggotty keeps looking for Emily.

David and Dora marry thanks to the money he has earned by writing stories. Dora proves to be a very incompetent housewife, but David loves her all the same. Mr Peggotty hears that Emily has left Steerforth and asks an old friend of hers, Martha Endells, to look for her in London. Martha locates Emily and Mr Peggotty decides to emigrate to Australia with her and the Micawbers, now that Mr Micawber has got rid of Uriah Heep and exposed him as a thief.

Dora falls ill and dies and, in Yarmouth, a terrible storm kills Ham and Steerforth. Moreover, all the rest of David’s friends, except for Miss Peggotty and Traddles, leave for Australia. David travels abroad to try to forget Dora but he falls ill and returns to England. David eventually marries Agnes, who had always loved him, has five children and becomes a famous writer.