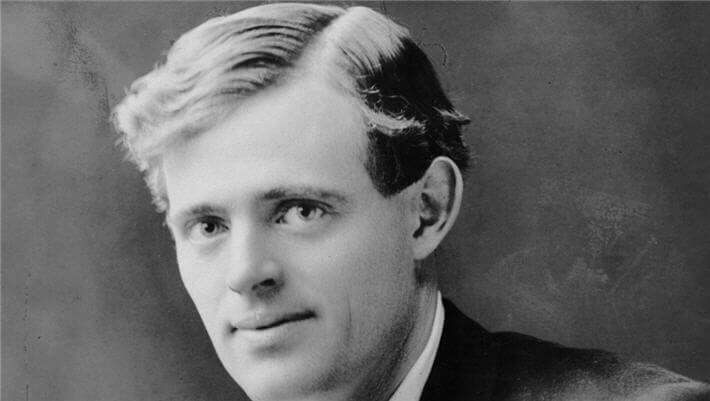 Jack London’s life was as rugged and adventurous as the tales he told. Born in San Francisco on January 12, 1876, he grew up in and around the docks of San Francisco and Oakland, California. At 13 he left school to help support his family. But normal occupations did not appeal to him, and he joined a gang of men who illegally caught oysters at night and sold them the next morning. At only 15 years of age, Jack London was one of the most successful oyster pirates working San Francisco Bay.

London maintained a strong love for books while he practiced his pirate trade. In fact, his continuous reading was often compared to his hard drinking — he did both with equal zest. London moved from place to place and from job to job. He hunted seals in the Pacific, worked in a jute mill, and went prospecting for gold in Alaska. London was an active socialist and joined a march to Washington, D.C., in 1894 to voice demands for social and economic justice. But his own words sum up his attitude: “I became a tramp … because of the life that was in me, of a wanderlust in my blood which would not let me rest.”

London began writing down his adventures

London began writing down his adventures, and in 1893 he won a newspaper short-story contest. This success encouraged him to write more. His early works were rejected by publishers, but a series of stories based on his experiences in the Far North met with greater success. Between 1900 and 1916, he became the most widely read author of his time. Most of London’s stories are about the struggle for survival that he knew well. His short stories of the Klondike, such as “To Build A Fire,” drew on his own experiences there. The autobiographical novel Martin Eden (1909) tells of the time he first began to write. And anyone who reads his novels The Sea Wolf (1901), The Call of the Wild (1903), and White Fang (1906) will come to know the life and personality of Jack London.

Unfortunately, London’s life came to a tragic end. Ill and burdened by debts, unable to help people to whom he had often given money and shelter, he took an overdose of drugs. He died on November 22, 1916.