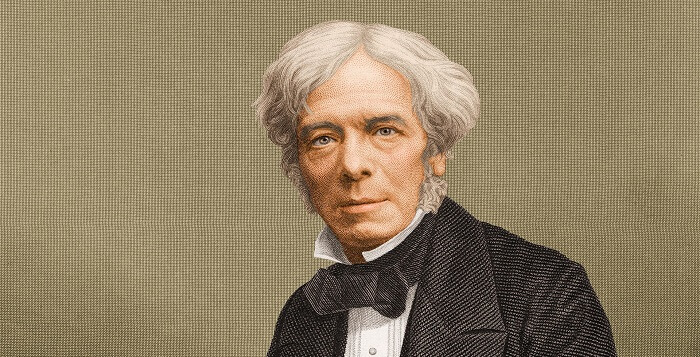 Michael Faraday was one of the great scientists of the nineteenth century, who amongst his other discoveries, helped to convert electricity into a property that could be easily utilized. His main discoveries include electromagnetic induction, electrolysis, and diamagnetism. He has contributed significantly to the study of electromagnetism and electrochemistry.

Michael Faraday was born in South London in the year 1791 into a poor family. He attended a day school where he was taught to read, write and count. When he was 13 years old, he was forced to work to help his family’s finances. He started an apprenticeship at a local book binding shop, where he would read and teach himself various scientific concepts during his spare time. He spent seven years serving his apprenticeship with the book binder. In 1810, Michael started to attend lecture classes at the John Tatum’s house. Though he attended lectures on various topics, but his main areas of interest where electricity, mechanics, and galvanism.

In 1812, Faraday got some tickets to attend a series of lectures given by Humphry Davy at the Royal Institution. Faraday made careful copies of lectures he had given. Faraday’s apprenticeship ended in 1812 and he took a job as a bookbinder. Still, Faraday was attempting to get into science, which was his real interest. In such an attempt, he wrote a letter to Humphry Davy along with the copies of notes he had taken during lecture classes. Davy was impressed with Faraday and appointed him as his assistant.

Faraday’s early works were based on chemistry. He studied chlorine as well as new chlorides of carbon. One of Faraday’s most practical and useful inventions was an early version of the Bunsen burner.
Electromagnetism and electricity were the main focuses of Faraday. Although, electricity was discovered earlier, it was Faraday who, through his electro-magnetic rotation model, played a critical role in providing a continuous source of electricity. His theories of electromagnetism also proved to be useful in the electricity industry in the 19th century. His continuous research works led to the discovery of diamagnetism as well.

Faraday also undertook various science projects. One among them was the study of coal dust along with another scientist named Charles Lyell. They became interested in this after a big explosion that happened in a coal mine in Durham in the year 1865. The recommendations made by the researchers were not acted upon until another tragedy happened in the year 1913.

Michael Faraday’s mental abilities started to decline during mid 1850’s which made him to do less research work than usual. He died at Hampton Court in the year 1867.