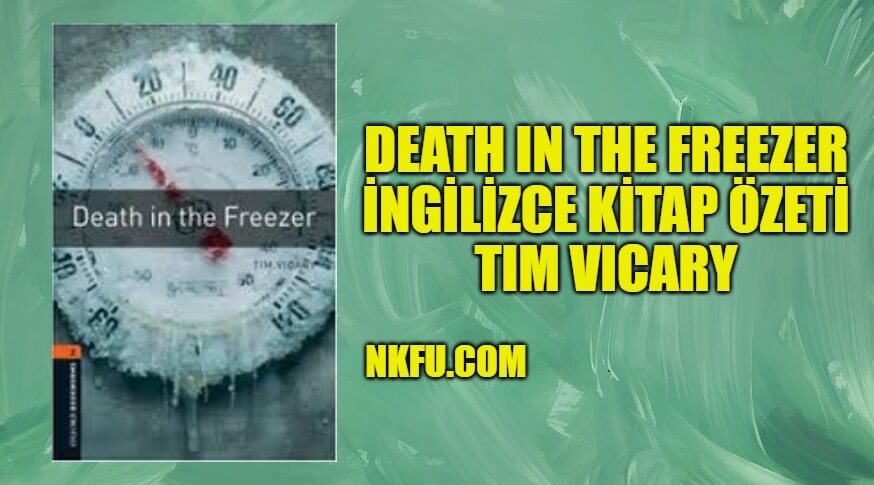 Death In The Freezer (Dondurucudaki Ölüm);

As a child, Ellen is jealous of her brother, who gets far more love from their parents. Later, when both poarents are dead, she and her brother grow closer. Ellen by this time is living unhappily with John and their three children, and Al is in a rock group. The group finds fame and Ellen spends a lot of her time looking after Al and his large house. When Al becomes addicted to drugs, Ellen tries to help bu stealing medicine from the hospital where she works as a nurse. However, relations worsen when Al doesn’t invite her on his world tour. Ellen had hoped to escape from her own poverty by being part of his life. Now, she realizes that there is only one way to get hold of Al’s wealth.

When Al comes back from his tour, he not only looks ill but has some new friends.

When Al comes back from his tour, he not only looks ill but has some new friends. (Dondurucudaki Ölüm) Dan and Linda Future. They look like business people but act strangely. Dan talks about how nobody need ever die. Ellen thinks he is crazy and wonders why Al likes him so much. Then, one night of his birthday, she finds the Futures alone with his frozen body.

Dan explains that Al dying of AIDS and that he wanted to be frozen so that he could be brought back to life when there is a cure. Until that time the Future’s Cryonics Company will look after Al’s property and finances. Ellen is furious and accuses Dan and Linda of killing Al and stealing his money. She cannot afford to take them to court, so she decides the only solution is to switch off the freezer that contains Al’s body. Future’s will have nothing to take care of and she will inherit Al’s money.

When the Futures finally discover Al’s thawed body they go to the police and Ellen is charged with murder.

At the trial, her lawyers argue that Ellen couldn’t have killed Al because he was already dead – and accuse the Futures of murder. Public opinion is on her side. Ellen is delighted because she thinks she will soon be free and Al’s money will be hers. She is so arrogant that she tells the court how jealous she was of her brother. The police lawyer cleverly lets her talk before showing the court three syringes. All of them contain deadly bacteria and Ellen’s fingerprints. Ellen was trying to kill Al before she turned off the freezer by giving him infected syringes. The court is stunned and Ellen is sent to prison unloved and lovely once again.