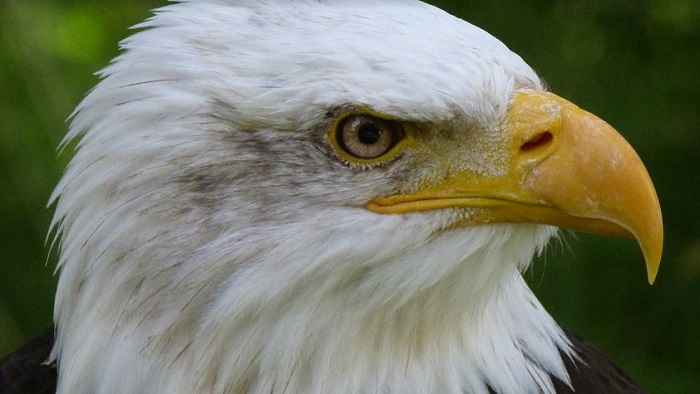 BALD EAGLE: A bald eagle’s white head may make it look bald. But actually the name comes from an old English word, “balde,” meaning white. These graceful birds have been the national symbol of the United States since 1782.

Bald eagles were on the brink of extinction because of hunting and pollution. But laws created almost 40 years ago have helped protect them, and they’ve made a comeback.

Female bald eagles are a bit bigger than males. Their bodies can be three feet (one meter) long, and their wingspan can be eight feet (2.4 meters) across. That’s about the distance from the floor to the ceiling!

Eagle nests are called aeries (AIR-ees). Bald eagles build their nests at the very top of tall trees so the eggs will be safe. Some parents come back year after year to the same nest, adding more sticks, twigs, and grass each time.

Babies, called eaglets, are born light gray then turn brown. When they are four to five years old, they develop their normal white heads and tails. In the wild, they can live to be 35 years old or more.

Bald eagles can soar over 10,000 feet (3,048 meters) high, and their great eyesight lets them see fish up to a mile (1.6 kilometers) away. When they attack, they drop down at up to 100 miles (161 kilometers) an hour! Then they glide just above the water, snag a fish with their feet, and fly off to eat it. 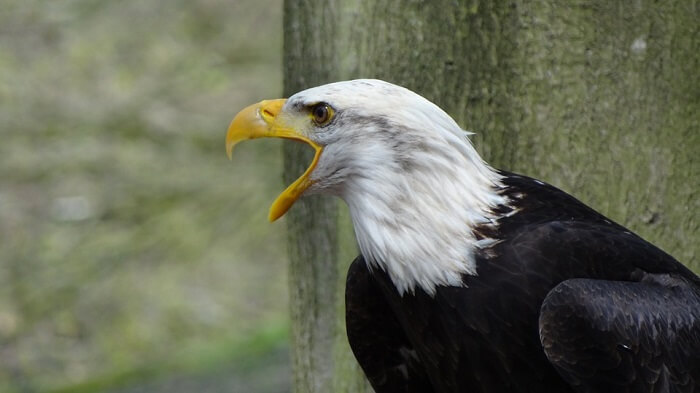